Via Planetizen, here’s a chart with some handy-dandy ACS data: 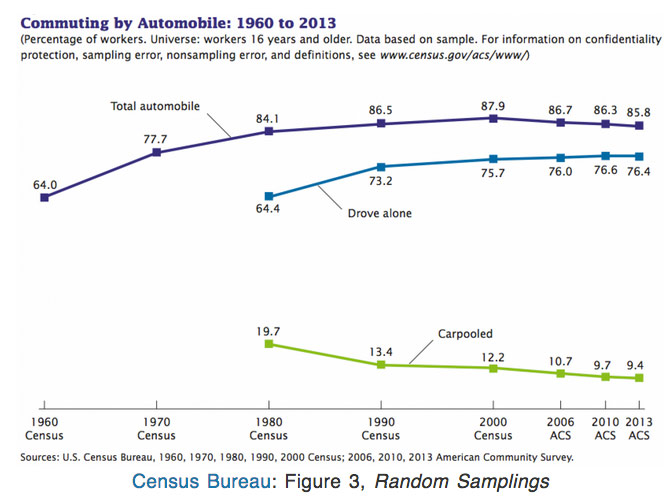 … the decline in auto commuting among millennials applies to those “who live in the principle city of each metropolitan area — so, not the suburbs.” A four-point decline [see second bullet above] may not sound like much (it means about 76.7 percent of these young urban workers still commute by car). But since 2006, the rate of their decline in driving is about four times greater than the national average. And, as the [below] chart shows, changes in commuting patterns happen gradually over many years.

So, it really matters where you live. And carpooling isn’t cool any more.

4 thoughts on “Chart of the Day: Commuting by Automobile since 1960”