I’m often intrigued by the differences in buildings on four corners of a junction — in form and function. Below are the four corners of Selby Avenue and Dale Street in Saint Paul.

This had been a vibrant area until Interstate 94 and its destruction of the Rondo neighborhood in the late 1960s. When I first moved to the Twin Cities, you generally didn’t go near here as the crime rates were too high. Businesses had moved out, storefronts were vacant, and many lots were empty. A friend’s girlfriend lived in the building in the first picture (recently remodeled) so I’d visit occasionally with him and see the beginnings of improvements. 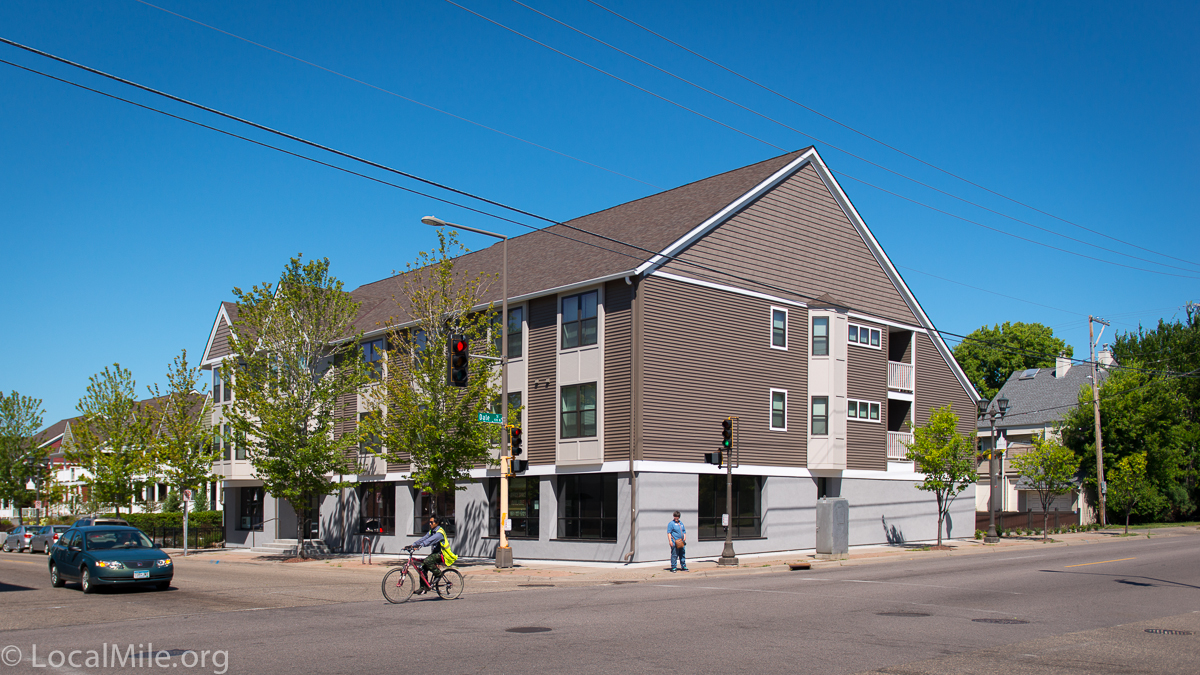 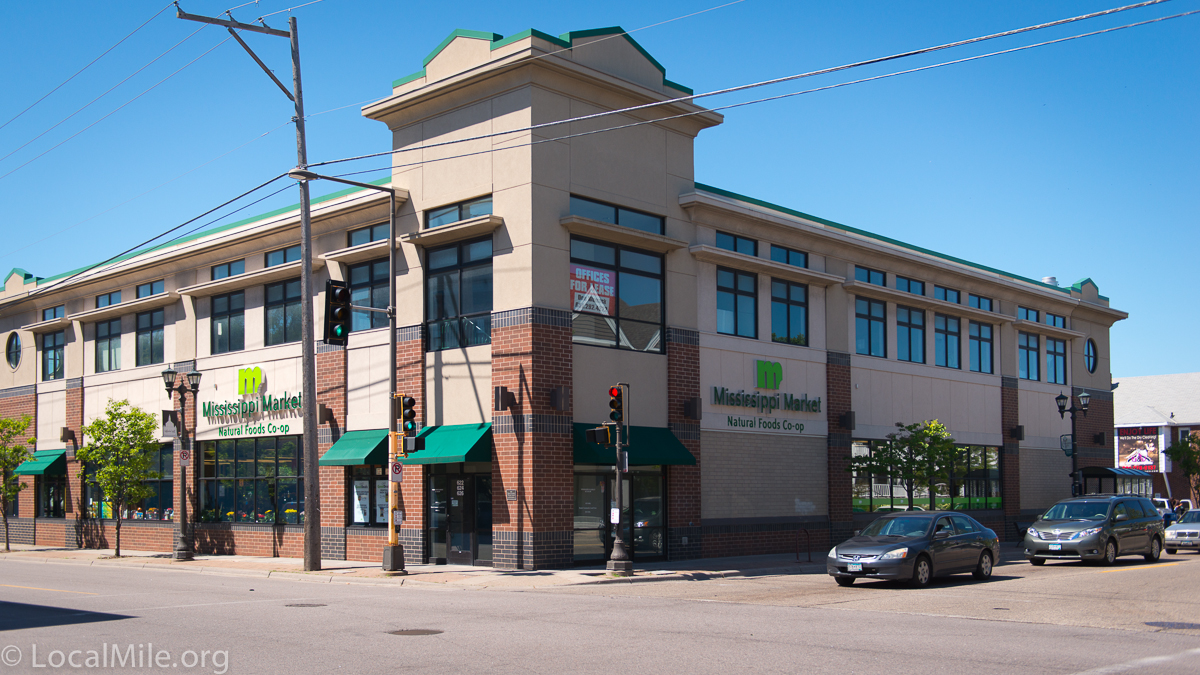 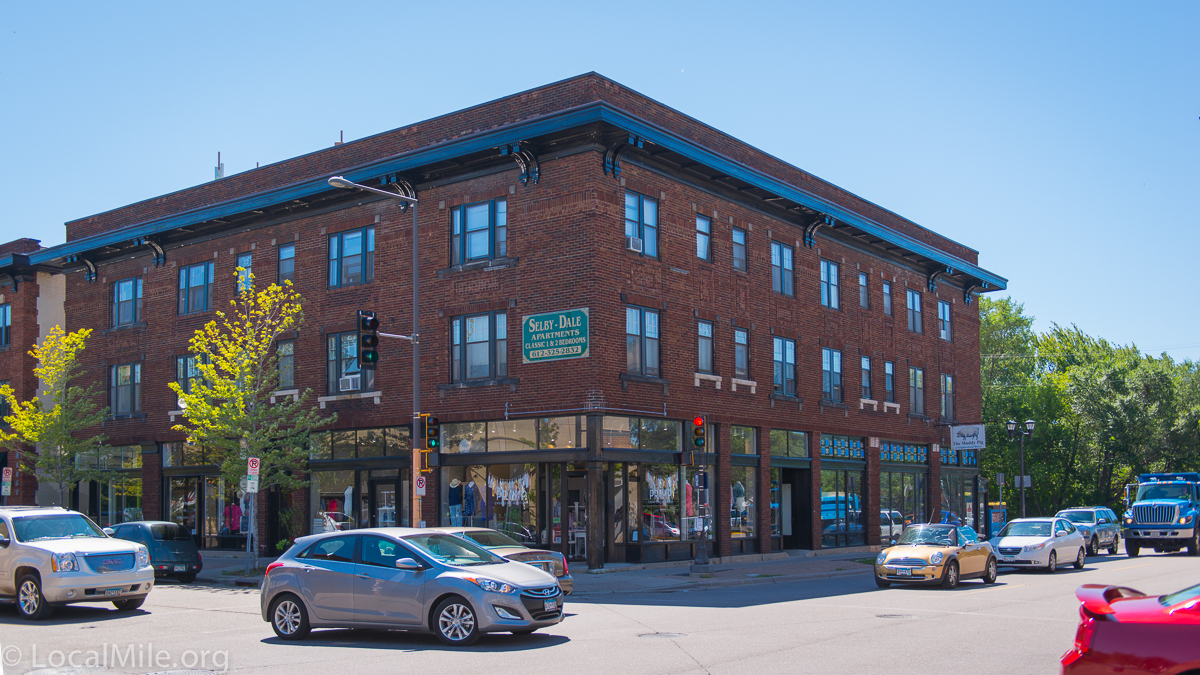 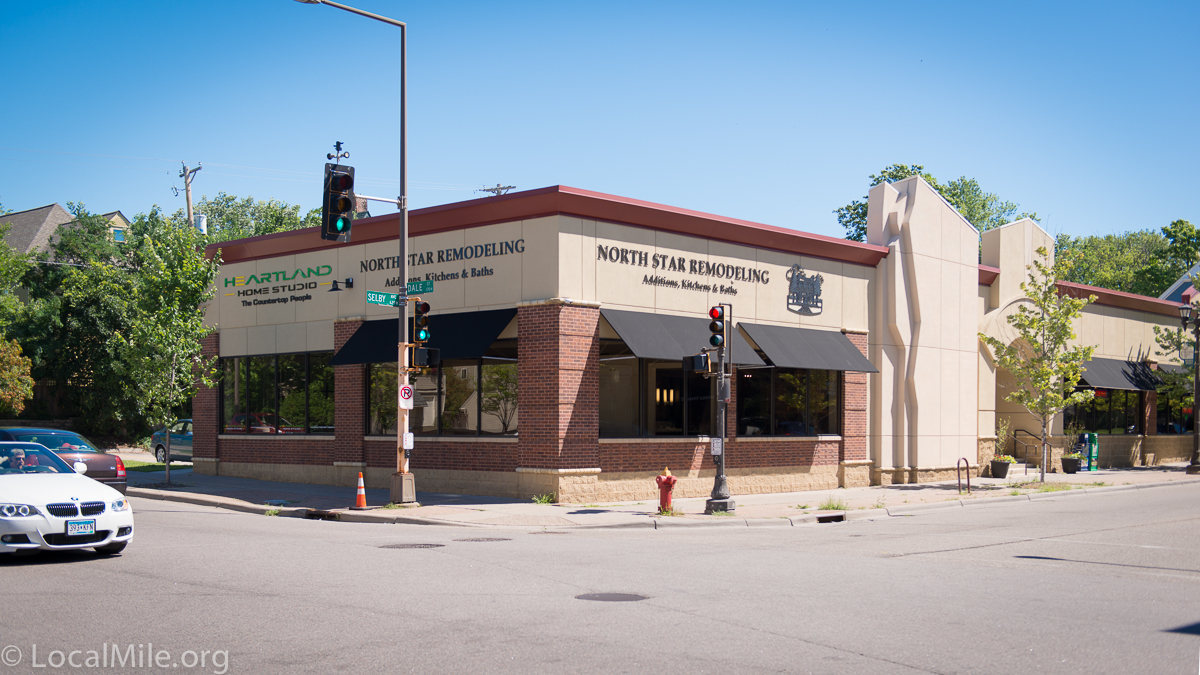 How would you rate these in terms of form and function? How well do they relate to the street? Are they pleasing to look at? Welcoming? Nice to walk by? Should they be replicated?