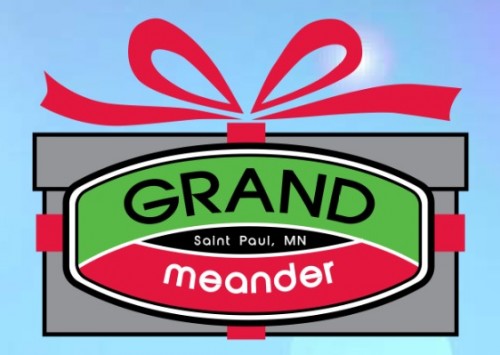 This past Saturday, I went with my family to the Grand Meander on Grand Avenue in Saint Paul. Sponsored by the Grand Avenue Business Association (GABA), this event featured lots of fun activities, including a 5K run, a soup tasting contest, and three art fairs. After corralling his reindeer at Ace Hardware, Santa had several appearances to make. Many of the retailers and restaurants had special promotions. The weather was comfortably warm and lots of people were out. The vibe on the street was great and everyone appeared to be having fun. Our plan was to hit the free pancake breakfast at the Tavern on Grand, take a ride on the free trolley, and then pick up a Christmas tree at Ace Hardware. The free trolley helped us accomplish this, and it was fun, but not without a couple hiccups. 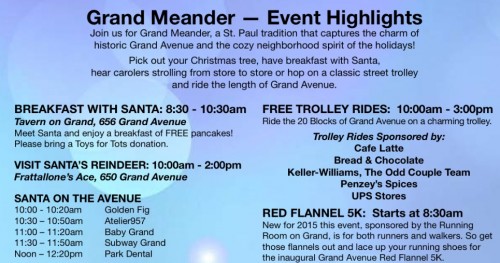 The official Grand Meander event flyer didn’t say where to catch the trolley, so after pancakes we started walking west to look for a stop. Not finding any signs within a couple blocks, we headed back to Ace Hardware. After a visit with Santa’s reindeer, we picked out a tree and headed back to the car. My two year old Daniel Tiger fan had his heart set on a trolley ride, so we decided to drive down Grand until we found a place to get on. We saw the trolley stopping at the corner of Hamline and Grand, so we parked and sat down on the bus stop bench to wait for the next trolley.

I thought, Wouldn’t it be nice if there signs to mark the trolley stops?

I asked the friendly Salvation Army bell ringers on the corner how often the trolleys were running. They had just arrived and didn’t know. The 63 bus pulled up to the stop to let off a passenger. We waved the bus driver along. As the wait dragged on, my oldest daughter threatened to walk home. Another equally confused family joined us in the wait.

I thought, Wouldn’t it be nice if I could check an app to find out when the next trolley would arrive?

Finally on board, we enjoyed our ride. The old timey trolley was cozy and cute, and for much of the ride, standing room only. Holiday tunes from Kool 108 played. My oldest daughter asked if the stop request cord actually worked. We soon saw that it did, sparking an argument between my daughters as to which one would get to pull it when it was time to get off. 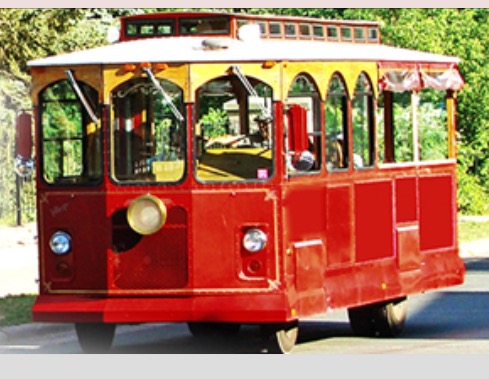 I soon noticed that the trolley stopped at any Metro Transit bus stop. And that people were getting on and off in different places, actually using this trolley to ride from one part of Grand to another. (I had thought this ride was just for fun!) At one particularly busy stop, the 63 bus passed. I realized I was riding a jam-packed pretend bus while a nearly empty real bus passed us. I couldn’t help but laugh. According to their website, Stillwater Trolley runs some entertainment-oriented tours in Stillwater and rents out for weddings, parades, and corporate events. Not typically situations where the trolley provides the exact same service as an existing city bus.

I thought, GABA is missing an opportunity to partner with Metro Transit. They could offer free rides within the event zone. With Santa busy on the street, why not have his elves board the 63 bus on Grand, handing out treats to kids and promoting the event? They could even play Kool 108. Kids who spend most of their time riding in minivans often get excited about bus rides. Adults who want to get to the next soup tasting might appreciate the marked stops and established schedule. There would be more seats available and better accessibility for strollers and those with limited mobility.

GABA recognized that on a busy event day with lots of pedestrian traffic, people need an alternative to cars to make their way along the street. The old fashioned trolley is fun, but it doesn’t offer as good a service as the 63 bus in moving people along the street. By promoting bus rides as part of the Grand Meander, GABA could make the statement that riding the bus is a normal, convenient, and even fun way to visit businesses on Grand Avenue. 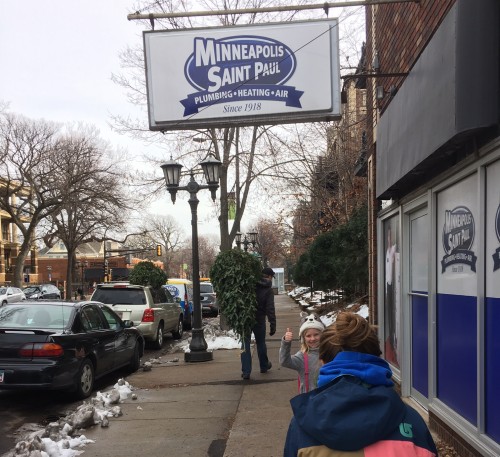 Hauling a Christmas tree down Grand Avenue after hanging with Santa’s reindeer. A fun time was had by all.

4 thoughts on “Riding the Free Trolley at the Grand Meander”