Lot going on in South Minneapolis lately! Just yesterday, the public got wind of two new proposals for buildings along the Midtown Greenway–five and six story buildings on both sides of Grand Avenue directly south of the Greenway. While there has recently been lots and lots of redevelopment west of Lyndale Avenue along what is generally considered the Uptown part of the Greenway, not much has been built on the Whittier side in the past decade, so this is kind of big news, in an economic sense.

proposals for both sides of Grand Avenue immediately south of the Greenway https://t.co/NS91RiZ6kY pic.twitter.com/c6d54LQP0h

The so-called “Lyn-Lake” business district centered on the intersection of Lyndale Avenue and Lake Street should, in theory, be one of the city’s most desirable and busy commercial nodes. There’s a ton of new residential that’s been built within walking distance, filling in some gaps in what were already and still are stable, prosperous, and densely-populated neighborhoods. For all that new density (thousands of units!) not much new retail space was added. There are a couple spots in Lime along Lyndale Avenue. There was a decent amount over in The Walkway (i.e. the hot tub building) but that’s over closer to Hennepin Avenue.

There’s something weird going on over at Lyn-Lake, though. It’s full of vacant commercial space! Two corners, previously home to Falafel King and Milio’s, are empty. Caffrey’s closed after much speculation. Country Bar closed, Tatters closed, Serendipity Road closed, and so on. There’s a natural churn to business of course, that’ll happen, but the issue here is that the spots are still vacant.

Yesterday, local celebrity and dog owner Phil Schwartz went out and took a bunch of photos of the area…let’s take a looksie. 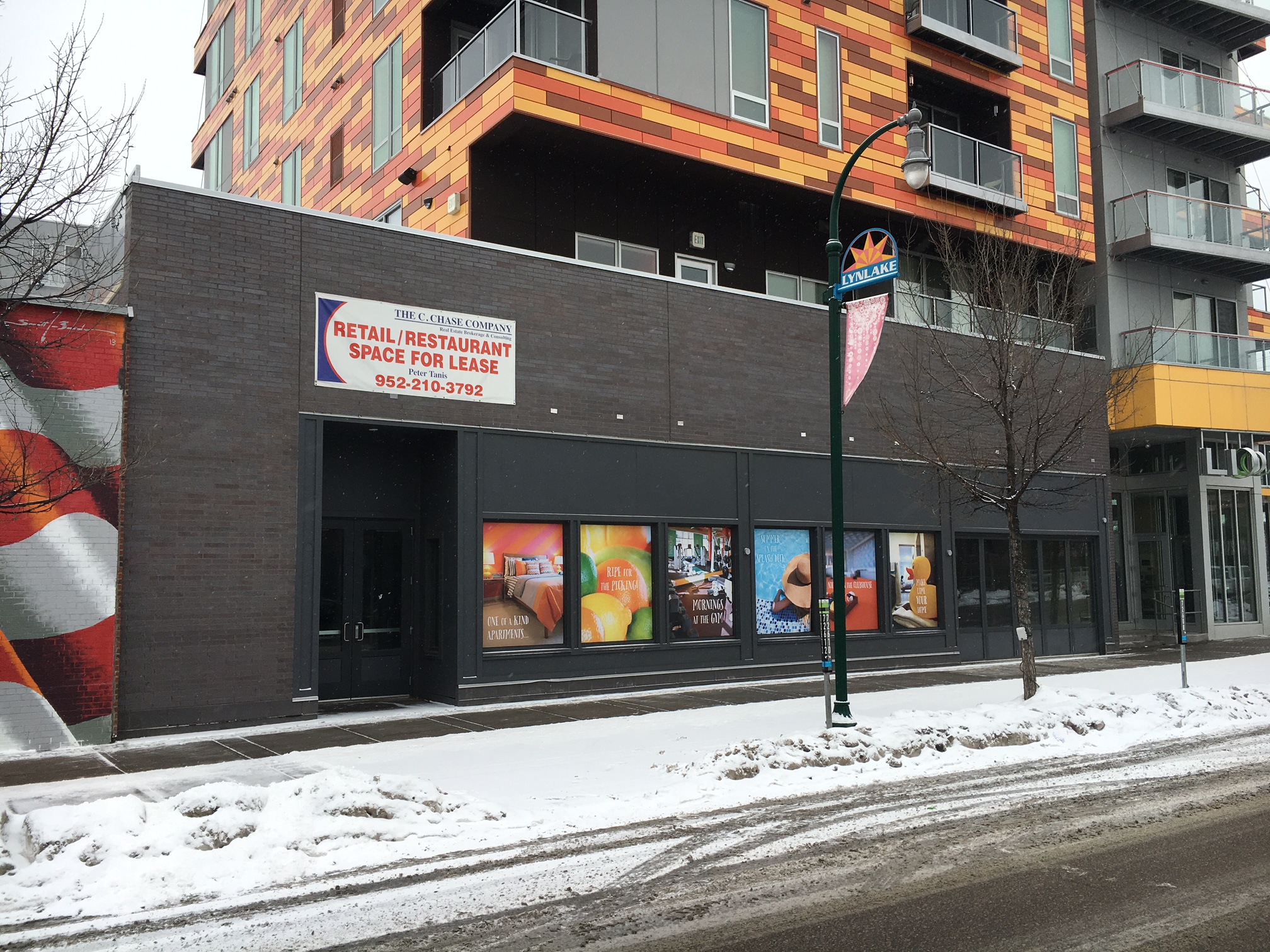 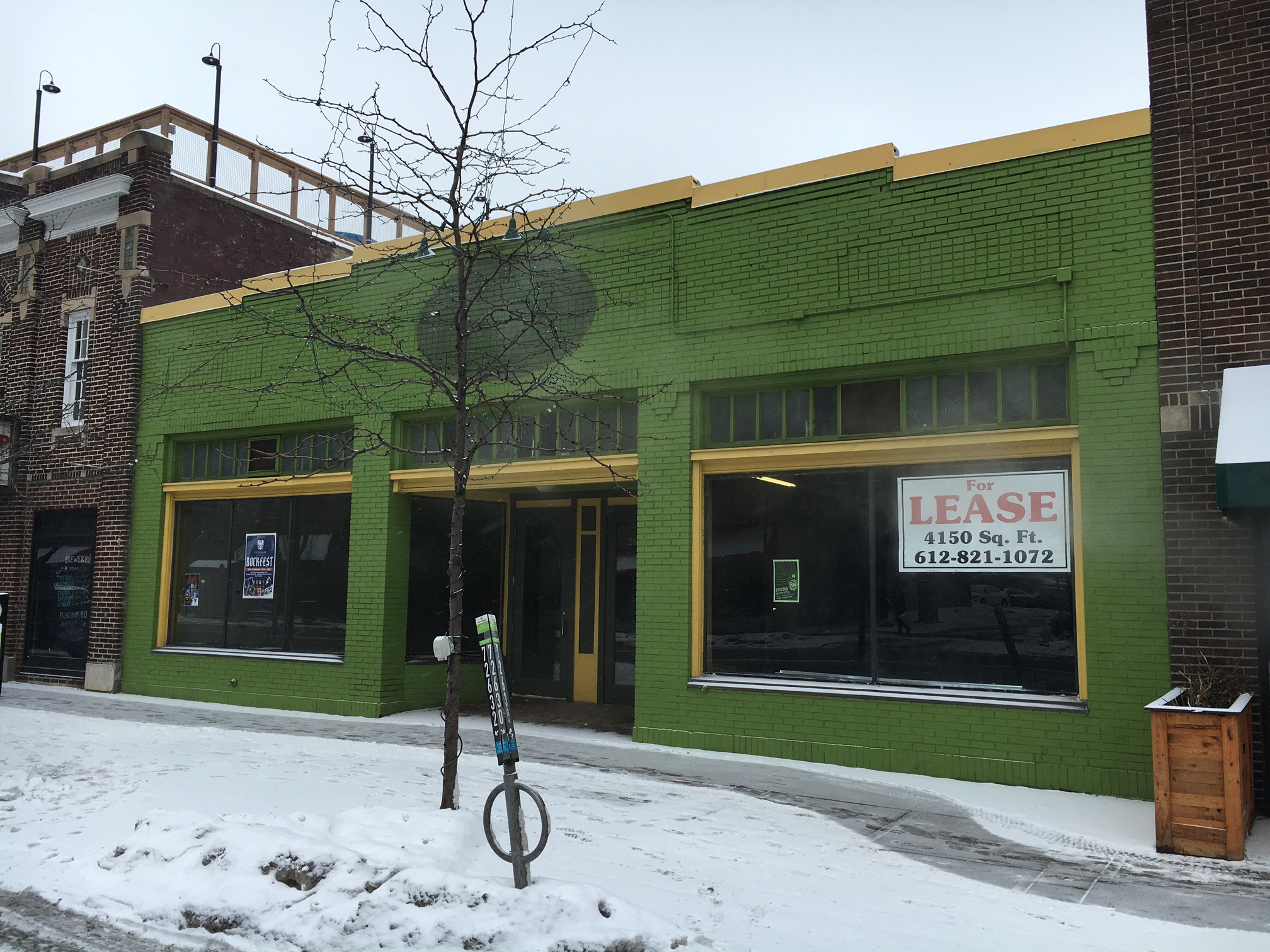 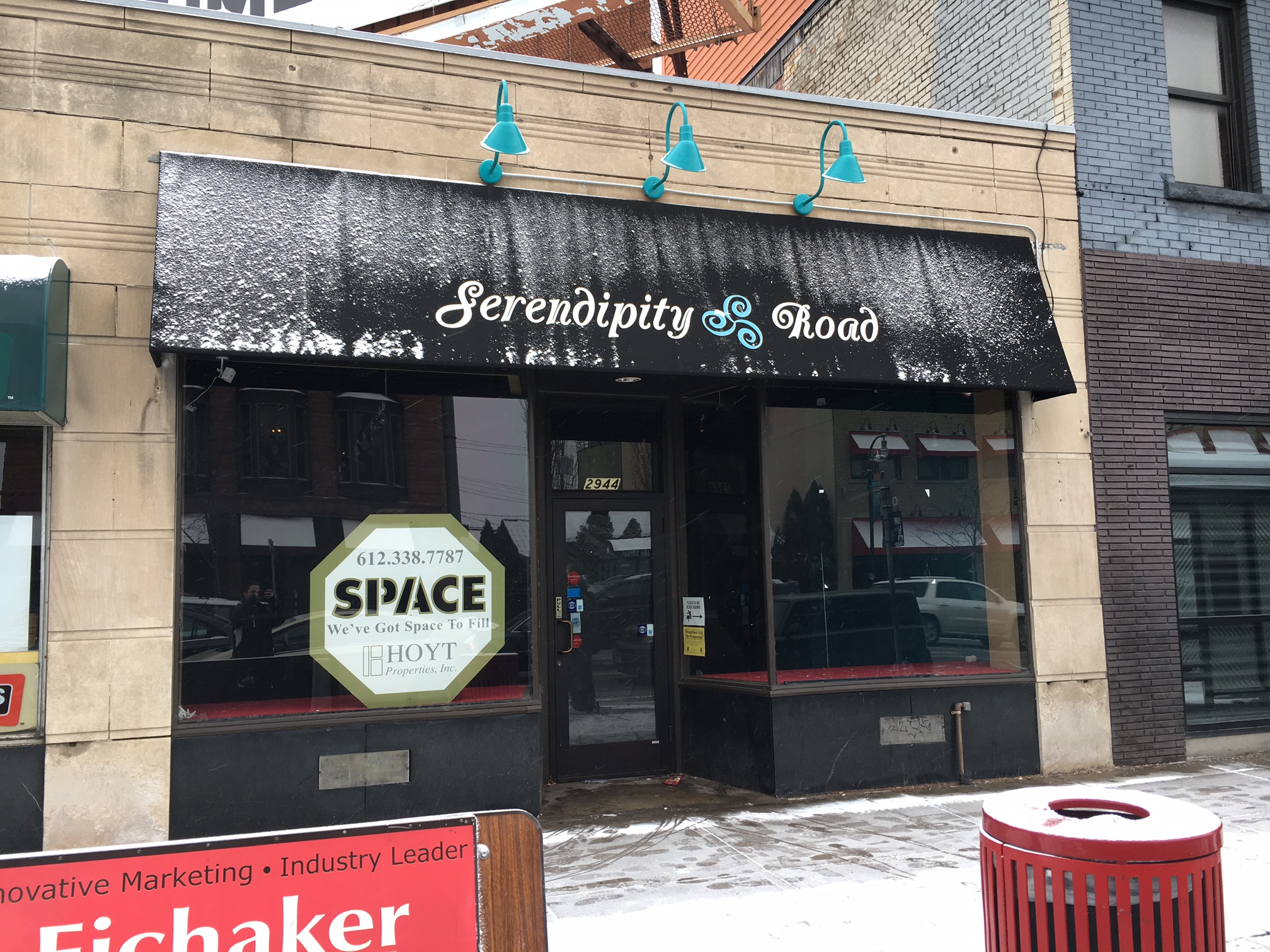 The former Serendipity Road space has been vacant since last year 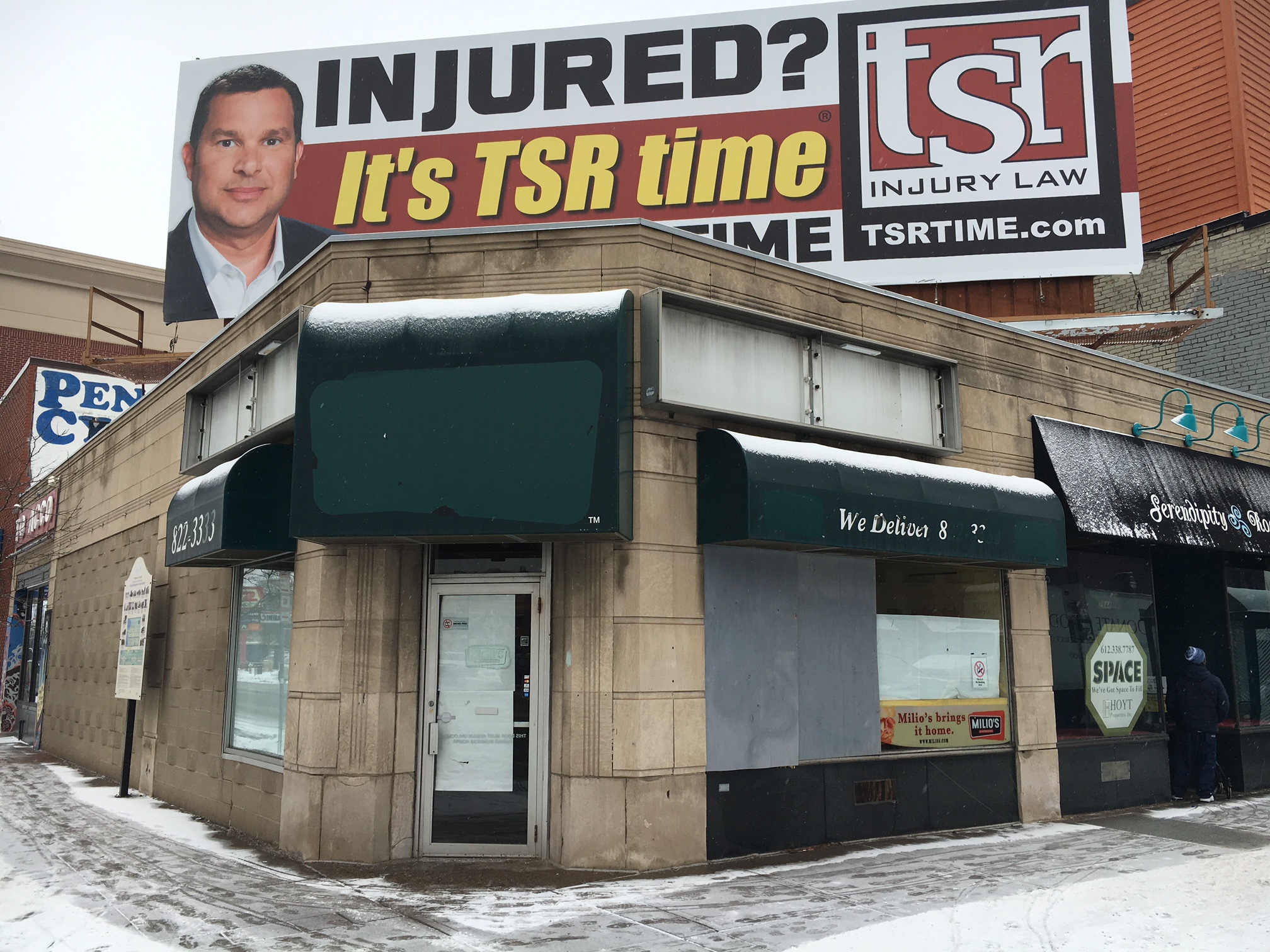 Next to what was Serendipity Road, Milio’s on the northwest corner of Lake and Lyndale closed last year 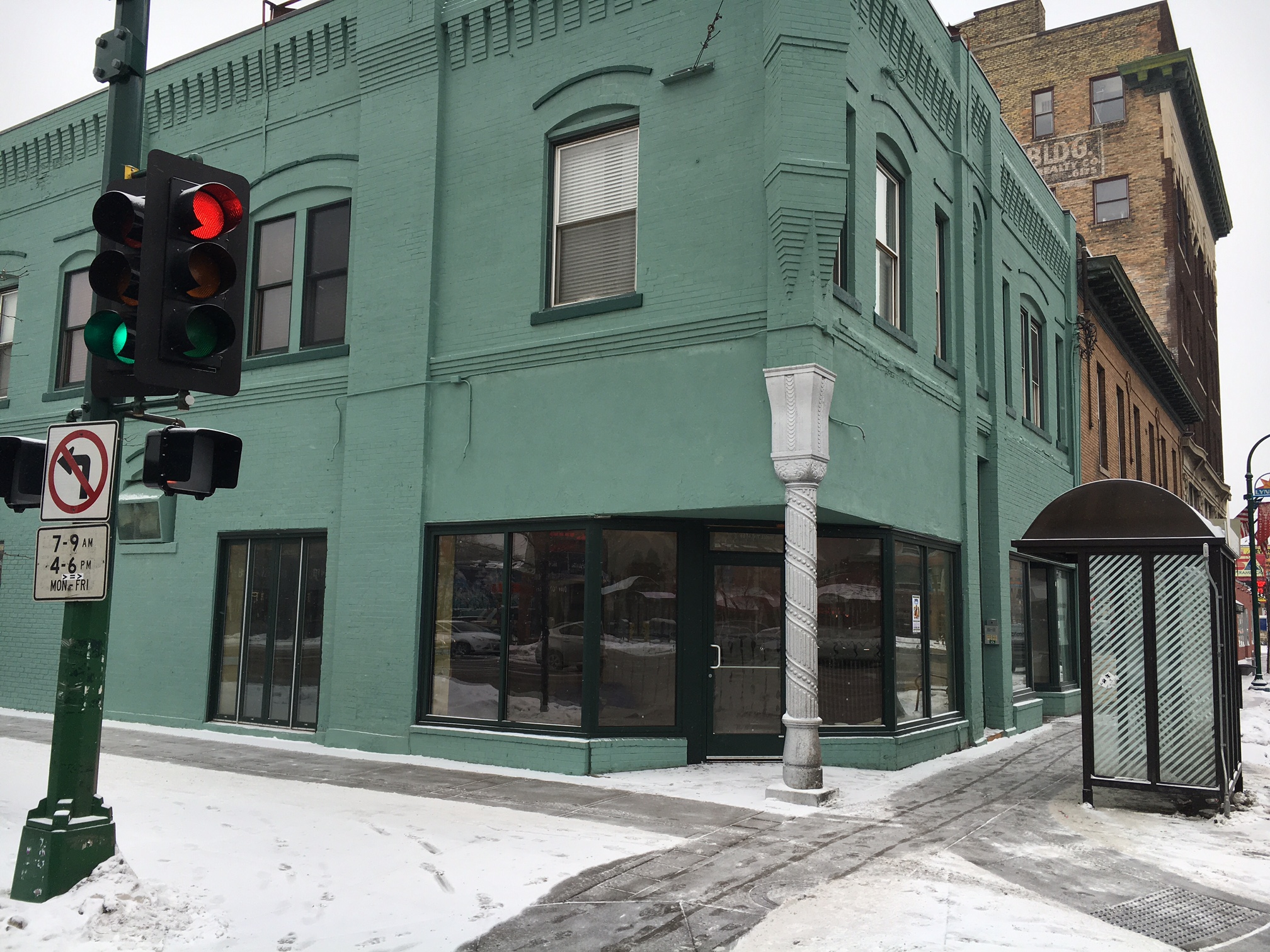 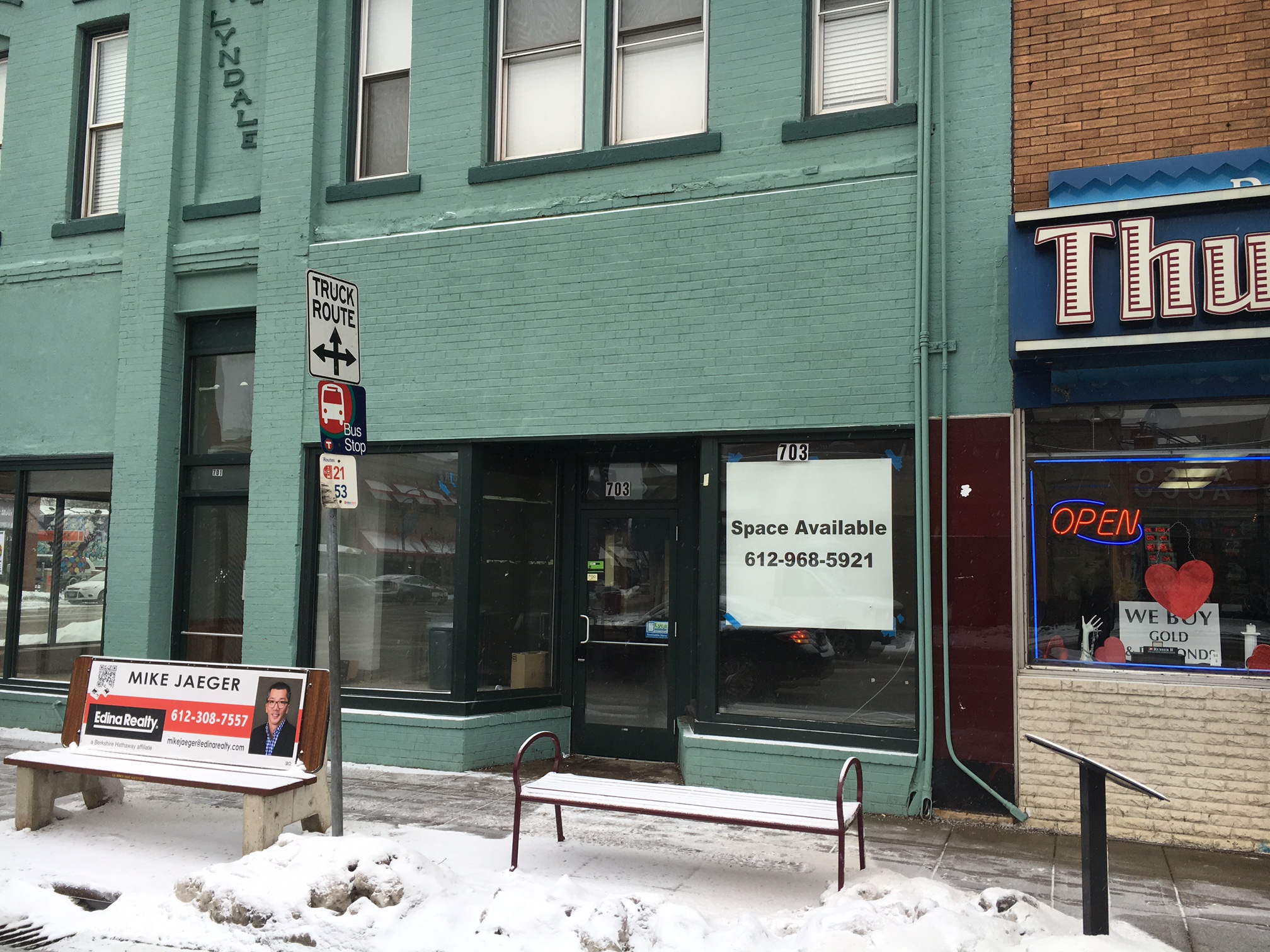 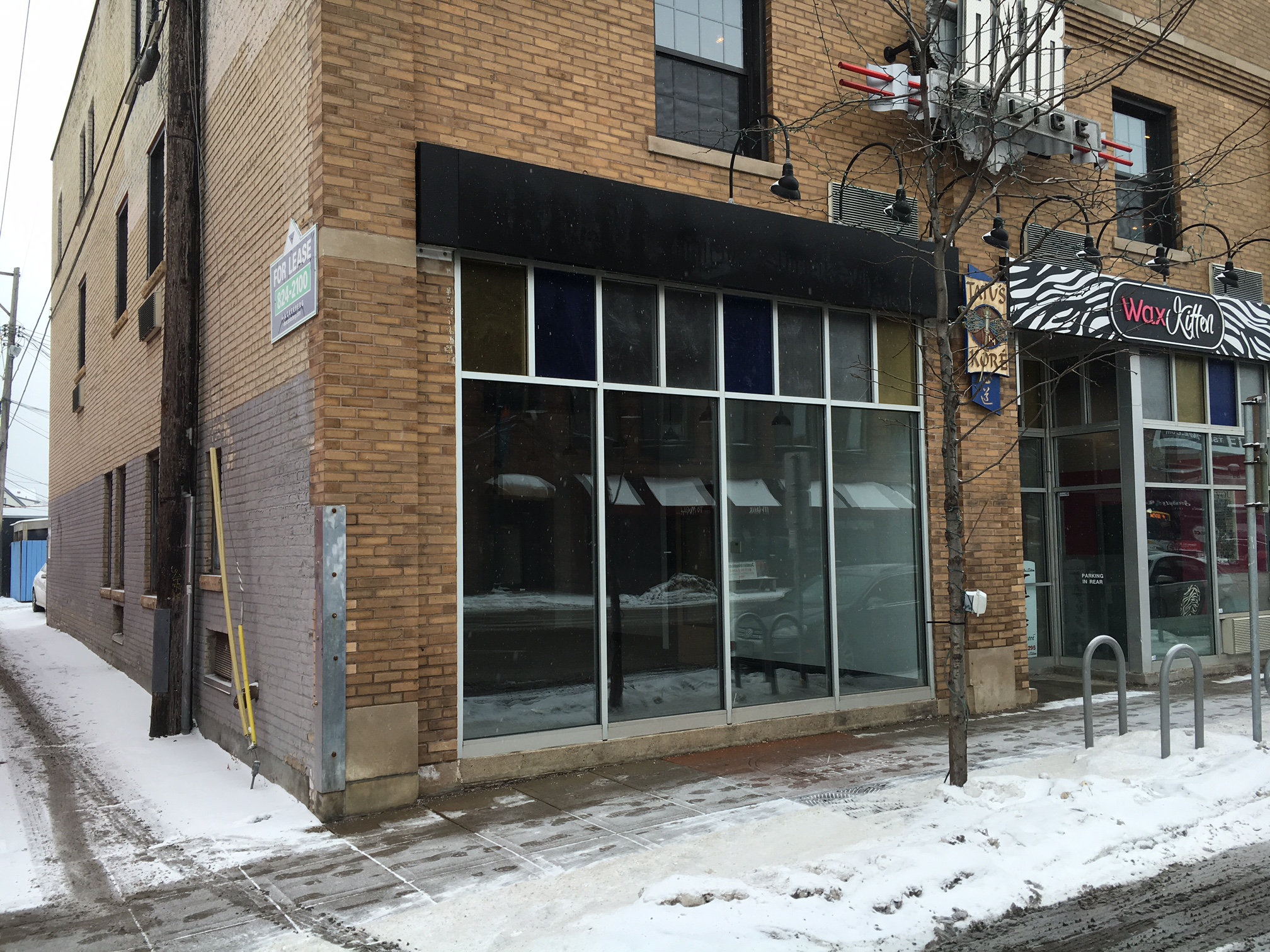 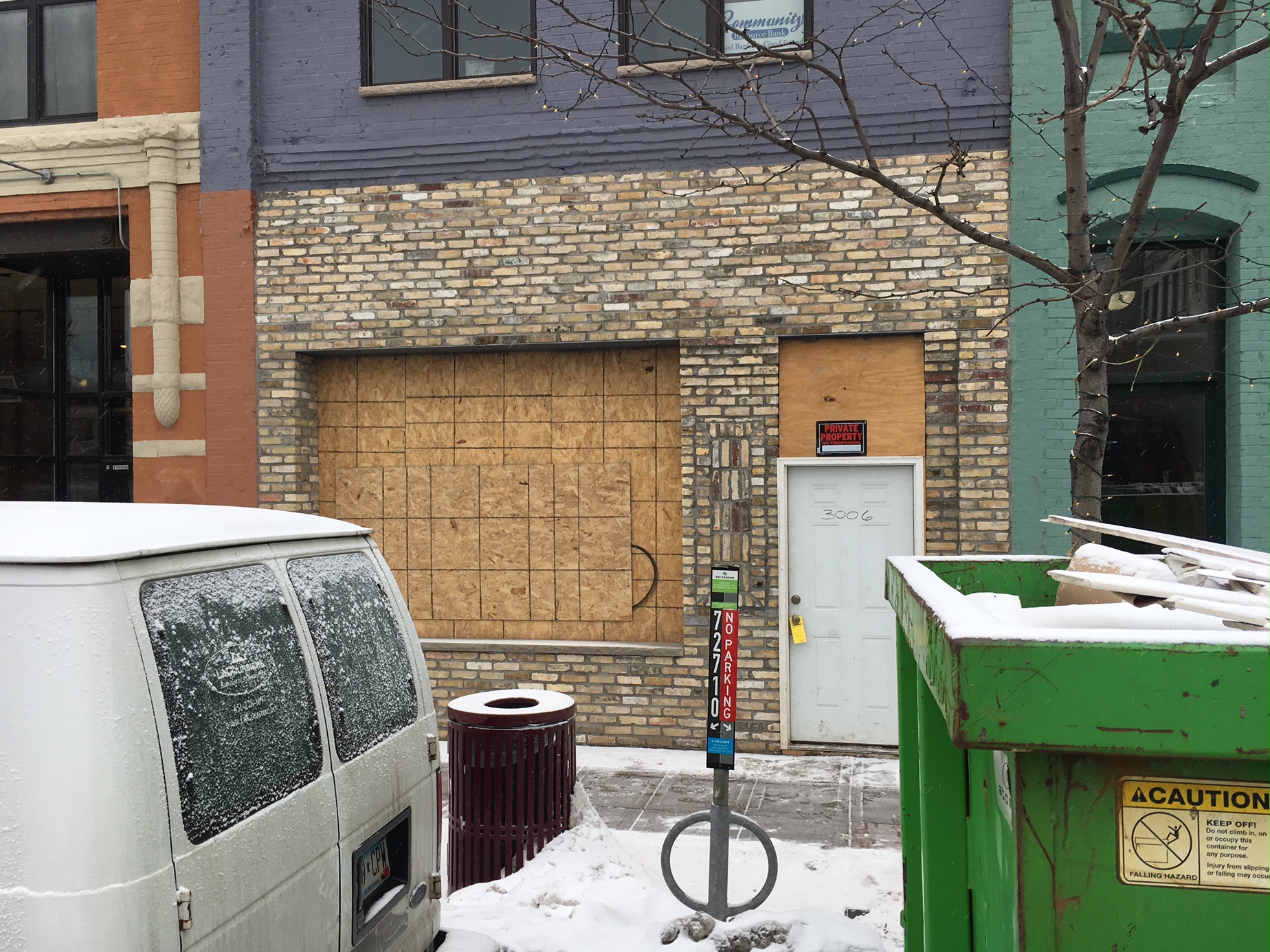 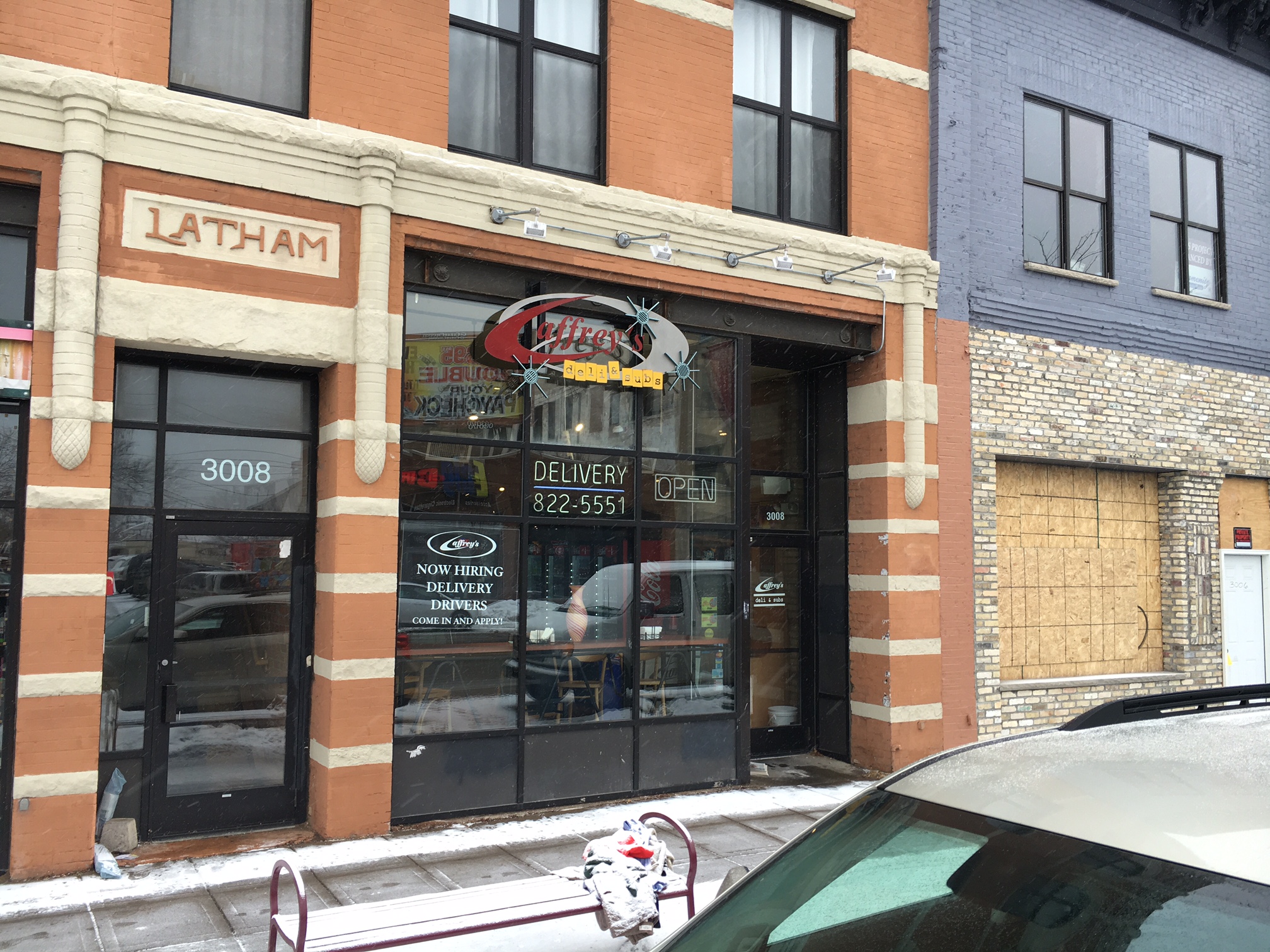 Area resident Matt Brillhart was devastated by the closing of Caffrey’s, next to Country Bar & Grill. There was a lot of confusion about their drawn out closure last year 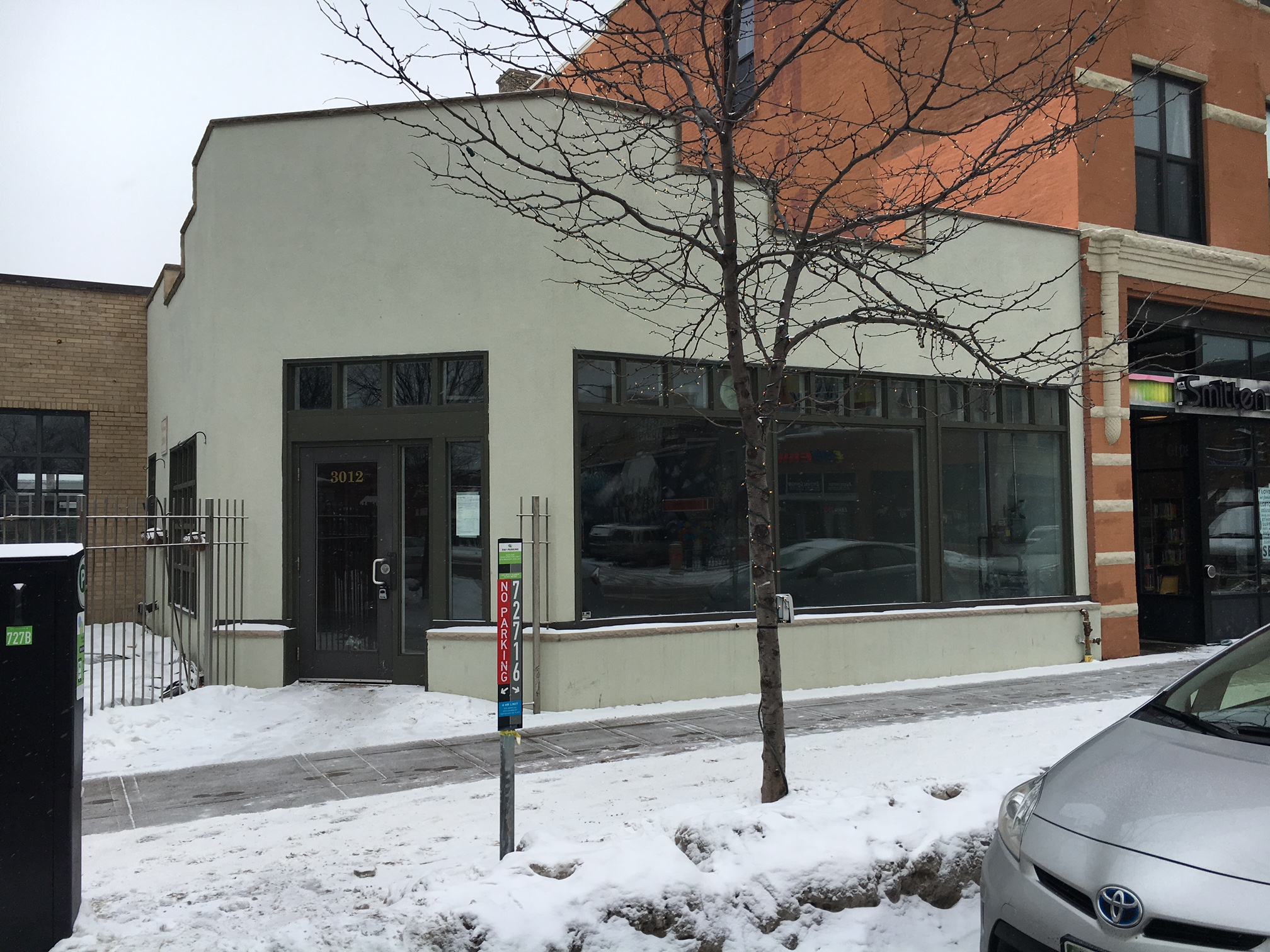 A couple storefronts down from what was Caffrey’s is another vacant spot, Metaphysical/Eye of Horus moved west down Lake Street a couple years ago 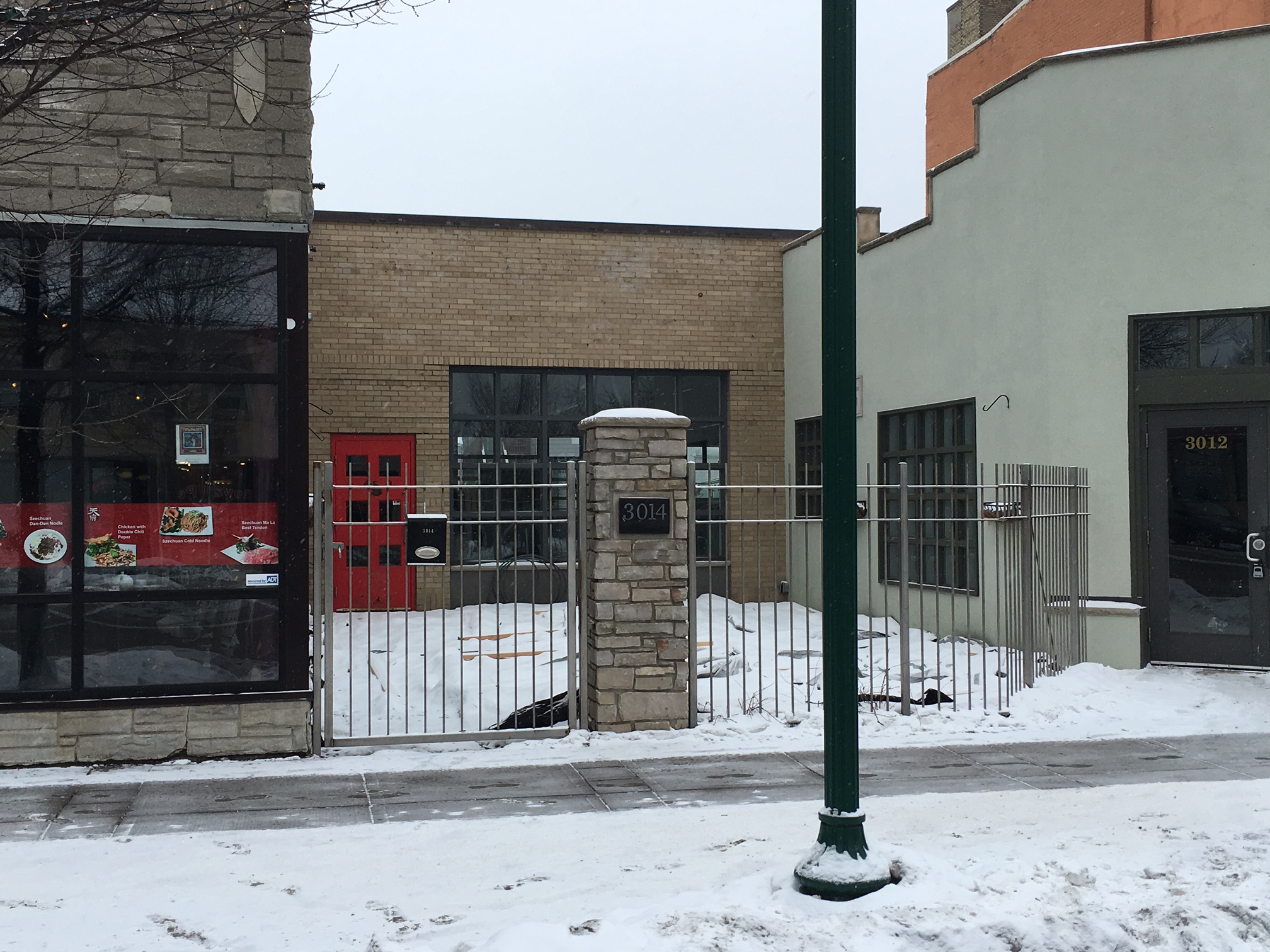 Next to that, Defiant Tattoo at 3014 Lyndale has closed, though their website is still up 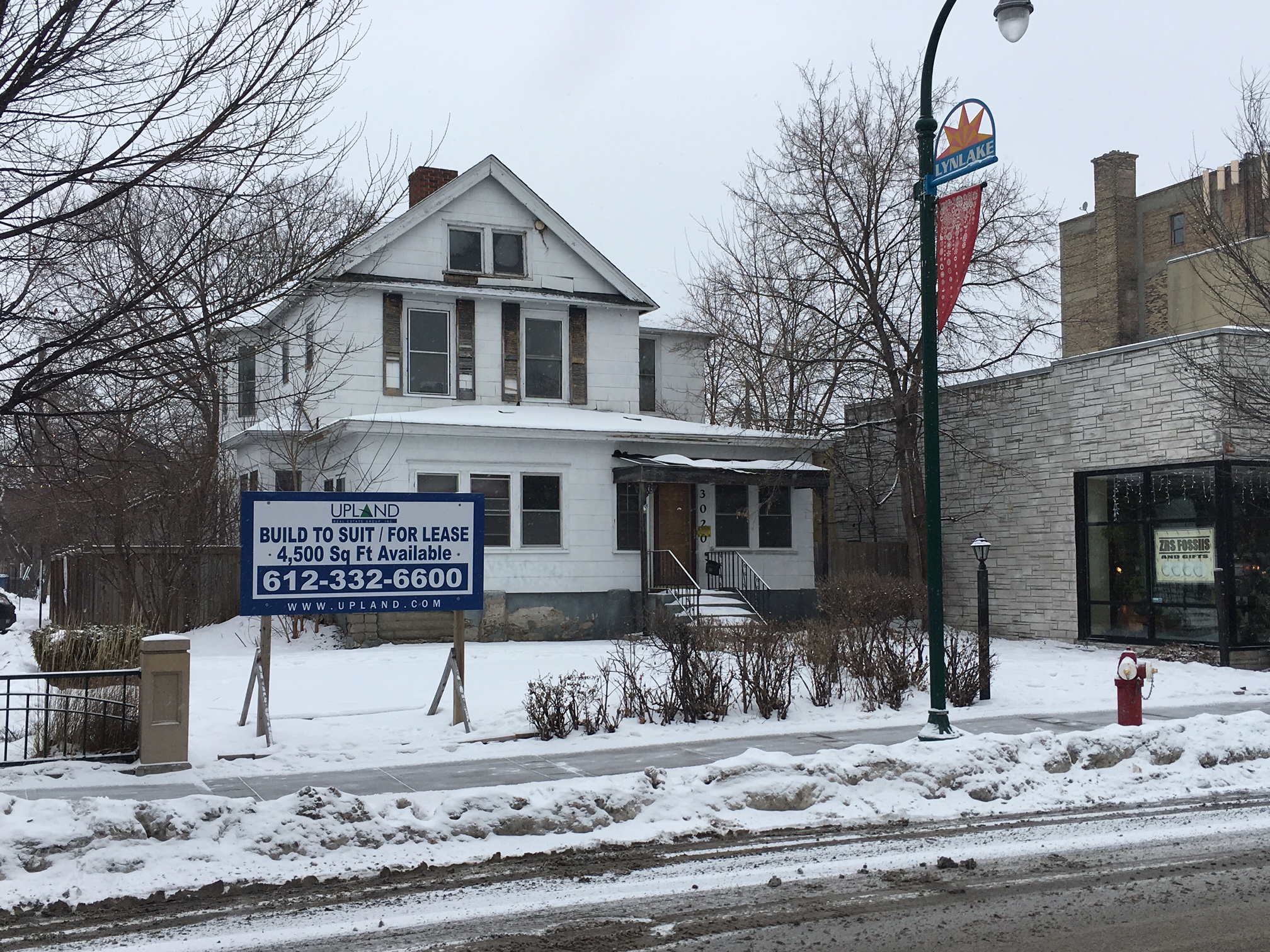 Weird, huh! It’s not a huge area; these spaces are all within a couple minutes’ walking distance of each other. Other than Milio’s (and, technically, Falafel King) they’re all small businesses. Is that the issue? There are still plenty of locally-owned small businesses still thriving in the commercial heart of Uptown over at Lake and Hennepin, and there’s a pretty good example of fully-leased-by-small-local-businesses retail space in a newly-built apartment building a couple blocks up at 28th and Lyndale, though that building was built with subsidies and may not be subject to the same market pressures.

Any ideas? I would like to open a bagel shop somewhere around there, let me know if you have like $500,000.

20 thoughts on “Photo Essay: The Vacant Storefronts of Lyn-Lake”