I’ve seen the amazing Minneapolis slum map a few times on the internet, including a nicely colored version with much more legible text. Anyway, from the Met Council’s compelling Choice, Place, and Opportunity report, detailing racial inequality in the Twin Cities, here’s the Saint Paul version of that map. 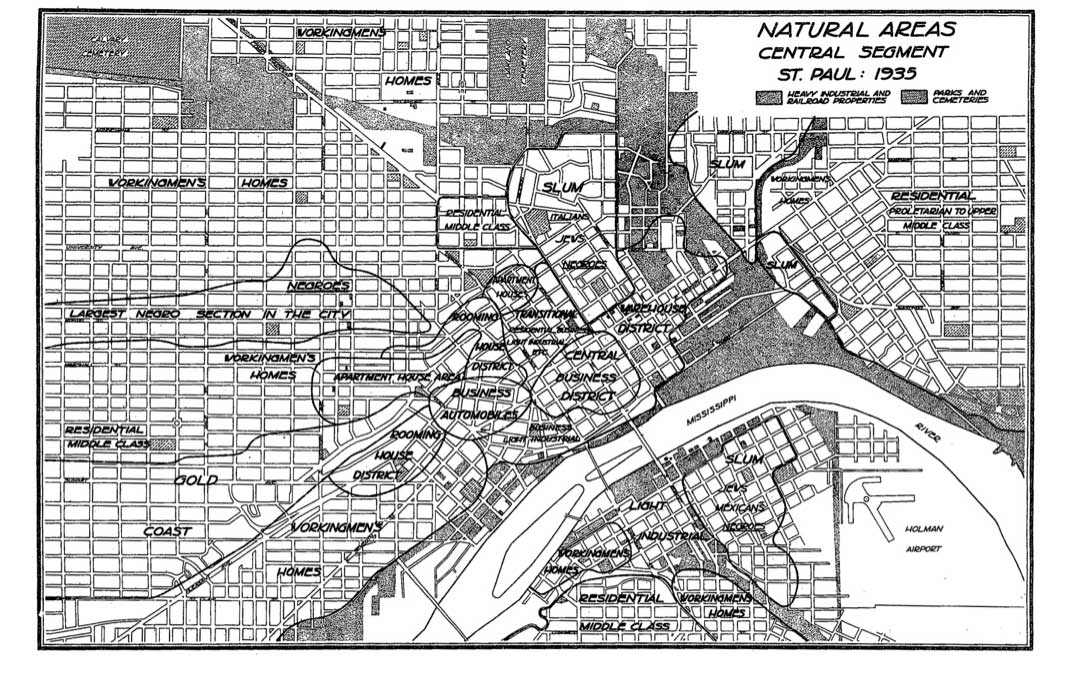 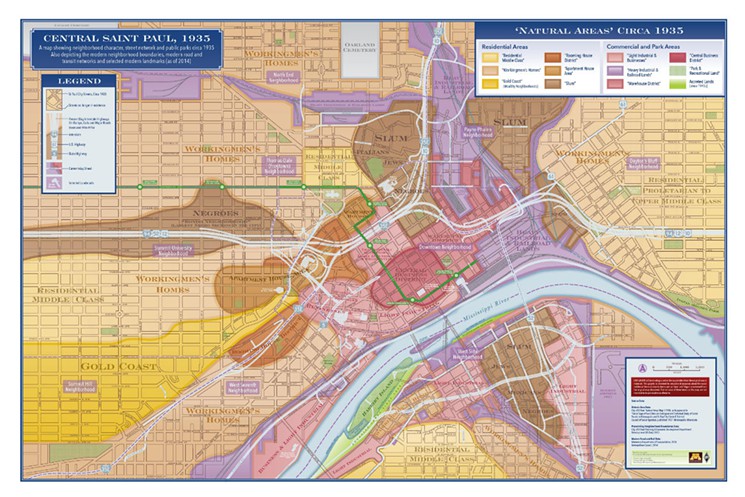 For some much-needed context, Twin Cities geographer Dave Lanegran’s book, Minnesota on the Map, outlines some of the thinking behind these maps:

The study … produced a massive compendium of statistics, graphs, and charts based on research funded by grants from the Federal Writers’ Projects.  The grants employed a large but unknown number of young social scientists to gather an analyze data on population trends, housing and “social and persona disorganization.”

Human ecologists [like the report’s author Cavlin F. Schmid] labeled these Twin Cities maps “Natural Areas” because they believed that there were natural laws governing societies comparable to the laws of nature. These laws worked outside human control and create natural areas of the city. The areas of greatest concern were slums, where people lived in degraded and dangerous conditions, and the social scientists mapped these areas block-by-block.

I wish I had a copy of this book! Believe it or not, early urban sociology (like the famous “Chicago school“) was pretty radical at the time, in that it actually tried to think about how urban race and class divisions worked, and to take seriously the connection between housing, urban neighborhoods, and poverty. But they made some troubling assumptions about the connection between environment and behavior, and. in some ways, some of these biases can live with us to this day.