I’ve written previously about the infinite improvement that the proposed concept for the Hennepin Avenue Reconstruct represents, here. Of course, my hopes for it are as eternal as the empty lot at Block E once felt. I’m leaving out the possibility of lane reductions; the mess of laws and customs governing those is beyond my scope right now.

My biggest dream, the one that becomes very unlikely with federal approval of the current concept, is a slightly meandering Hennepin Avenue chicane. I first encountered these as a means to calm traffic and provide a more humane experience for all users, but in this case, a chicane per the diagram above solves the following:

No Chicane
Walking ROW narrows to 9’, below what Access Minneapolis’ Design Guidelines for Streets and Sidewalks recommends (20′) or even calls “acceptable” (15′).

I thought about making this list longer, but that right there says it all. In a vibrant downtown realm, a 9’ ROW for the sidewalk is underbuilt, especially given peak foot traffic volumes (the City doesn’t yet track this information, but anybody who’s ended up downtown during events knows how full sidewalks can be).

In my to-scale diagram, the transit islands are 8’ wide, narrower than the 9′-12′ shown on initial sketches. Because Hennepin serves primarily relatively frequent and regular local lines, rather than infrequent rush hour suburban routes, the pattern of waiting is different and a potential capacity problem at the stops would be better mitigated by solutions that don’t reduce sidewalk throughput (e.g. increased frequency/volume). I’ve also kept the bike lanes at 7’ wide for the full length, rather than narrowing it to 6’ at certain points.

The four (and even five) lanes of traffic still in the proposed Hennepin Avenue reconstruct comprise dangerous design for those who are walking or biking downtown, particularly when crossing multiple wide lane one-way streets. But even while ceding to the pressures that give driver LOS primacy, we can create more human-centered streets. Intersections are the most dangerous places in our transportation system; when we feel we must keep four lanes or more, we still have many options at our disposal to make sure we reduce the chance for injury or death to those walking and biking. The next two ideas can both be implemented even after federal funding is secured, because neither requires a change to curb lines. 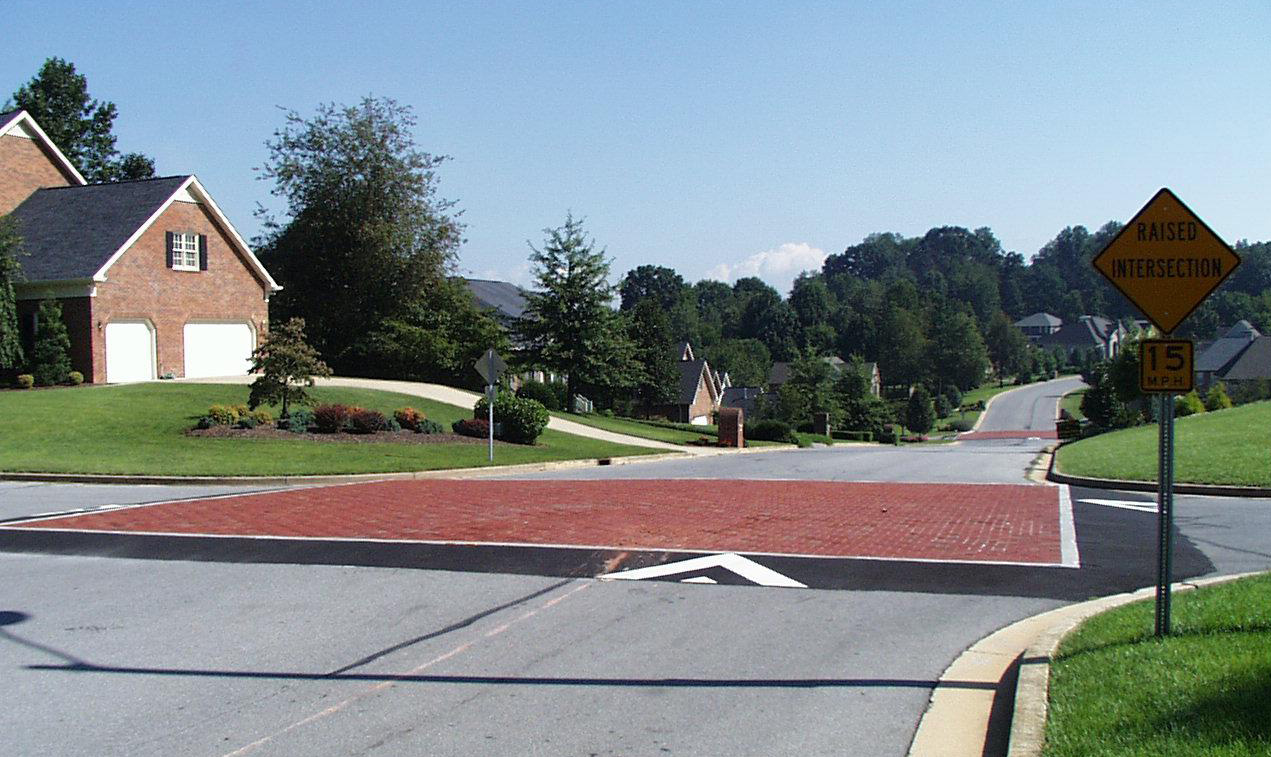 In this design, rather than forcing those who are walking (and in the case of raised protected lanes, biking) to adjust to the level of drivers, drivers themselves go up slightly to meet the level of the sidewalk and bike routes. These intersections have a couple of important advantages over current grade-separated crossings in Minneapolis. A scramble intersection is a signalized crossing where people who are walking have a green light that allows them to cross in any direction in one light, including diagonally. At least a few of the intersections on Hennepin Avenue downtown could benefit from judicious use of a scramble intersection to help improve LOS for those walking as well as those driving. As anyone who’s spent much time downtown knows, walking comes first here by usage, if not by design. It may not fully show up in the city’s street plans yet, but every time a group of people on foot “declares quorum” and crosses against the traffic signal, or a crowd spills out from the sidewalk into the street during an event, we’ve had a coup against the ruling forces.

There are, of course, nearly infinite ways to improve walkability, bikeability, and transit downtown through the Hennepin Avenue Reconstruct (and an equal number of ways to make sustainable transit less attractive), even without reducing lanes or addressing land use.

I’m really excited by what Minneapolis’ public works department has brought forward so far. I’m eager to see our planners and engineers use the Hennepin Avenue Reconstruct as an opportunity to dive further into how we can design and promote safe, efficient streets that truly reflect our multi-modal priorities, protect those who walk and bike from needless injury and death, and balance moving all modes efficiently with creating a sense of space for those who work, play, eat, shop, mourn, love, party, learn, celebrate, and live in our downtown.