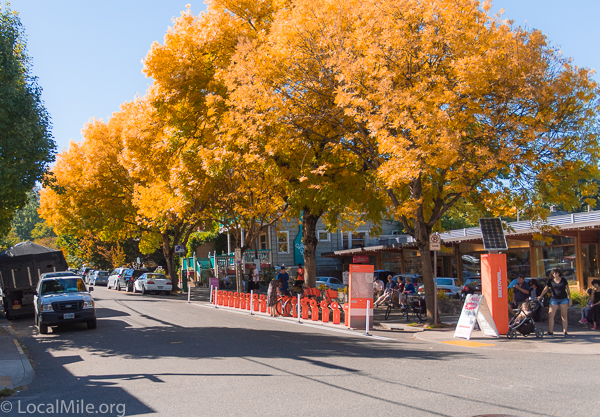 Portland’s bike share, utilizing the Social Bicycles system, opened in July of this year. I got to try it out for a few days this past September.

My initial experience wasn’t so great. The BikeTownPDX website did not provide a very good explanation of how things work for Single Ride or Day Passes. I called and talked two very friendly people who were also unsure how it works, and neither could answer my questions, such as “Do I need to pre-purchase single rides on the website or can I get an account, ride, and then you charge me for them after the fact?”

Time for some trial and error.

Well, you apparently do not need to pre-purchase after the first ride. At least based on my experience. Once I had my member number I was able to use the system to my heart’s content, and it showed a continually growing negative balance in my account. After a few days I received an email that they were going to charge my credit card for the debt and they promptly did. This worked well. 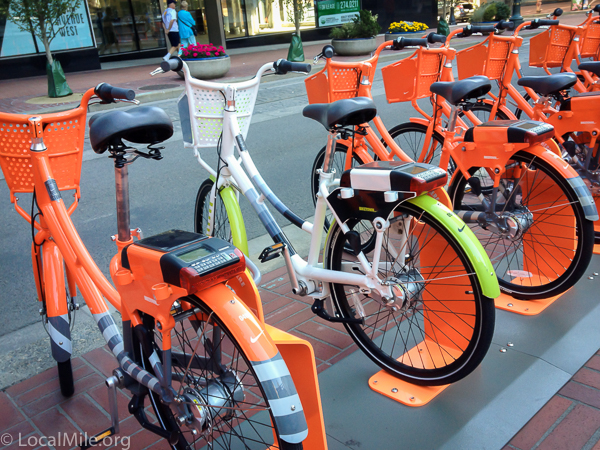 All of the bikes seemed in good condition, though they are also all brand new. Seat adjustment was quite easy, well marked, and seats are keyed to not rotate which is very welcomed. I wouldn’t have minded a larger front basket, but the 8-speed gearing came in handy on a couple of hills.

The geometry and fit of the bikes seems better than other bike share systems I’ve used. I’ll emphasize ‘seems’ though, because it’s difficult to really know without trying them all side-by-side. I have ridden share bikes from Minneapolis, Portland, and Birmingham within a two-week period and London and NYC just a bit before, so a somewhat close comparison. 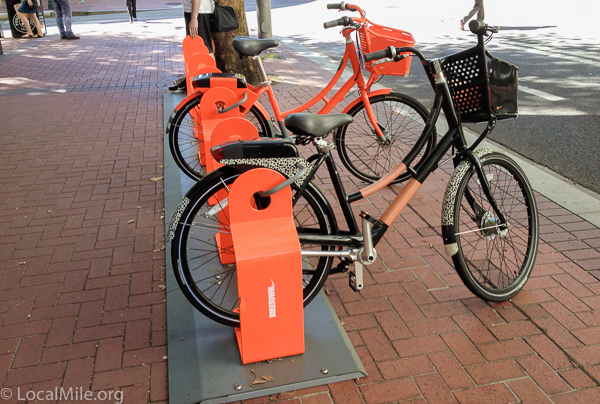 The racks do not need any electronics so are fairly inexpensive and easy to place anywhere. The bikes attach with a special U lock (grey) and can also be easily locked to non bikeshare racks. The Air Safari above was my favorite Sneaker Bike.

The system with all electronics on the rear rack underneath a small solar charger worked well. I would very much liked to have had it work with the RFID in my iPhone (actually my previous iPhone that did a faceplant a few days prior leaving me using my older non-RFID iPhone for this trip.) Alternatively being able to purchase an RFID card like Birmingham’s Zyp would have been a good option. Each time I grabbed a bike, I had to find an email with my 6-digit account number and 4-digit PIN. Certainly not a big deal but an RFID system is a bit easier.

Update: I have since learned that you can purchase an RFID card from one of the 20 hubs that have a kiosk for $3. If only I’d taken a few hours to read through all of the FAQ’s and stuff before I used the system. I, and you, will now know for next time. BTW, I emailed BikeTownPDX with a question about the cost of these and received a reply 4 days and two cities after Portland.

Better yet, a single RFID card and account similar to The Netherlands OV-Chipkaart (and soon London’s Oyster) that works for bike share and public transit would have been very welcomed. Why more US cities aren’t doing this baffles me[1].

One big advantage to this system is that bikes do not need to be returned to BikeTownPDX hubs. This is particularly beneficial when hubs are full and you can leave your bike locked to a nearby bike rack (which seem plentiful throughout Portland). Some bike racks have stickers designating them as BikeTownPDX approved racks, and return to any of these is free. If you’re in a hurry and want to lock it up to a non-approved rack closer to your destination, it can be well worth the $2 charge. If you leave your bike locked up outside the service area, there will be a $20 charge. 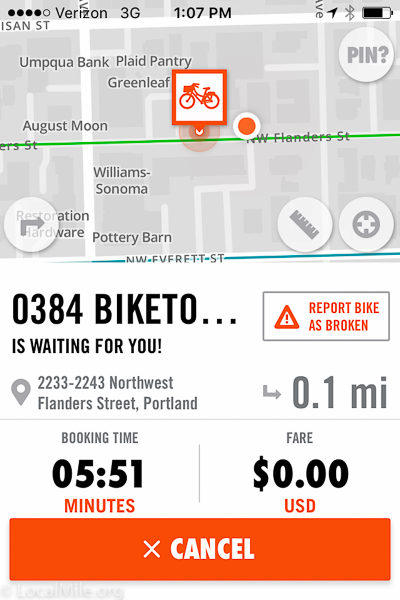 I never found this bike. I suspect it might have been in someone’s backyard.

There is also a ‘hold’ feature. You can lock your bike up anywhere and press hold if you plan to re-use it fairly soon. There is a charge of $2 per 30 minutes for this, cheap insurance to know that a bike is safely waiting for you.

Since each bike has its own GPS, the system can tell you of individual bikes available nearby. I tried this several times but was only able to find one of these. My guess is that the others were near where the system said but perhaps hidden in someone’s personal yard area. 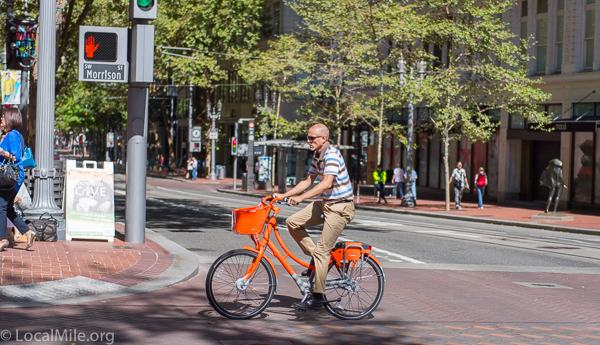 Overall a good experience, once past my initial confusion, with the bike share system, Portland’s infrastructure, and the people and eateries of Portland. 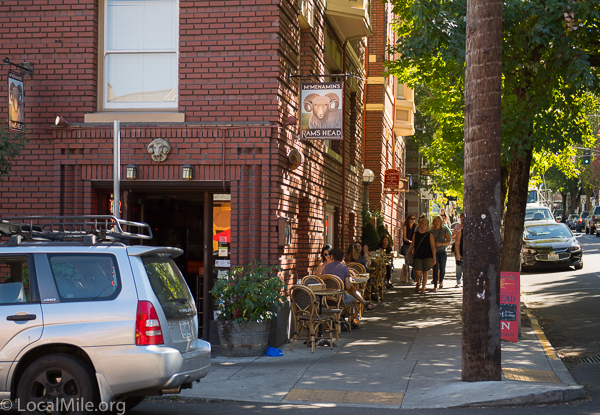 We enjoyed great lamb burgers and a local IPA here for lunch after riding our Biketown bikes about 1.5 enjoyable miles from our hotel.

Anonymous OV-Chipkaarts cannot use bike share and must be pre-loaded before any use. Worse, any remainder after its 5 year expiration can only be credited back to a Dutch bank account.

There are discussions to make the system much more visitor friendly to allow visitors the same experience as residents. This is expected to be rolled out in 2017.