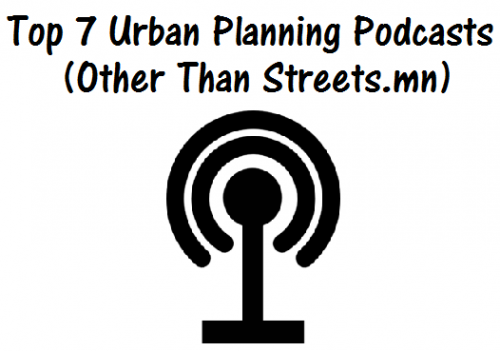 You may not have noticed, but podcasting (online prerecorded radio) is in the middle of a golden age. There are literally thousands of them right now, pumping out regular shows on every topic you can imagine, from old-timey styled radio shows, to in-depth analysis on everything that has, is, or can happen on this planet, to quirky comedy shows that might struggle finding an audience on a traditional radio network.
Included in this almost overwhelming tide of fascinating, insightful,and entertaining voices are many high quality podcasts on urban planning. As a service to you, dear reader, I will now count down my top seven of these podcasts. To avoid obvious conflict of interest I have not included the Streets.mn podcast, but you should check that out, too, if you haven’t already.

7. The Kunstler Cast
Noted urban planning polemicist, author, and all around firebrand James Howard Kunstler discusses his views on the city and how it is and ought to be composed. At least that’s how it used to be when co-host Duncan Crary was there to keep the conversation on track and ask the tough questions.
Since Mr. Crary’s exit the show has wandered pretty far afield along whatever topics are interesting Mr. Kunstler at the moment. At first that was to the issues of peak oil, which Mr. Kunstler still tied back to how cities should plan for the future. However more recently the topic du jour has been Mr. Kunstler’s  (in my opinion) rather dull and tone deaf personal politics.
The Kunstler Cast would have ranked much higher on the list because the planning analysis is spot on and so timely. But because the podcast has strayed so far from its original purpose it takes last place. I’d recommend checking out the archives for topics that interest you. Even the old shows are “evergreen” as they say in the biz, which means they are relevant even today, rather than being tied to ephemeral topics of the moment. 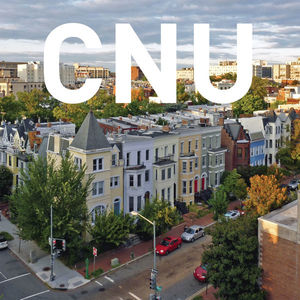 6. Congress for the New Urbanism
I really had high hopes this show would last. Scintillating interviews with the big movers and shakers in the field. However it seems to have lost steam and that, coupled with the fact that there are relatively few shows in the archive, it comes in at the number 6 spot. 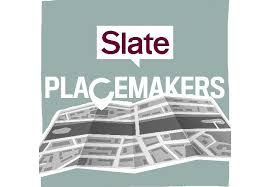 5. Placemakers
Much like the previous podcast this one delves deep into interviews with people making an impact in their field. Outstanding episodes on seldom covered issues abound, including an episode on LGBTQ senior housing in Minneapolis, the process of building a high quality bike share program, and a great retrospective on the mother of New Urbanism,  Jane Jacobs.
I was a bit apprehensive about getting into this podcast because it is largely funded by J.P. Morgan Chase. After listening to all the episodes, though, I can confidently say that, other than the episodes explicitly commissioned to showcase J.P. Morgan Chase’s philanthropic projects, I could detect no bias in the topics chosen nor in the stories told. A solid, thought provoking podcast that I hope returns for a second season. 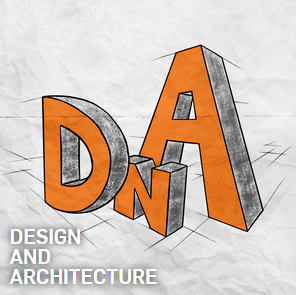 4. Design and Architecture (DnA) from KCRW
Though it largely covers topics and events in and around LA, this podcast has the presence of mind to cover them in a way that they have applicability to practically anywhere. With new shows twice weekly, there’s always something new to catch your attention and challenge you to think critically. 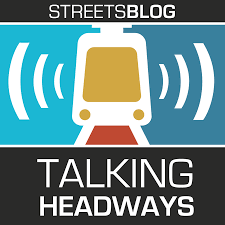 3. Talking Headways
Just edging out DnA for the number 3 spot, this podcast is of a similar structure with interviews of planning luminaries although this one casts a wider net to cover projects, especially mass transit projects, across the country.
I find mass transit issues endlessly fascinating, so I’m a bit biased, but I challenge you to find a podcast that drills deeper on mass transit issues. 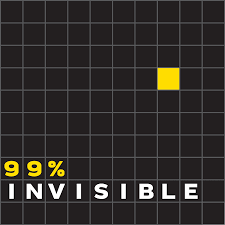 2. 99% Invisible
One of my favorite podcasts of any genre. This one reveals all the hidden design infrastructure that literally and figuratively undergird our society. 99% Invisible is the flagship podcast of the fabulous independent, story-driven podcast network Radiotopia.
This is the most wide ranging podcast on the list. Past show topics have included Frank Lloyd Wright’s utopian vision that accompanied his Usonian homes, how Britain changed its design for public water fountains and revolutionized public health, and the city sized market in China that supplies most of the goods found in dollar stores.
How good is this show? Have you ever been driving and listening to a podcast or NPR and been so captivated that you arrive home and just sit in your driveway for minute upon minute to listen all the way to the end? It’s that level of good. 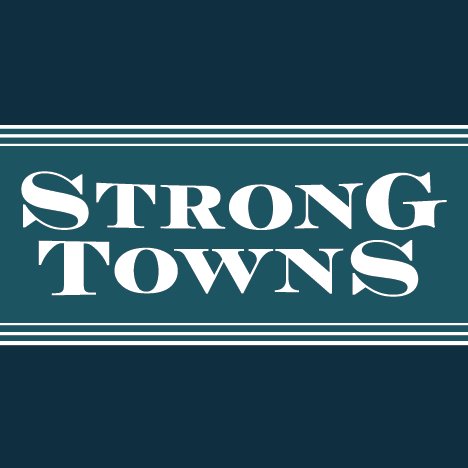 1. Strong Towns
Sometimes a podcast transcends the level of mere punditry and lecture and becomes something more, like the vanguard of an entire movement. Strong Towns is such a podcast.
The podcast’s founder and host, Chuck Marohn, with his affable demeanor and noticeably Minnesotan tones, has been meticulously laying out his many urban planning theories for many years now. And he’s built quite a following, including the city officials of the many towns and cities that have invited him to speak.
This is definitely the podcast to keep an eye (or ear) on, especially as more and more cities reach the end of what Chuck calls the “growth Ponzi scheme”. Chuck is a Minnesota native and resident and it’s an added bonus that he talks often about issues here.
It is my hope, dear listener, that I have piqued your interest in at least a couple of shows I listed and you will check them out for yourself. Did I leave any out? What are your favorites?
Happy listening!

4 thoughts on “Top 7 Urban Planning Podcasts (Other than Streets.mn)”