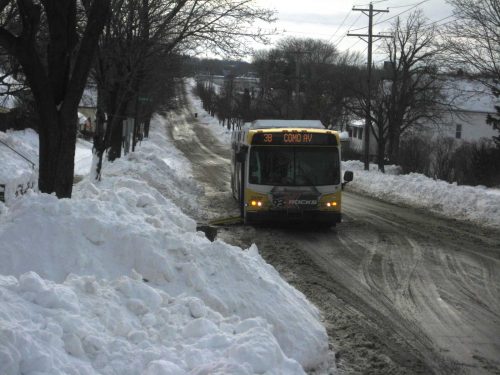 Every day at The Direct Transfer we collect news about cities and send the links to our email list.  At the end of the week we take some of the most popular stories and post them to Greater Greater Washington, a group blog similar to streets.mn that focuses on urban issues in the DC region.  They are national links, sometimes entertaining and sometimes absurd, but hopefully useful.

Do buses already do the things we want from self-driving cars?: Self driving cars and other new technologies are receiving lots of media attention these days, but according to a Swedish bus company, many of the things people are excited about already exist in the form of city buses. This ad starts with a lot of the usual hype and catchphrases– “the future of mobility,” for example– only to ask what problems, exactly, we’re actually trying to solve with new technology. (The Verge)

US DOT Secretary Chao’s first interview: In her first interview since taking the US Transportation Secretary job, Elaine Chao discusses why why her role at the head of the transportation department will be important as we consider new technologies such as drones and self driving vehicles, feeling vulnerable as an immigrant, and her take on why Trump won the election. (USA Today)

New Census numbers show a suburban shift: Population estimates for counties came out last week. They show that growth is slowing in counties that are home to major cities and rural areas, while it’s increasing in lower-density, more suburban counties. While urban growth has been big in the last few decades, author Jed Kolko tells us that it has mostly been due to rich, educated people in “hyper-urban” neighborhoods. (FiveThirtyEight)

Breaking up cities is not the answer: There’s an argument out there that a way to pump up lagging growth is to redistribute the wealth of economically dominant cities. But doing that, argues Joe Cortright, would mean ignoring all the things that make cities economic engines for the country. The real problem is that we don’t have enough cities. (City Observatory)

Pay for roads (and other infrastructure), get a tax break: There’s a push in Congress to bring money that US companies are keeping overseas back to the States, and one idea to incentivize that also involves funding transportation projects. Lawmakers from Maryland, Florida, and Illinois have proposed a system where for every dollar a company spends on US infrastructure bonds, they get to bring a certain (undecided) amount without having to pay taxes on it. It’s a plan that could get bipartisan support… but also one that’d give by far the largest share of its money to the Highway Trust Fund.

“So it’s not really the planner’s fault. The system is set up to reward mediocre communication, and the consequences of ineffective communication are long-term or non-existent. That said, you should still design engaging and effective meetings even though they are not so closely tied to your ability to eat.”

– Jason Brisson at Streets.mn discussing why planning meetings can be so unproductive and frustrating for the public.