Almost two and a half years ago, I wrote this post about how the intersection of Cedar Avenue and Minnehaha Parkway is full of obstacles for people walking and rolling through in wheelchair, on a mobility device or on a bike. The first point of this new post is to point out that exactly nothing has changed here. 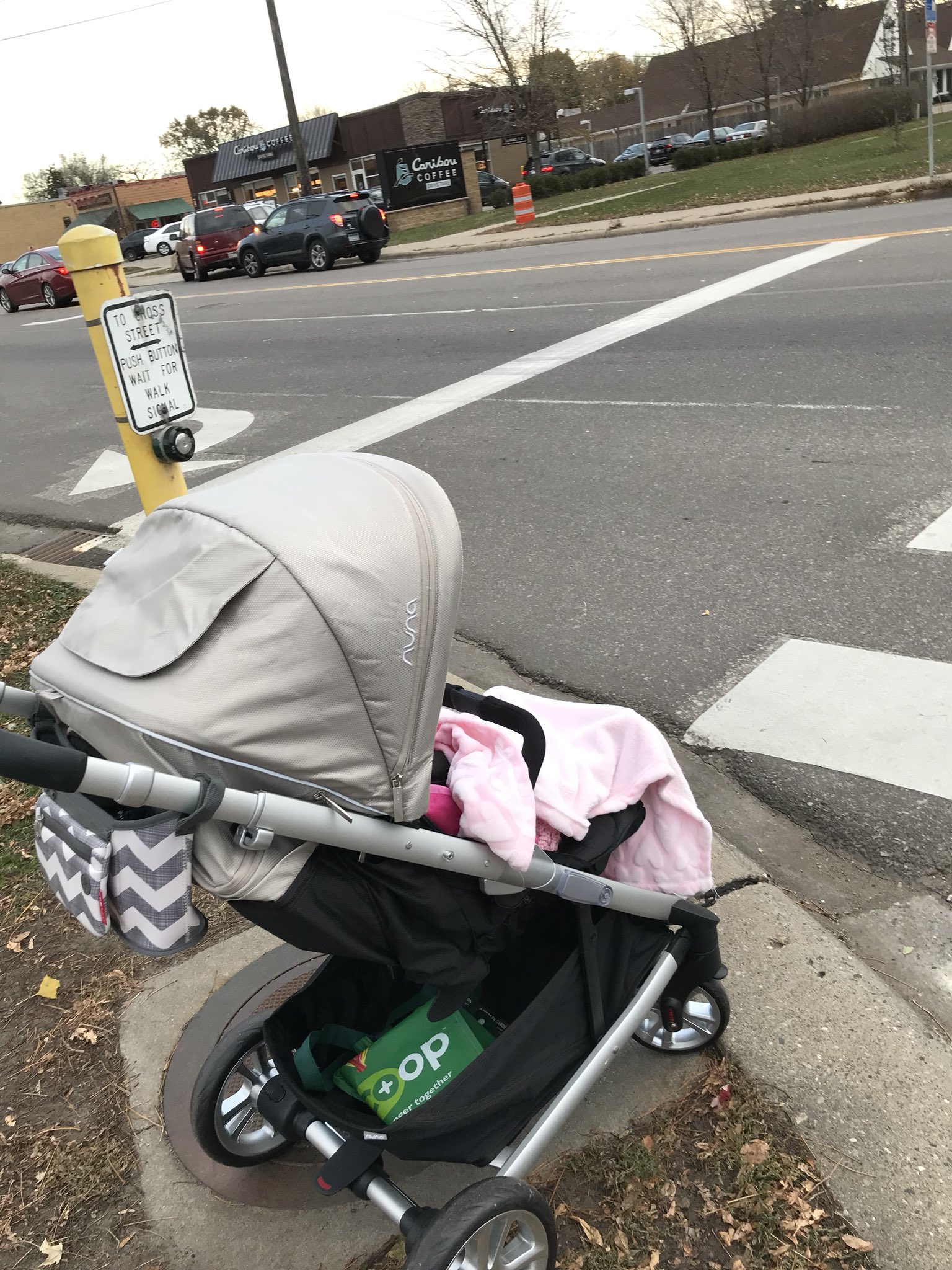 Still no curb ramp and no sidewalk connecting to the beg button, for example.

That’s pretty a pretty flimsy reason for a new post, so let me go on to expand on the point. The Park Board is failing pedestrians and people on wheels all along Minnehaha Parkway.

To begin with, I wondered in that old post about what the beg button situation (which you have to push to get a walk signal to cross Cedar) pictured above looks like in the winter. Well, it looks like this:

You can have a walk signal as long as you can navigate over the ice and snow and back again.

Beg button on the west side of Chicago Avenue.

Leaving aside why there’s even a beg button instead of an automatic walk cycle for this heavily used trail, a person in a wheelchair is going to have some difficulty navigating off the paved trail and back on it again to ask to cross the street here.

I was going to save this post for the summer, so I could get more/better pictures of places were sidewalks are too narrow, but take my word for it, that happens too. You can sort of tell here, despite the snow, how the “temporary” pole is blocking part of the sidewalk:

Narrow sidewalk on the east side of Portland Avenue.

The word temporary is in quotes up there because you can see that pole has been there at least since the first time Google Street View went by in July 2009. To be fair, though, I’m not actually certain this one is Park Board property. This might be on the city instead.

Even when they aren’t too narrow, the basic physical condition of Park Board maintained sidewalks can be an obstacle to mobility: 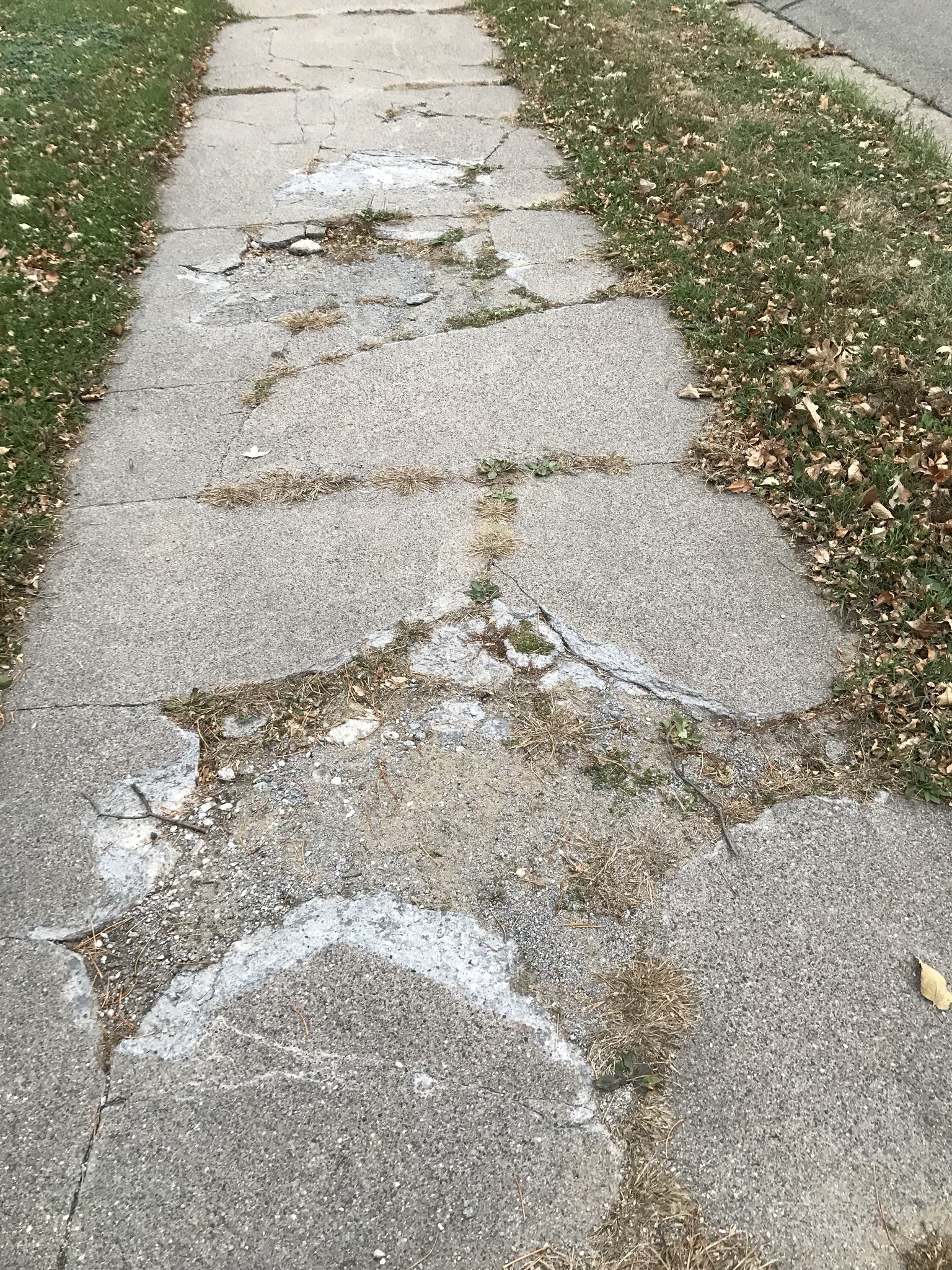 That’s only some of the many holes in this stretch of sidewalk. Sure looks like years worth of damage, doesn’t it?

And then there’s the places where the sidewalks aren’t. For example at 17th Avenue, where they added a curb ramp so the bike boulevard can connected to the creek trail (yay!) but the sidewalk doesn’t connect so pedestrians can’t use it:

The sidewalk (that isn’t under the snow) almost goes there, but doesn’t.

Lest you think it’s just great for bikes and only pedestrians are being underserved, there’s also no way to get to/from the bike lane on Park Avenue to/from the creek trail either:

Why would we want things to connect?

This post isn’t really about snow removal, because I think they generally do an okay job, but nonetheless, these don’t look very easy to navigate:

When these were taken, snow had been removed from the adjacent Park Board sidewalks, but these two sections were left untouched.

And since we brought up snow removal, these don’t seem like the right priorities:

Screenshot of the Park Board webpage via @BikeAlex on Twitter

The sidewalks and through paths are needed for people to get from place to place. People need them to be able to walk and roll to their destinations. Why is car storage the first priority?

Also on the subject of removing things, they’ve been out cutting down trees too, sometimes leaving them like this (homeowner needs to do a better job of shovelling too): 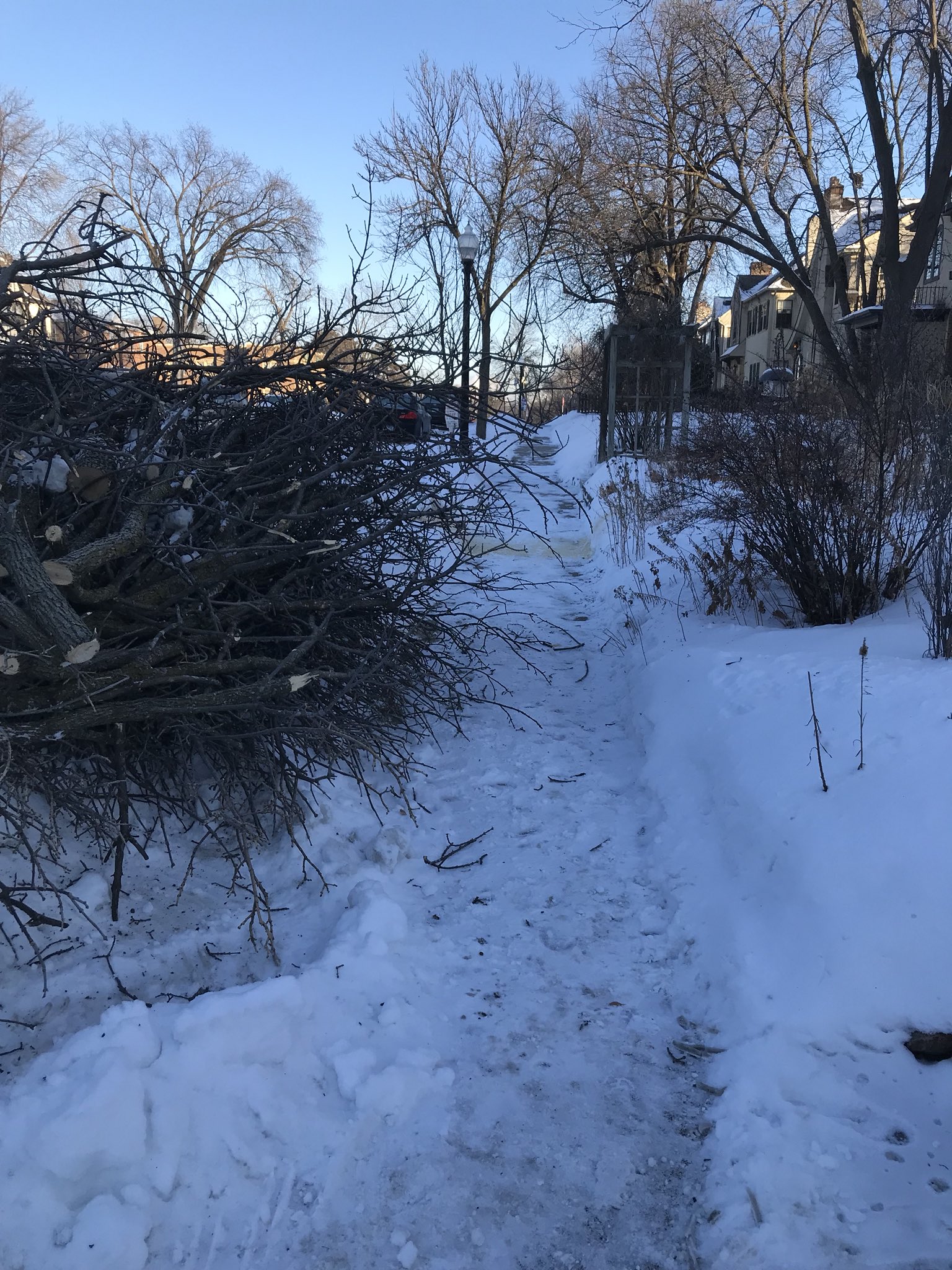 The remains of a street tree, stacked so as to encroach the sidewalk.

This is all in my neighborhood, so I’m sure I only scratched the surface of ways the Park Board is failing pedestrians. What are you seeing in your neighborhoods?

8 thoughts on “The Park Board is Failing Pedestrians”