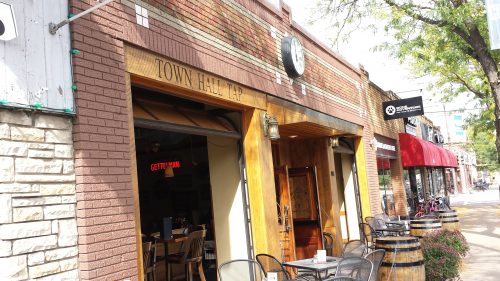 Our city gets some things geographically right. Almost all of us (97%) are within a 10 minute walk to a city park. Libraries and schools are similarly accessible. We’ve collectively decided that everyone in the city has the right to accessible places to learn and play. A park, a school, and a library are a great building blocks of a neighborhood. However, a complete neighborhood needs at least a grocery store, a pharmacy and a day care center. Most of us would probably like to live near a hardware store, a restaurant, and a coffee shop as well. Most neighborhoods don’t have these amenities, let alone the delis, butcher shops, florists, gift shops, dentists, barber shops, and salons that come to mind when we think of neighborhood businesses.

All a complete neighborhood needs is space for businesses to operate and enough customers with a short walk away, which allows for a great diversity of necessity-filled neighborhoods. The neighborhoods that make up Uptown are complete, as are the North Loop and Near-North East. A complete neighborhood doesn’t have to mean big apartment buildings or busy streets. Linden Hills doesn’t have any tall buildings, but 40% of its housing units are in multi-family buildings allowing its plethora of shops, restaurants, and small businesses to thrive, and support a dense enough population for bus service every 15 minutes. Wealth isn’t enough to complete a neighborhood. It is the density that makes all of its amenities possible. Lynnhurst, whose median household income actually exceeds Linden Hills by $27,000, has neither the density (11% of housing units are in multi-family buildings) or the space for businesses to operate (Penn Avenue, Lyndale Avenue, 50th Street, and 54th Street are all predominantly single family homes). In terms of walkability, and transit access, Lynnhurst is hardly thriving. Meanwhile, neighborhoods like Whittier and Seward, in which multi-family housing isn’t an anomaly, but wealth is, have nearly everything you need within a short walk away.

Because there are relatively few complete neighborhoods in Minneapolis, they are in demand with ever increasing housing prices. In a city where wealth and race are so closely linked, it is worth questioning whether a neighborhood can really be complete when its population doesn’t reflect the city as a whole. By allowing more commercial space, and more people to live near that commercial space, we’ll likely have more neighborhoods that work like Linden Hills, except that actually reflect the diversity of our city.