In the upcoming West St. Paul City Council primary, there are divergent views on important urban design issues like medians, tunnels, and sidewalks. All of those crucial decisions will come to a head next week, because there’s a four-way race for a ward 3 city council seat that will be narrowed down in a primary election.

As you might know, West St. Paul has been no stranger to conflict recently. My city has made headlines multiple times, after a heated city council meeting resulted in charges of sexism and harassment of the mayor and a local resident. That dust-up has led to well-attended city council meetings and a Ward 3 candidate forum that was standing room only.

The four candidates running for office this year are:

In this article, I will discuss the key street design issues one-by-one and see where the different candidates stand. 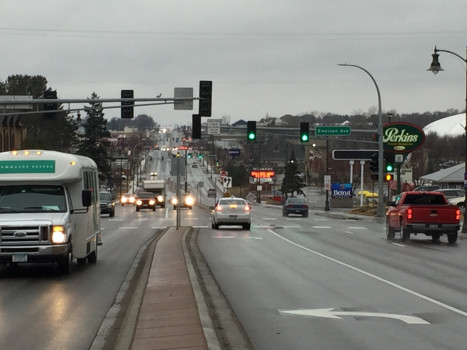 While good roads and infrastructure usually get strong support, those issues have been divisive in West St. Paul, thanks to the massive Robert Street reconstruction project. As part of the reconstruction of Robert Street, West Saint Paul’s main drag, the new design included medians and other streetscape amenities.

Meisinger opposed the Robert Street project as mayor, attempting to veto it (the city council overrode his veto) and then trying to cut pedestrian amenities. He argued that the city couldn’t afford extras like street trees. He also opposed the medians that replaced the former “suicide lane,” saying the safety measures restricted access to local business.

Ramsay, the vice president of the South Robert Street Business Association, has also argued against the project, saying the medians wouldn’t address the primary safety issues on the street.

However, medians are a standard traffic safety measure. Multiple studies make that case, and the data backs it up: Since the end of construction, MNDoT data shows a 23% reduction in crashes on Robert Street. (Due to a change in how accidents are reported, that reduction could even be greater.)

Neither Berry nor Eng-Sarne were candidates during the run-up to the Robert Street project, so they haven’t made statements for or against the medians. But both have addressed paying for the project, and have expressed that the improvements were necessary. 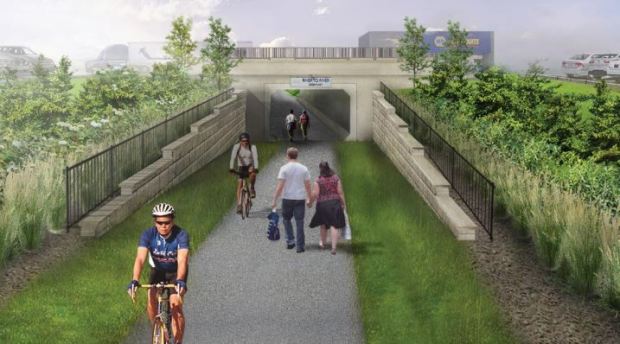 Dakota County has been working to complete the River-to-River Greenway bicycle and pedestrian trail through West St. Paul. Critically, the project would include a tunnel under busy Robert Street, a very important link because of the high amount of traffic on the street. Currently, crossing Robert on foot or on a bicycle is a challenge. 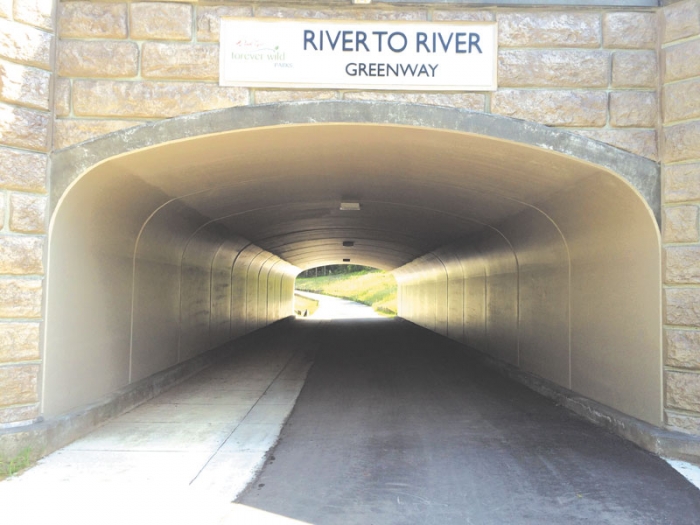 Both Berry and Eng-Sarne have been in favor of the tunnel and trail.

“I am passionate about making sure West St. Paul has safe and easy access to trails,” said Eng-Sarne, “as well as a way to safely and enjoyably cross our own city.”

“The longer it stays unfinished, the more West St. Paul is missing out,” Berry noted.

Meisinger has long been opposed to the tunnel, including earlier plans when the city would have had to foot more of the bill. The current plan relies on federal, state, and county money—with no contribution from the city budget— as well as a more cost effective approach. But Meisinger has continued to oppose the tunnel in any form (at about 26 minutes into this video Meisinger makes a statement off-camera).

In 2015, Ramsay questioned the need for a non-grade crossing, asking if anyone would use it: “I personally don’t know anyone that would walk across Robert Street, we all drive.” 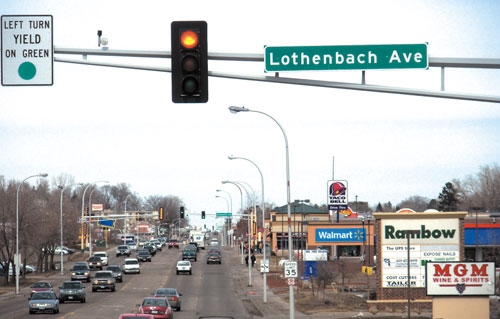 As a first-ring suburb, West St. Paul transitions from urban neighborhoods to suburban developments, and that includes sidewalks that are prevalent in the northern part of the city but diminish toward the southern end of the city. This lack of sidewalks has been noted by city planners and discussed during previous elections.

During a 2016 run for city council, when asked about improving pedestrian and public transit options, Ramsay argued there are plenty of sidewalks:

Well, I’ve lived here for 60-some years, and I’ve never had a problem. My kids, my self, my parents, we’ve always been able to walk any place we want on Robert Street or Charlton or any of the streets. Maybe I’m blind, but my wife walks this town every single night and has no issues with traffic or anything else. My 10-year-old grandson takes his bike and goes on the sidewalks, there’s millions of them.

One of the early issues in 2017 was approving a grant for trails and sidewalks along Marie Avenue east of Robert Street. Currently there’s no sidewalk on either side of the street, though buses run along the street and paths are worn into the grass from people walking.

Lack of Answers and Transparency

One of the challenges in this ward 3 race is the lack of information. Both Meisinger and Ramsay have avoided answering questions and have little if any campaign information (Meisinger removed his Facebook page in July and as of this writing Ramsay’s page has only two posts).

A community group organized a candidate forum, but a last-minute cancellation due to a death in Berry’s family meant Eng-Sarne was the only candidate present. Berry had a statement read in her absence (and later answered the questions on Facebook Live), but both Meisinger and Ramsay did not attend. There have also been concerns raised about Meisinger’s recent behavior, including incidents of bullying and intimidation.

The Primary Is August 14. It’s an important primary across the state, but it’s also an important moment in West St. Paul. The primary will have a big impact. Our City council is a non-partisan position, so of the four candidates in the primary the top two will advance to the general election in November.

(Full Disclosure: I have volunteered for and donated to the campaign of Wendy Berry.)

4 thoughts on “West St. Paul’s Medians, Tunnels, and Sidewalks Depend on this City Council Race”