I am a sucker for energy use and intensity charts. Looking at CO2 emissions is one thing, but total energy use is an even broader way to think about how our society gets around. That’s why I think energy charts are fascinating, and you should too. Just check out this one or this one or this one and tell me you don’t get hooked…

Anyway, Citylab’s Andraes Hoffrichter had a good article the other day looking at energy use for different transportatio modes in the US, especially comparing freight vs. transportation energy uses.

Check out this chart: 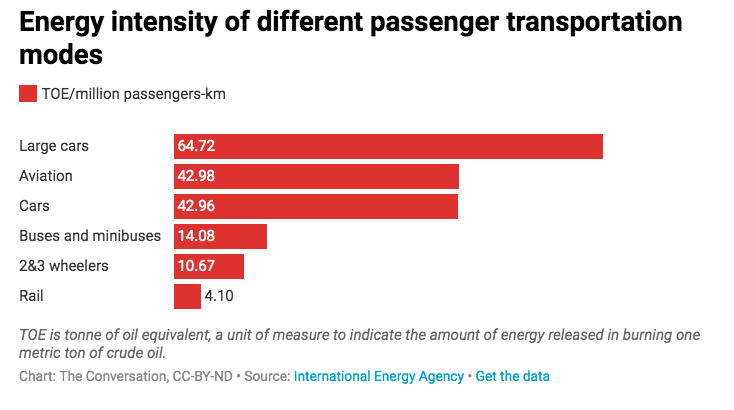 Hoffrichter writes about how US transportation efficiency compares to Europe, and for transportation energy inputs there’s a big difference in emphasis. Here’s how he sums it up:

A further difference is that the rail network is private in the U.S. and operated to yield a profit, while in most other countries the rail infrastructure is owned by the government (similar to the freeway system in the U.S.) and heavily subsidized.

The conclusion centers on ways we could begin to reduce our energy inputs for passenger transportation without sacrificing our efficient freight system. (See below.)

In other words, US passenger rail is currently abysmal:

When journey times are less than four hours, people usually prefer to travel by train instead of alternative options, such as air or road. For many corridors in the U.S. it would be necessary to upgrade existing lines or to build new infrastructure to achieve competitive journey times.

For the high-speed rail projects in California, which the state recently decided to scale back, and Texas, where trains would be able to travel at speeds of 200 miles per hour or more, those states are building new infrastructure. Higher-speed options often allow existing rail tracks to be upgraded to accommodate speeds of around 110 miles per hour to around 125 miles per hour, and such projects are being implemented in Florida and the Midwest.

PS. Hoffrichter has another chart in there worth a glance, too. 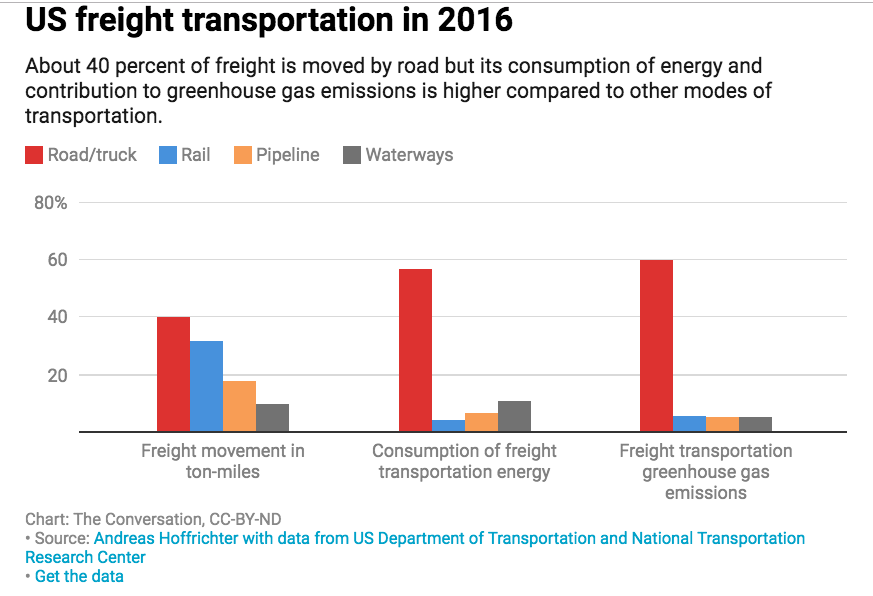 7 thoughts on “Chart of the Day: Energy Intensity of Transportation Modes”