E-Bikes have a chance to succeed where traditional bicycles have failed. By adding the assistance of a small motor, they are starting chip away at some of the excuses why drivers haven’t switched to cycling as a primary or even supplementary means of transportation. Polls have shown, up to 40% of eBike owners bought them to replace car trips. Unfortunately, the price of entry is still relatively high. While there are exceptions, my personal belief is an eBike worth purchasing, for a dedicated commute, should cost about $3,000 to $3,500. 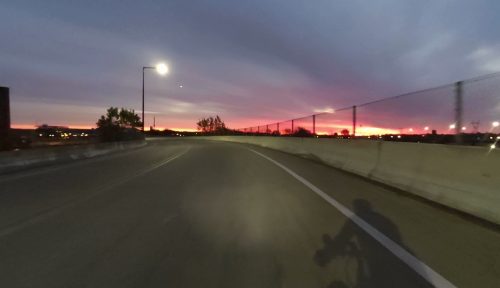 Back when I was on Twitter, I had a suggestion, which someone said should become a streets.mn article. After reading Andy Singer’s Why You Should Oppose a Gas Tax Increase article, I decided to revisit the idea. 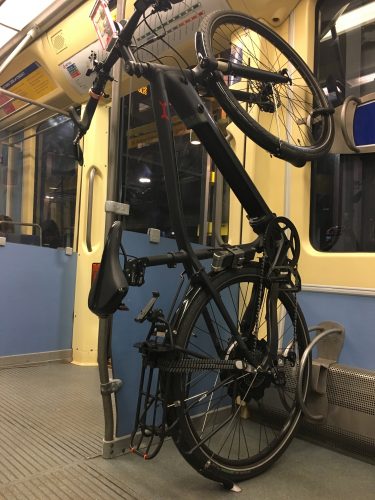 What if, instead of spending tens or hundreds of millions of dollars on increasing road capacity, we bought people a means of getting off that road completely. We have already given subsidies for electric cars. But electric cars do nothing to address congestion. Here’s my idea for how a test could work. Budget: $10 million—a fraction of any road expanding project and possible to achieve with funds not restricted by requirements for use.

First, identify a frequently congested stretch of Interstate. Ideally one with decent parallel bike infrastructure in place. For this example, let’s say I-35W from HWY 62 to Downtown. Carve out $4 million for employees and other administrative costs.

While I think it would hinder adoption, there could even be direct accountability built into such a program. An app could be developed ($1 million, for development, backend hardware, maintenance) for candidates who wanted to try switching. Each interested individual would run the app to track their daily commute route and times, for say, a month.The app data could be used to select the top 1,000 candidates who travel during the highest periods of congestion.

However the 1,000 candidates are chosen, hold community meetings  with the candidates to discuss how the program will work.  Invite speakers to talk about commuting by bike, show bike friendly routes, discuss how to ride multi-modal using the train or bus, and other overview information to ensure the candidates are still up for the idea. Those who are not can be replaced with others in the pool.

The conditions to get a bike are such: You must average three or more commuting trips by bike per week. This average allows for time off, bad weather, and jobs that occasionally require greater distances traveled (e.g. a second office location). Failure to do so, after the first year, means you either pay for a portion of the bike (based on depreciation) or return the bike, with liabilities for excessive damage. Success in the program (which could be 1 year or multiple years) means you can submit up to $1,000 in receipts for outdoor clothing reimbursement and up to $1,000 in receipts for bicycle maintenance/repair. Success also means, you own the bike free-and-clear.

Bikes could be purchased with a $3,000 voucher from participating bicycle shops, who would get reimbursed. Or maybe the rider chooses a shop and the program issues a check for up to $3,000 to the shop. Total for bikes, $3 million. Total for reimbursements of clothing and maintenance, up to $2 million.

Some may argue the clothing reimbursements are superfluous. I included them because having the right clothing reduces the number of excuses not to bike. If we were to create a program like this, I think we’d want it to have the highest chances for success. Comfort, in our state’s wildly changing weather, would go a long way in achieving that.

Sure there are a large number of variables I haven’t considered. Nor do I have time to cover them all in this article. But, even if the pilot program cost $20 million per 1,000 riders, wouldn’t it be worth it? What a headline in the local paper, for MNDot to announce, they’ve reduced the number of cars during peak congestion by up to 1,000!

Furthermore, the app data would show how many have switched and the initial process could show the remaining demand. If even semi-successful, this data could prove that spending transportation dollars on cycling can have a direct effect on reducing congestion. Future programs could save money by aligning with eBike manufacturers and even partnering with clothing and bike repair shops for eligible reimbursement.

Even if the test failed to cause significant numbers to switch from driving to biking, even semi-regularly; a $10 or $20 million loss is nothing compared to many other road budget gaffes. Worst case scenario, I’d imagine we would see at least a few hundred realize the programs ideals.

Certainly, there are those, who would say a program like this could buy significantly more bikes and reduce costs by using traditional bikes instead of eBikes. I would argue, most people who would be candidates already own traditional bikes. They’re sitting in their garage or basement.

What do you think?