Welcome to February on streets.mn! No matter what Punxutawney Phil might say tomorrow, we’re confident there will be six more weeks of winter in Minnesota so you should spend a bit of time with a warm beverage and streets.mn before going outside.

Three posts ask questions about the status quo in very different ways. Analysis: Lots of Cheap Apartments Next to Expensive Apartments documents prices between the new fancy building and its older, cheaper neighbor and asks what renters get for their money. Commenters reveal that in-unit laundry facilities is the amenity they’re willing to pay for.  Calls for Accountability Miss the Mark suggests the Minnesota House Republican’s new Metropolitan Council Accountability and Transparency subcommittee ignores similar issues at another large infrastructure-building agency: MnDOT. A License To Walk extends recent thinking about bike taxes to pedestrians (plus a cartoon); commenters seize the joke and suggest additional regulations as well as making an argument for skyways. 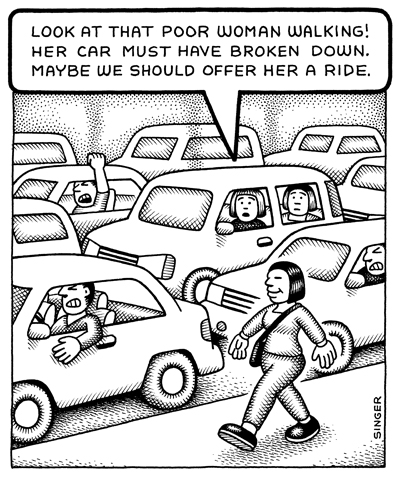 Bicycling throughout the year

Winter Cycling & Winter Cycling Congress 2015 previews the upcoming Congress in the Netherlands and provides a wealth of links to more information about winter cycling.  More broadly, Some Optimism for 2015 sees a good year for bicycling in Minnesota in 2015 (and some hopes for more good content here on streets.mn) along with an aside on retail consolidation. Comments consider the retail issue and an attempt at pessimism was met with more optimism.

The Soul of St. Paul’s Highland Park is somewhat diminished with the loss of its Barnes & Noble and an outdoor gathering place, but this post (and its comments) give a fine-grained tour of the area, what’s still there, and how it works.  The Beautiful Inconsistencies of a Grand Avenue uses the recent City Council decision to deny Gerber Jewelers a variance to extend their Grand Avenue shop to the sidewalk to consider the character of the street.  Although the Council claimed the variance to the 25 foot setback requirement would be “destroying the residential character of Grand,” this post sees the character in the variety rather than regulatory uniformity. Commenters agree and add more detailed analysis of particular places along the street. 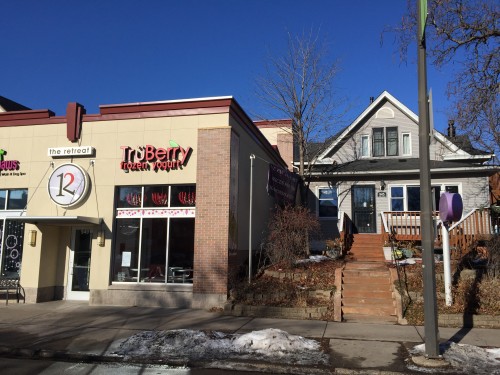 Watch: UM, Access to Fun: Minneapolis Sculpture Garden [Episode 7] is a short video which part of a series “all about finding fun by transit.”

Look: Friday Photo: Walk of Spite documents the impact of cars on several levels in multiple places. Charts of the Day this week are: Zoning Decisions in Saint Paul over Time, Ten Years of Metro Transit System Ridership, Top 10 Metro Transit Bus Routes by Ridership, 2014 (Route 5 is the clear winner), Perceived Comfort for Bike Lane Types and a Map of the Day: Average Annual Household Carbon Footprint by Zipcode.