When time is limited, Highland Park and Macalester-Groveland are my go-to rides because of their proximity to my house. This time, I rode on streets in the southern part of Highland, around West 7th Street.

It’s obvious that someone at 2039 Bordner Place is returning from a trip, and what a nice welcome home it will be. I just hope the door decorations weren’t also an invitation to someone with mischievous intentions.

A colorful and friendly welcome back for some plucky travelers.

The zebra-striped mailbox is what I stopped for at 2021 Sheridan Avenue. Louise Langberg was outside doing chores so I asked to take a picture of the mailbox. Louise agreed and said the mailbox used to be a cat, but time, and Mother Nature, did in the wood head and tail, leaving the legs and the rusting torso.

Louise plans to replace the 20-year-old cat mailbox. She has the wood but needs a buy a new mailbox.

The mailbox led to a discussion about her home, “We moved in late September 1959 and we had six people living here. There was my two parents and four girls. Little by little everybody left beside me.” 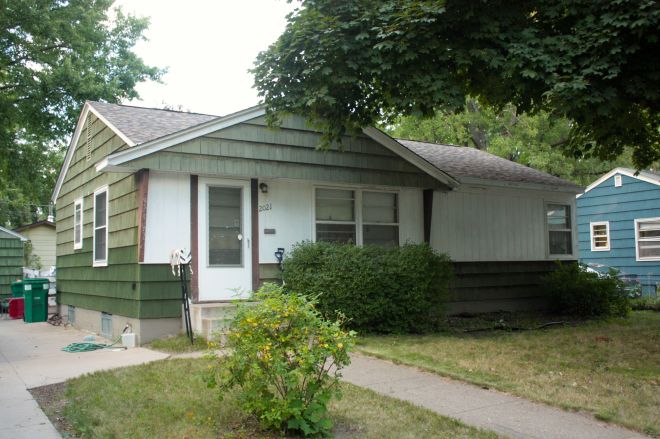 Louise Langberg in front of her home at 2021 Sheridan Avenue in Highland Park.

The roof Louise mentioned; she couldn’t afford to hire someone to do it so she went to how-to clinics at a long-gone home repair store and then bought the shingles there, “I didn’t know that you could have somebody come if you buy shingles and have them placed up on the roof for you.” So Louise lugged bundles of shingles home little by little in her tiny car, “Then as I needed the shingles I would haul them up the ladder and they would just thud, a half a bundle of shingles up there.”

Louise’s dad volunteered to help her, an offer she couldn’t refuse, “You’d tear off as many shingles as you knew you could replace because we both had work the next day and if it rained all the rain would still keep running off. We did a really nice job!”

“It’s been a nice quiet neighborhood. I remember when I talked to Debbie Montgomery; she was Saint Paul’s first lady cop; she said the cops loved it when they got to patrol Highland Park at night because if anyone else was out at that time of night, they didn’t belong there. So it was kinda quiet.”

That recollection brought another to Louise, “Many, many years ago, this must have been about 40 years ago, the guy that was living there (next door), he didn’t have air conditioning and when the night got too hot he would sometimes just set out a cot in the backyard and sleep there. He never worried about anybody coming by and bothering him.” 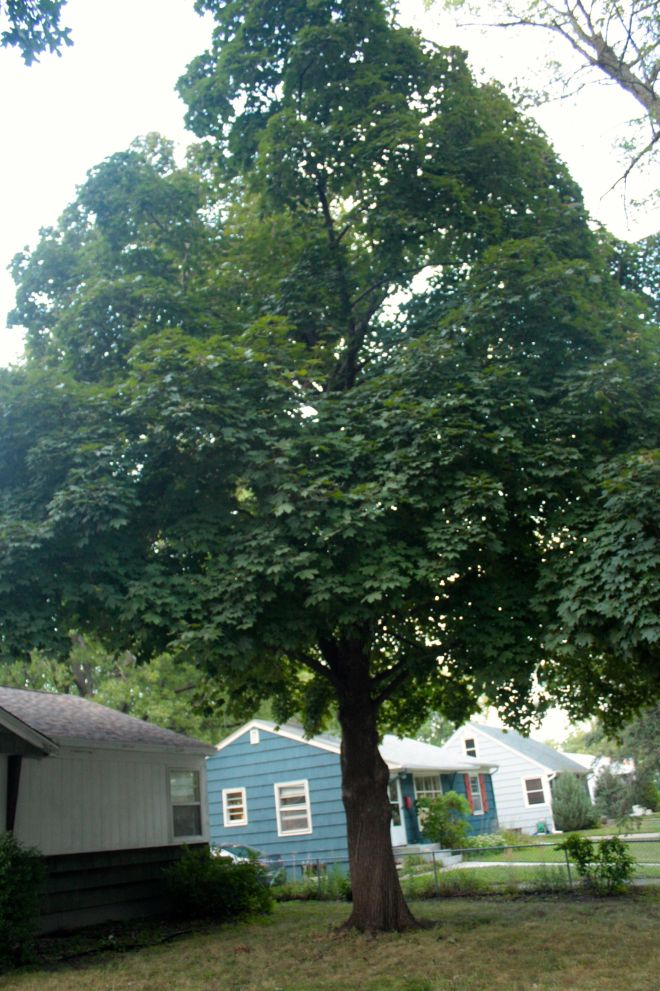 Louise’s dad planted this maple tree in the front yard when she and her sisters were young.

While the Sheridan Avenue neighborhood has seen the usual changes–neighbors have come and gone, houses repainted and trees growing tall–Louise told me it’s still a great place to live; quiet, with neighbors who watch out for each other.

I’m exhausted just looking at the roof of this building. With that much venting going on, it had to be a laundry. The view is from Munster Avenue but the address is 2575 7th Street West.

One of the many apartment buildings, on West 7th at Wordsworth.

West 7th Street picked up the Fort Road name because it was one of the first streets to go from Downtown to Fort Snelling. An earlier iteration known as Old Fort Road traveled along the bluffs. William Davern, in 1891, bestowed the name Wordsworth on this street (avenue actually). Davern taught school at one time and picked the name in honor of poet William Wordsworth. (1)

The southern-most section of Highland Park (between Shepard Road and West 7th on the north and south respectively and Edgecumbe on the west and I-35E on the east) has been home to immigrants from many countries for 30 or more years. Much of the area consists of apartments, with a smattering of single family homes and light industrial and businesses.

Woodstone is one of the aforementioned apartment complexes. I stopped here because of the Snoopy statue from the 2000 “Peanuts On Parade.” An estimated 450,000 people visited Saint Paul to see the 101 Peanuts statues. (2)

Snoopy rests on his dog house while many Woodstocks peer out the windows.

Youngman Avenue is the north frontage road for Shepard Road. 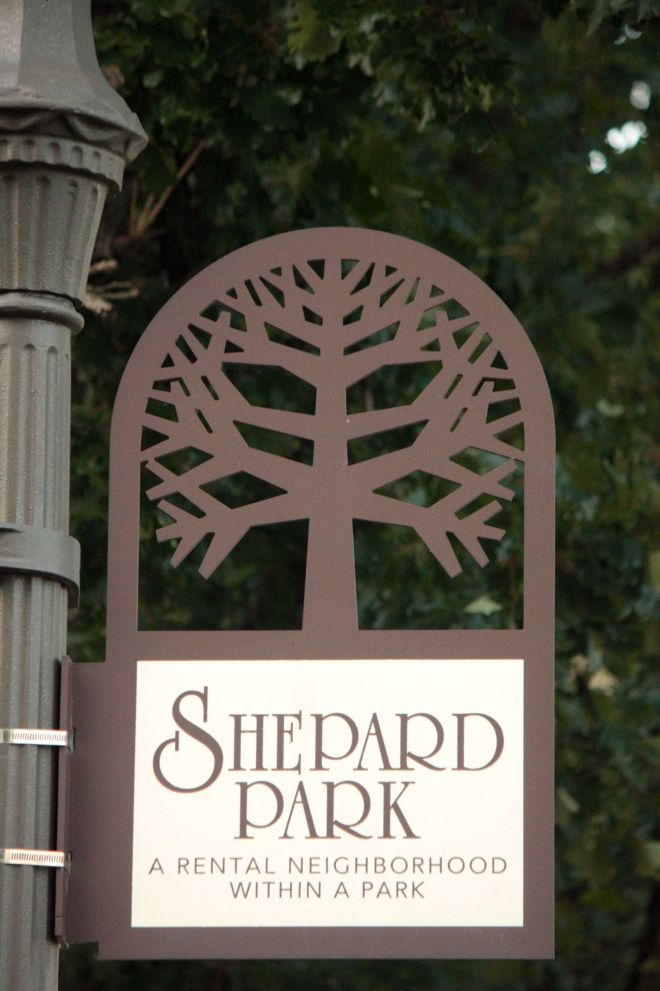 Youngman is also part of what some of the area apartment complexes have dubbed “Shepard Park.” 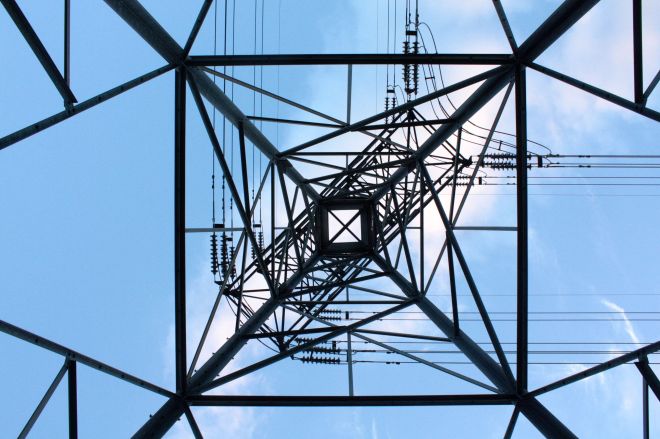 Back on West 7th, I paused at the lesser known Mickey’s restaurant. Technically called Mickey’s “By Willie”, it doesn’t have the same visual élan as Mickey’s Diner at West 7th and St. Peter Downtown. Still, it’s open 24 hours, serves a similar menu, is old–55–and is owned by the same folks who have the Downtown diner. (3)

It’s rare to see hand-made signs like this one hanging outside Mickey’s. What great attention to detail!

The payphone is long gone but this once-common sign still hangs on a pole above the parking lot at Mickey’s “By Willie.” I wonder how many people know what this sign means?

Tonight’s ride hit more than 20 Highland Park streets. Click on the following link for a map:

(1) “The Street Where You Live: A Guide to the Place Names of St. Paul”, Donald L. Empson