It has been a relatively quiet week here at streets.mn, perhaps because our writers have been less inclined to be sitting at keyboards on lovely summer days (but perhaps getting ideas for future posts). If you think you might want to write for streets.mn, you could come meet other writers, editors and board members TODAY at the annual streets.mn writers’ picnic.

Happy 1st Birthday Green Line!  June 14, 2014 was the first day of service on the light rail line between downtown Minneapolis and downtown Saint Paul and Win a Green Line Hat promises to award a fabulous hat with real Green Line upholstery fabric applique to the person supplying the best Green Line story or anecdote; there are some rather wonderful stories to go read in the comments.  Or, you could click back through the posts on the Green Line from the last year as we’ve had a lot to say about it. 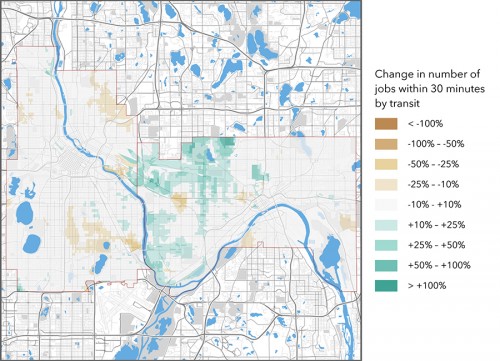 One Soccer Mom For Bike Lanes responds to Pioneer Press columnist Joe Soucheray’s recent rant against bike lanes on the grounds that a mini-van driving soccer mom on her way to Ford Field “is not going to have a place to park.” Hogwash, says Julie Kosbab, and proceeds to describe why bike lanes, bumpouts, and traffic calming make our streets safer for everyone, whether they are on a bike or not (and see her recent post about the biggest danger to kids, too).  Commenters agree about the benefits of traffic calming and offer some perspective on accessibility of sports facilities for kids, too.

Thoughts About My First Community Meeting is a reflection about attending a community meeting about changing street markings to add bike lanes in the 54th Street and Diamond Lake Road. In a quiet way, this post helps demystify one part of the public process and, by giving a positive, thoughtful review, makes such meetings appear to be a place where people are heard, information is imparted, and things could get done as a result. Commenters have a few complaints and concerns about the specifics of the 54th and Diamond Lake proposal, but one acknowledges that perhaps his ability to complain is compromised by not showing up at the meeting. Indeed. 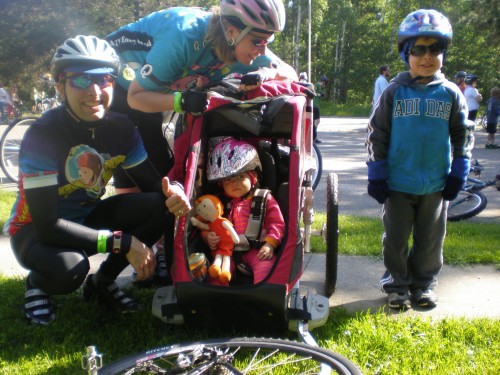 Bike lanes are good for families

First, a proposal now on the table: Minneapolis Proposes to Eliminate Minimum Parking Requirements Near Transit analyzes and advocates for the  proposal from Minneapolis Councilmember Lisa Bender before the Minneapolis Planning Commission on Monday, June 15, 2015 to reduce or eliminate off-street parking requirements for residential developments along bus and rail transit lines. Uncoupling parking from housing is one way to help keep housing more affordable and foster development of smaller, infill development (also see the post from February My Empty Parking Spot has a Price).

Next, a proposal for making different, better use of a certain kind of urban land: Let’s Make Cemeteries Better For Cities suggests cemeteries could open their gates or fences and provide additional quasi-park space of a quiet and reflective sort as well allowing pedestrians and bicycles to travel through cemetery grounds and integrating cemeteries into the bike/ped network for direct, lower stress connections.  There’s also a plug for cremation to encourage a sort of death density which could foster lovely places to stop, rest, and reflect. Commenters generally agree and provide some examples of other places where cemeteries are more open.

Presents to Our Future Selves challenges cities and the people who run them (which is all of us) to think beyond immediate payoffs and short term bottom lines to  “Ask instead what can we do now that will clearly benefit future us in 5, 10, 20, 50, or 100 years?” 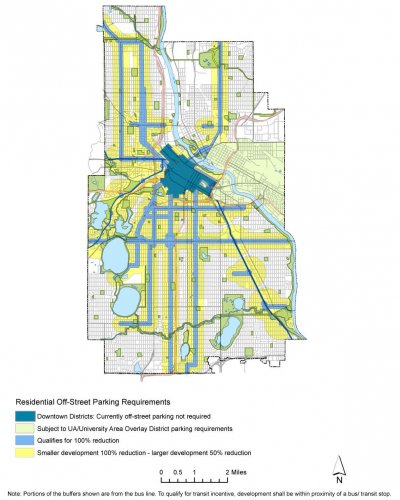 More Discoveries Around the Airport is another photo bike ride around Saint Paul (others are here); this ride took place near Halloween last year and shows us sights big, small and delightful around Saint Paul’s Holman Field.

More Charts of the Day this week with two related to inequality with Minneapolis “Low-Level” Arrests by Race and Racial Inequality in Wealth over Time.  Housing Supply in Four Saint Paul Neighborhoods gives some data on four hot neighborhoods and, finally, for fun and sun Bodily Exposure at Different Solar Azimuth and Altitude

Map Monday: State Bans on Texting and Driving shows texting bans and fees for doing so (which range from $20-$10,000). Also check out recent posts on distracted driving.

Next Sunday is the Summer Solstice. Enjoy your morning walk with the dog, afternoon commute, and evening play in daylight this week (and store up memories for the Winter Solstice when you will be doing these things in the dark). Have a great week!