Last week was a light holiday week, but streets.mn writers have returned from vacation with more meatier posts this week and some rousing discussion in the comments, too. As usual, we have some reviews of current events like Minneapolis’ recent decisions about parking reform, observations about life on the streets, and some bigger picture posts to get you thinking about your city (or more about the Twin Cities). Have a look:

This week, there are three posts which consider some of the obstacles to getting around on transit, on foot, and in wheelchairs.  Don’t Talk To Me uses art to show some of the ways to increase private space on public transportation with a toolkit for preventing or repelling unwanted interactions. Physical obstacles for pedestrians and people using mobility aids on Franklin Avenue incite outrage and a call to action in In a Wheelchair? Good Luck on Franklin Avenue; commenters here give some additional input about possible fixes and more detailed discussion of issues along Franklin Avenue.  Finally, Kerb your Enthusiasm asks and answers “Why does the pedestrian need to lower themselves to the level of the road? The road should instead rise to meet the pedestrian” to prioritize pedestrian movement and give drivers a clear signal they are entering pedestrian territory. 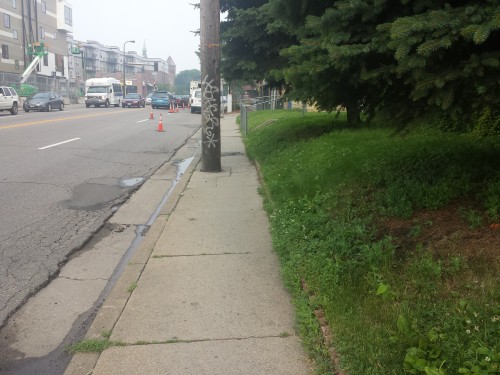 Where do the wheelchairs go on Franklin Avenue?

We’ve heard much about the proposed Green Line extension/Southwest LRT, its shortcomings and shortfalls, but The Other Bad Light Rail Alignment: The Blue Line Extension looks at prior decision making for the Bottineau Transitway by taking a bike ride out the proposed alignment and asking questions along the way about the details of station locations and route obstacles, but also big picture issues observing “It would be a mightily impressive feat to build the Green and Blue Line extensions and the Nicollet-Central and West Broadway streetcars, spending something close to $4 billion dollars of someone’s money to not really improve mobility for anyone compared to running damn buses at grade.” The many comments (by far the comment winner of the week) chew over the details,  but also consider how to reorganize governmental units to improve decision-making (and the legal obstacles in the way), bus or other alternatives, and more.

Seven Things That Could Make Transit Planning Better lists seven relatively simple ways to improve transit planning in response to this past week’s Metro Council approval of a “slimmed down” SW LRT/Green Line Extension “the cost of which is now just shy of what planners projected in 2009 for the Uptown (3C) route would have cost” (which was rejected as not cost effective). Commenters generally agree transit planning needs to be better, but rather than discussing the seven things proposed to improve it, discuss the rejected 3C alignment, current route and how these were evaluated by decision makers. Also take a look at Chart of the Day: Projected SWLRT Boardings circa 2007 and its comments which continue consideration and comparison of the 3A and 3C routes. 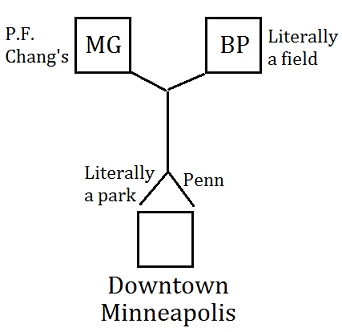 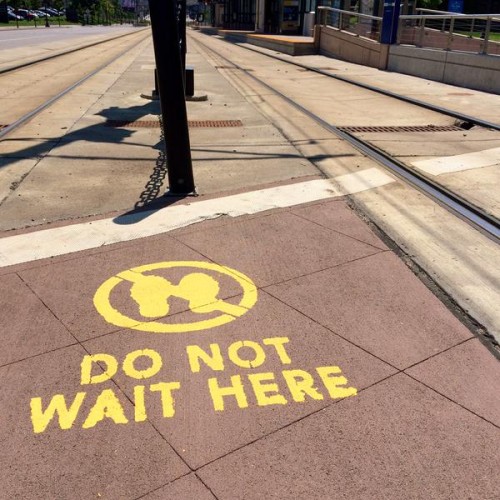 Do Not Wait Here

Minneapolis Parking Reform: The Cart, the Horse, or Something Else? highlights Minneapolis’ new parking regulations being adopted without being tied to a particular transit technology (they’re not limited to LRT, for example) and without requiring new investments having been made in advance, but tie reducing parking with access to transit corridors and asks readers to speculate on what the effects of the new regulations might be. Readers step up and discuss on-street parking, replacing buildings with parking, whether housing and parking should ever have been hitched together.  Don’t Leave North Minneapolis Out of Parking Reform notes City Council President Barb Johnson’s amendment to exempt North Minneapolis from the new regulations.

Meanwhile, over in Saint Paul, Bill Lindeke asks How Much is Saint Paul Leaving on the Table with its Backward Downtown Parking Policy? when city pricing policy for on-street parking almost gives away valuable curbside space while expensive off-street ramps stand emptier during downtown events. The post also gives a catalog of Bill’s other Saint Paul parking related posts, so it’s one stop shopping for finding about this issue. 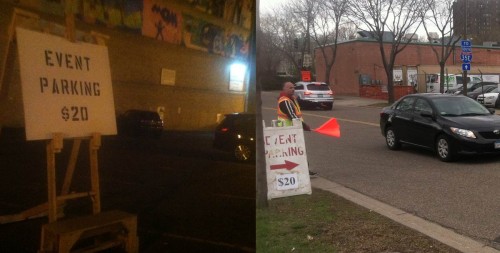 Passenger rail’s champion on streets.mn, Mike Hicks (see some add’l posts here ) reviews the long-delayed, recently released Amtrak study on adding a second daily train between the Chicago and the Twin Cities in Second Train to Chicago: Still Running Late. The trains on this line are almost always late, the report was late and direction for adding a second train is still missing, but “The fact remains that adding a second train between the Twin Cities and Chicago is a good idea and has been for a long time.”

Analyzing Maps Shows How Traditional Development Makes the Most of Limited Land takes another look at the productivity of development patterns by mapping property values per square foot in selected residential areas and near shopping centers; the findings support continued advocacy to get local leaders’ to pay attention to productivity rather than an initial jump in tax revenue or growth in tax base. Commenters ask a few more questions about how to map infrastructure costs in traditional vs. suburban development as well as drawing some more nuanced conclusions about what the maps show about value.

A Tree Dies in Minneapolis, or ‘One Way to Deal with a Desire Line’ Revisited takes a look at the poor tree planted to stop University of Minnesota folks from using the most efficient path and observes how it did not die a natural death, but was murdered by University construction projects (which still won’t solve the desire line problem). 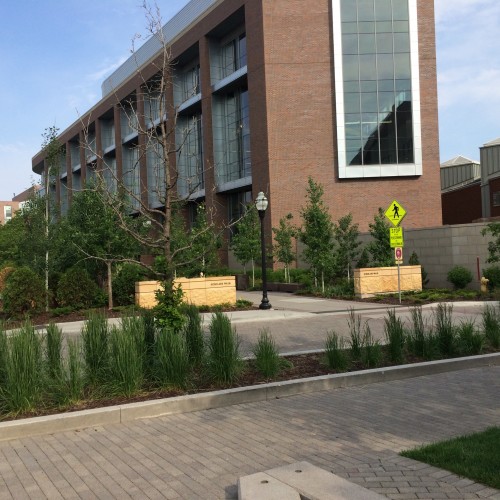 Map: Map Monday: Sixty Years of Sprawl in Minneapolis maps connectivity by measuring nodal degree (how many street links meet at an intersection) and showing how the grid-like pattern was abandoned, but is now being revived.

Charts of the Day: Percent Chance that Bars will Reach the Top of the Graph, Projected SWLRT Boardings circa 2007 (relevant to Blue and Green Line posts), Walkscore vs. Streetscape Quality, and Parking Prices, Occupancy, and Revenue (relevant to Minneapolis’ vote on parking requirements and Saint Paul’s parking choices).

Comic:  Roadkill Bill – Responsibility continues the tale of Roadkill Bill while we continue to wait for more Bicyclopolis from Ken Avidor.

The streets of Minnesota promise to be hot today, so go out early and read all the good stuff in the heat of the afternoon.  Have a great week!