Saint Paul has extended the hours of enforcement on its downtown parking meters starting this week, and already I have seen results which made me gleeful. The City Council had an event at the Ordway Theater. Being the horrible urbanist that I am, I drove myself, and no one else, to the event and began searching for street parking. My years of training kicked in: despite the event being on a Tuesday night, despite me getting there later in the event, I instinctively wanted to park my car almost into Lowertown. 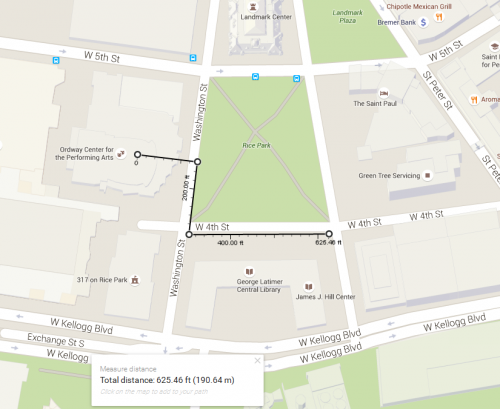 My parking space and walking path, 600 feet from the front door.

I kept feeling this pull to park at every open spot, but I kept my head down and overpowered these emotions, knowing metered parking would allow me to park fairly close to my destination. Lo and behold, I found what I thought was a killer spot, just on the other side of the Saint Paul Public Library’s George Latimer branch. When I parked, I felt pleased with myself, even without major events (Winterskate was in rented use, not open skate), the feat of parking close to my destination in downtown is somewhat unfamiliar. Having walked across town to go to a Science Museum show on an uneventful Sunday afternoon in the past, this felt miraculous. Or so I thought. Even though my walk from my car to the front doors of the Ordway was but 1.5 blocks, I saw several open spaces. 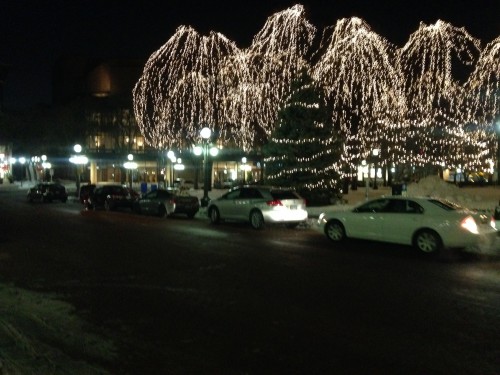 There are four open spaces on this block, the photo is taken where three consecutive open spaces were at the time. 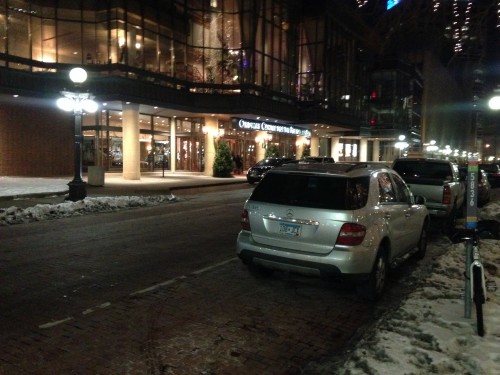 Just around the corner… the Ordway is just across the street 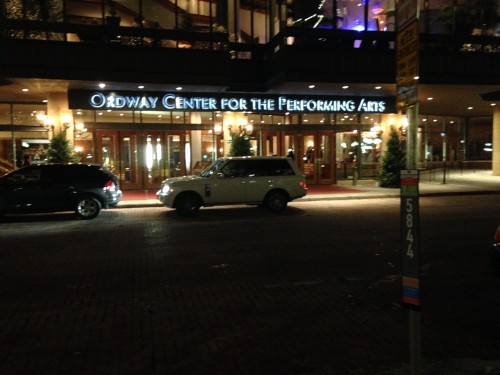 Just across the street? A fluke maybe? 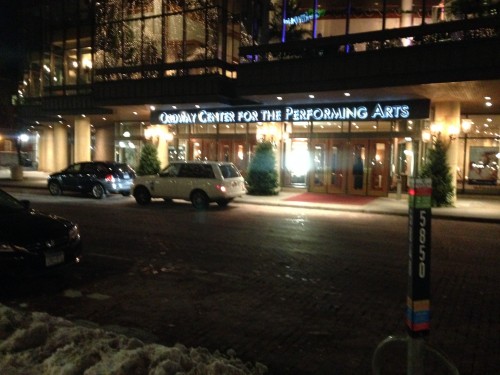 Okay, two spaces directly across from my destination. Maybe the parking meters work!

Obviously, on a Tuesday evening, with no Wild game, no concert, and no open skate, maybe there wasn’t that big a need for parking. But in the Saint Paul I was raised in, parking across the street from your destination with the meters off was called a movie shot, something so rare you felt like you were a movie star filming when you got the perfect space. And there were three movie shots that night, with four more better parking spots along the route I walked to get from what I thought was a pretty good find. Maybe these meters work!