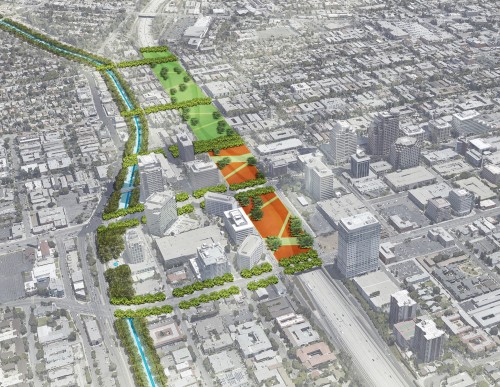 Every day at The Direct Transfer we collect news about cities and send the links to our email list.  At the end of the week we take some of the most popular stories and post them to Greater Greater Washington, a group blog similar to Streets.mn that focuses on urban issues in the DC region.  They are national links, sometimes entertaining and sometimes absurd, but hopefully useful.

For Houston, not if, but when: Houston is the energy capital of the United States, with major chemical, oil, and gas facilities sitting on its ship channel. The city would also be a sitting duck if the right hurricane came along. This interactive story shows what happens when flooding inundates Texas’ coast. (Texas Tribune)

Mayor of Baltimore: Black Lives Matter activist DeRay Mckesson is running for Mayor of Baltimore on a platform that’s heavy on city planning. He wants to revitalize neighborhoods by making it easier for low-income residents to get home loans, along with restart the Red Line subway project that was cancelled last year. (Curbed)

Tip of the cap: Glendale, just north of downtown Los Angeles, could build a park overtop Highway 134, reconnecting downtown with the northern part of the city. City council members are visiting Dallas’ Klyde Warren freeway cap, and will take a vote after that. (Time Out Los Angeles)

Circling Atlanta: Ryan Gravel wrote his master’s thesis about the idea to turn a a network of old freight rail lines into what is now knows as the Beltline, a green ring of transit and trails around the city. Now, he’s head of the “Atlanta City Design Project”, a new effort to re-imagine Atlanta as a sustainable and inclusive city. (Atlanta Magazine)

Pilot light out: America’s contract air carriers that do a lot of the regional work for major airlines have been suffering from a lack of pilots. Republic Airways just filed for bankruptcy, and some argue that this is a long term deficit that will hamper the industry for some time to come. (The Economist)

The coffee shop it is a changin’:The coffee house has gone through four major stages, from a place to simply get a drink to a third space for the community to boutique coffee shops to, finally, the coffee bars popping up today. The general trend: less WiFi and invitations to sit and work for hours, more face time and conversation with baristas. (Core 77)

“These new standards are an urban design revolution, they overturn the destructive Chinese model of superblocks, gated communities, and giant streets that has been too long eroding the livability their cities. [The authorities] have been testing these ideas for years, but now they are moving them to a scale that is unprecedented.”