I’ve just returned from a trip abroad (Scotland & Ireland) and am having familiar thoughts: why do other countries seem to get things about urban design that America just doesn’t?

Okay, so looking around a bit while on vacation isn’t exactly a scientific way to evaluate the relatively quality of urban planning, but it’s not nothing either. Whenever I’m abroad, I sure get the feeling that European cities and towns understand that moving cars around is not an important priority for a vibrant urban center. Just the opposite.

Nearly every (every?) major city and many, many smaller cities and towns have pedestrian zones in the downtown shopping areas (and elsewhere). For example, the Royal Mile in Edinburgh is the historic (like, way-back) main drag in the city center, connecting a castle on one end to a palace on the other. My (possibly flawed) memory says that last I was there, most of it was open to car traffic. This time, significant chunks were pedestrianized: 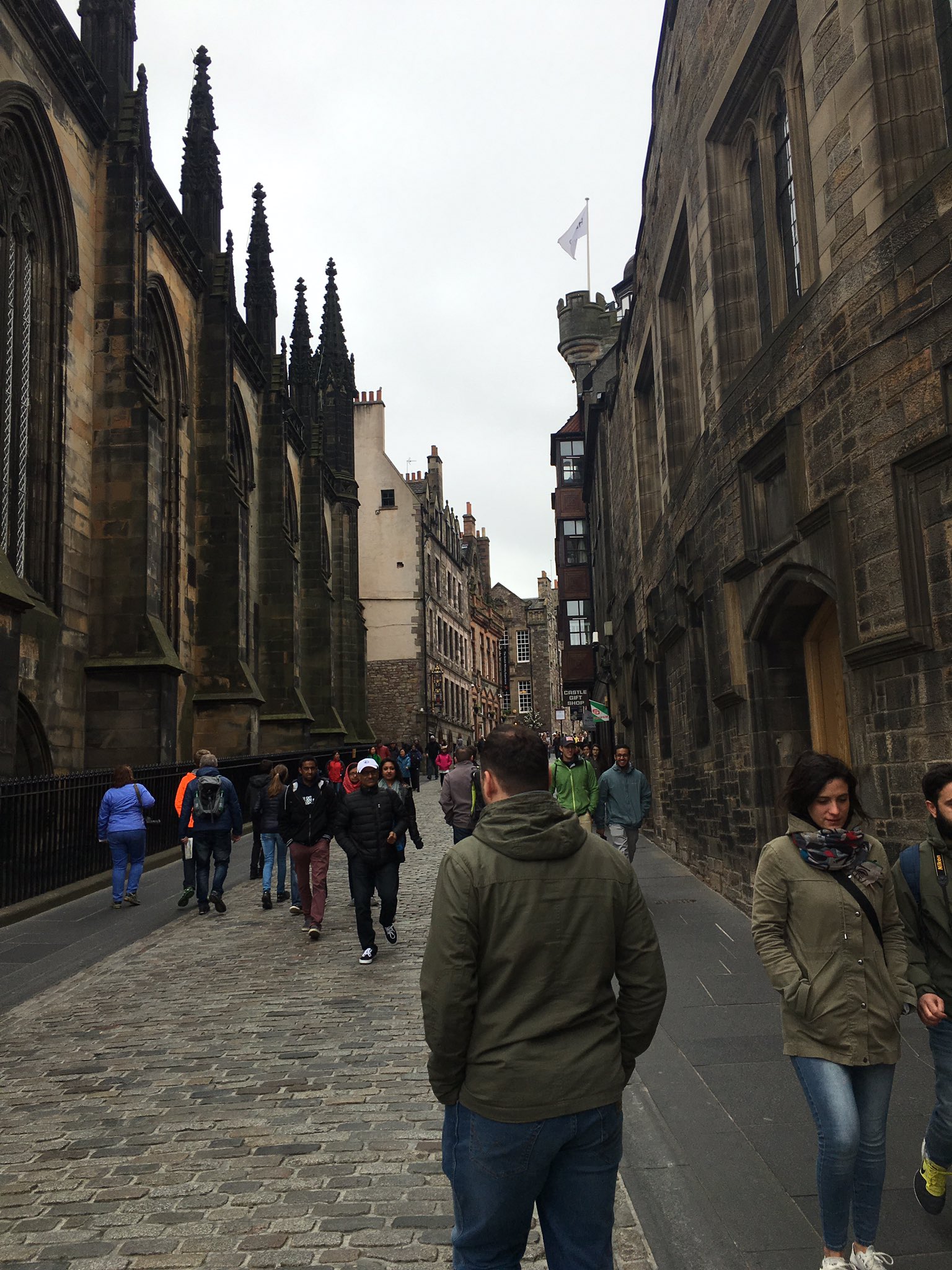 And even where cars were allowed on the Mile itself, they did not seem prioritized and/or were few enough to not meaningfully detract from an enjoyable stroll. It was great. (I thought I spotted new pedestrian areas in the city’s Georgian New Town as well, but didn’t snap any pictures).

Okay, so the Royal Mile is more of a tourist destination than an active shopping corridor, so maybe it doesn’t count and doesn’t contain any lessons for cities without ancient roots that attract travelers.

But you can’t say that about Princes Street, which is lined the kinds of retailers that cater to locals (e.g., Boots). While not pedestrianized, much of it is off limits to private cars and given over to transit: 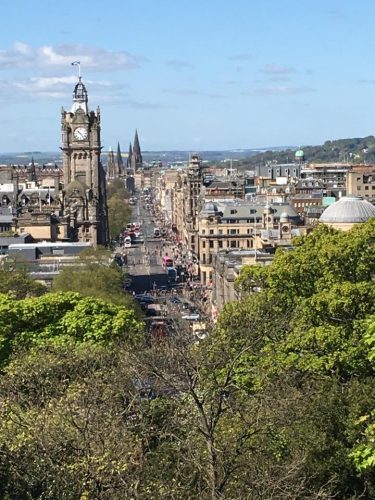 A view down Prince’s Street

It’s not just the big cities either. Here’s the center of relatively minuscule Fort William in the Scottish Highlands: 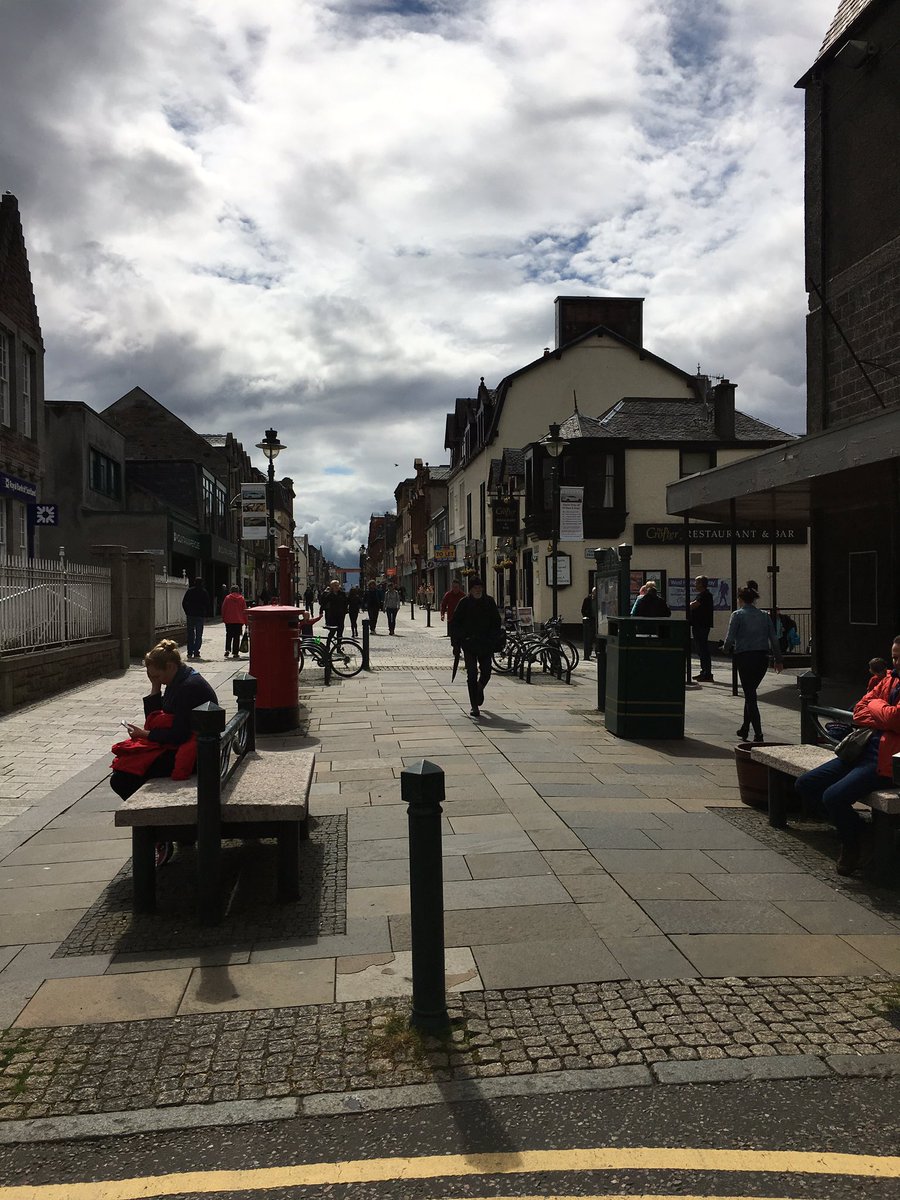 Nor is it contained to the island of Great Britain, as here is Grafton Street in Dublin: 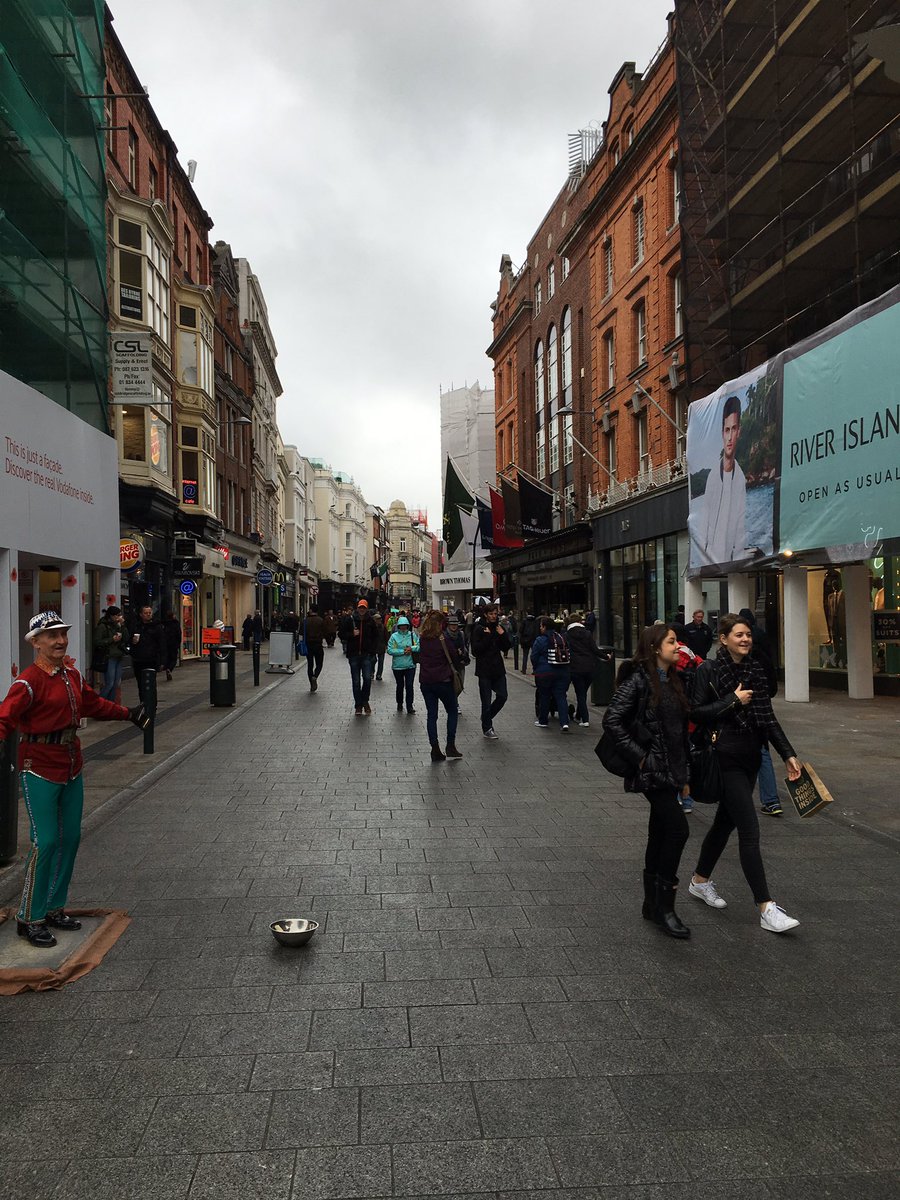 Grafton has been car-free for as long as I can remember (okay, so that’s probably less than a decade, but still), but I could swear that Dublin has expanded the zone of pedestrians along a number of the cross streets. And this is shopping central. I’m also pretty sure there are new pedestrian zones in the shopping areas on the north side of the Liffey as well. 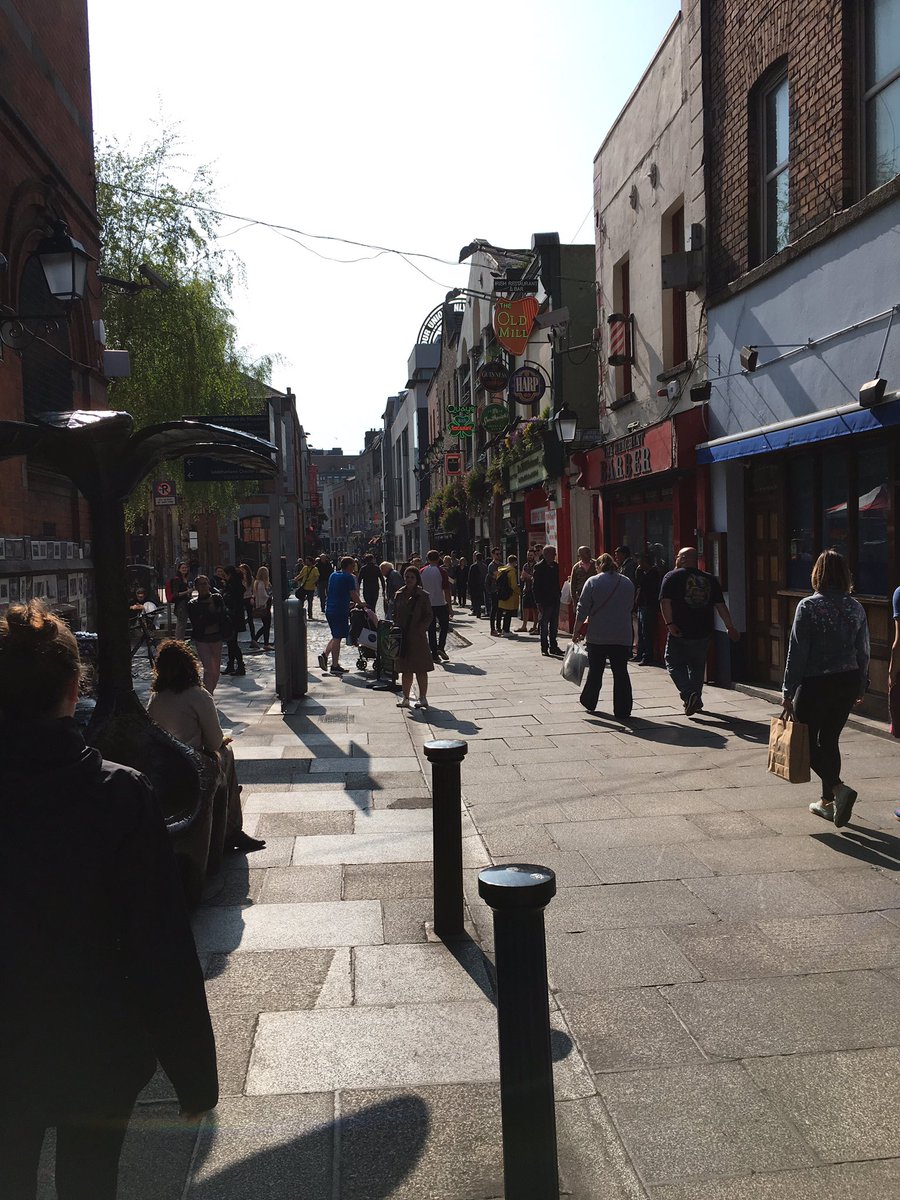 Or both shopping and entertainment, in Galway (where Saturday afternoon sun really brought out the crowds): 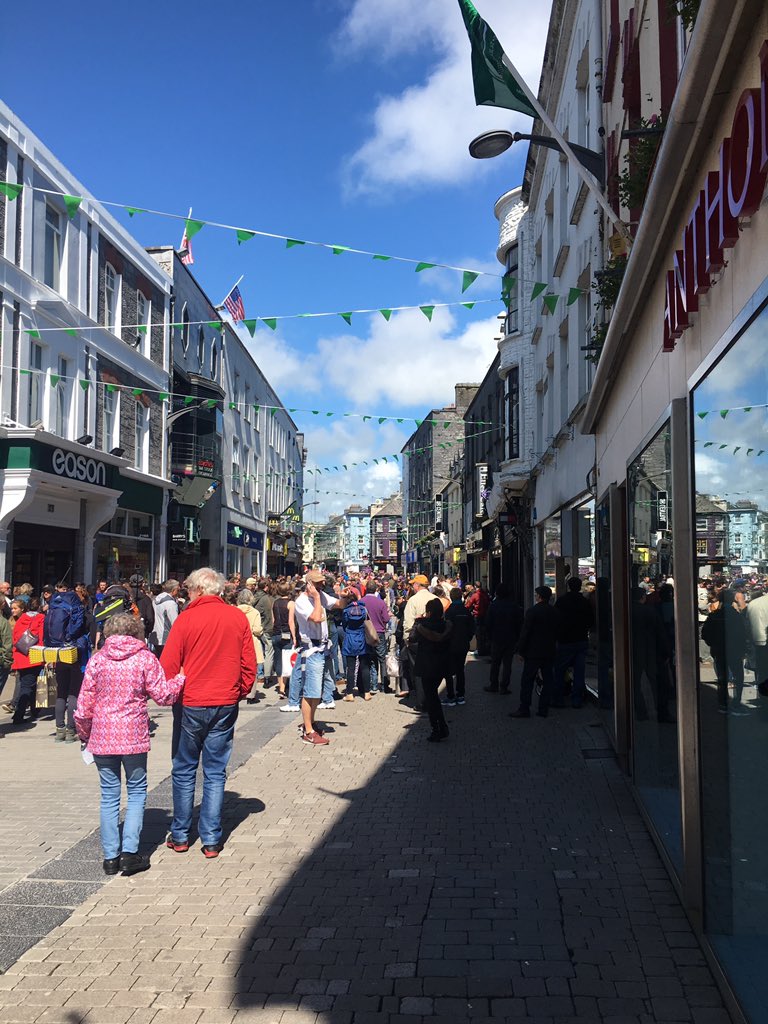 Meanwhile, we’re spending tens of millions of dollars to re-build the Nicollet Mall, but keeping the buses.

Short of going completely car free, I also noticed Scottish cities doing things that would seem like they would spark outrage if they were proposed here. For example, check out this street in central Stirling: 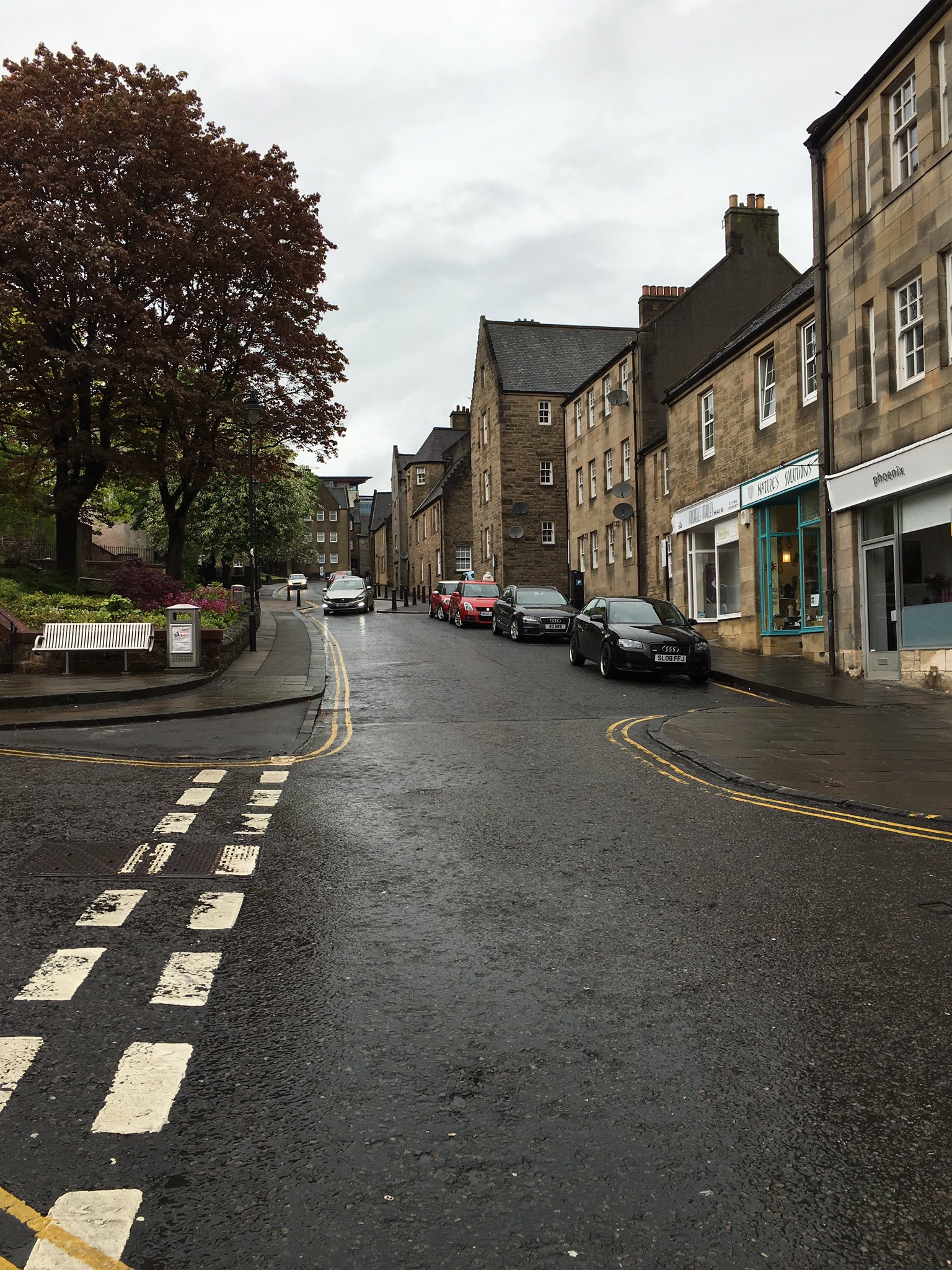 My photography skills may not have captured this as clearly as I would have liked, but this is something I’m not sure I would have noticed before I started reading this blog regularly. What we have here is traffic calming measures to what would already have been a very narrow street by U.S. standards. Note that the car coming toward me is making it’s way through a chicane that’s forced it to slow down. In the foreground, both sides of the street have bump-outs that tighten the required turning radius and slow turning cars,while also reducing the crossing distance for pedestrians. You’ll have to take my word for it that this is all on what amounts to a major thoroughfare in the historic part of the city.

And can you image doing this with our speed limits: 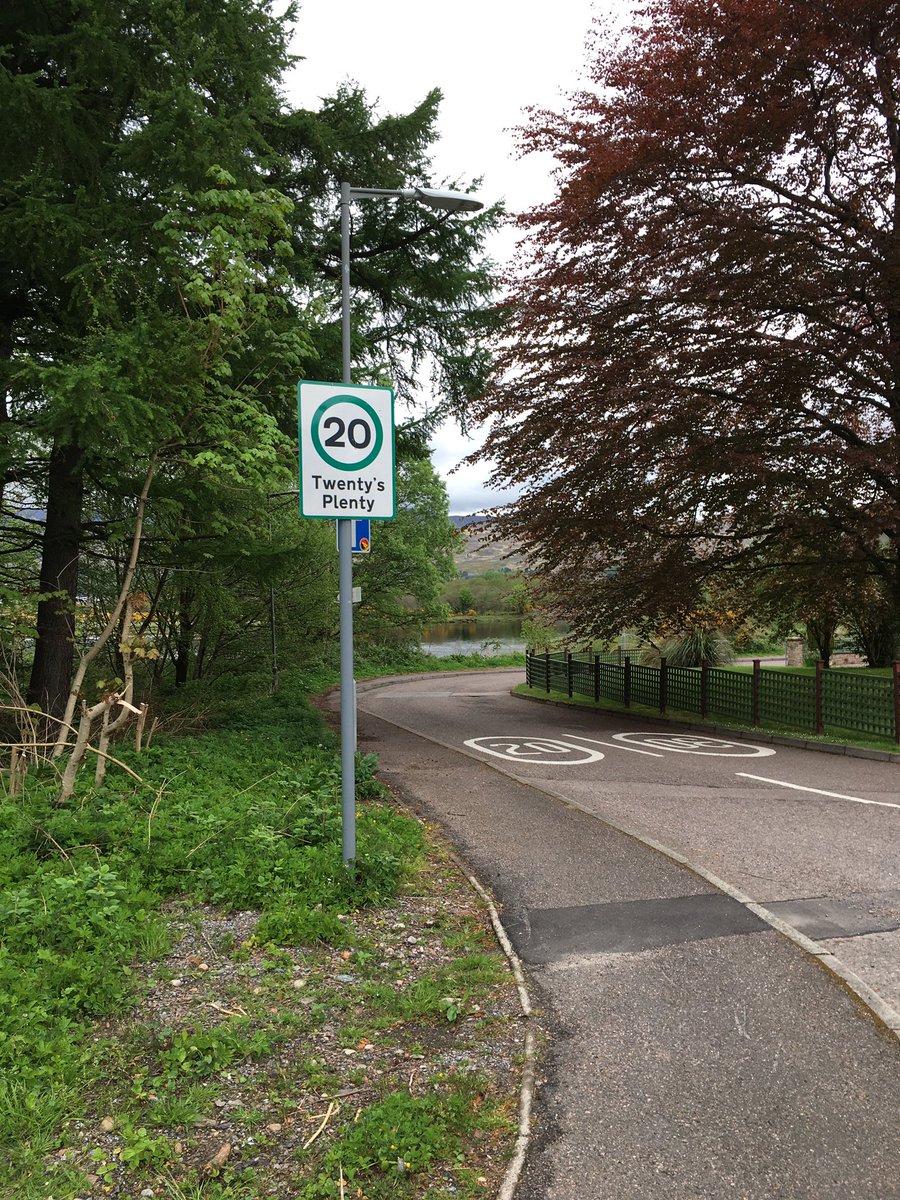 20 mph speed limit on a Fort William side street

Obviously, Minneapolis and St. Paul are not historic or painfully quaint. They certainly don’t currently have the charm of an ancient European city. Nonetheless, what’s happened in nearly every European City (if you’re reading this, I’m sure you’ve seen some of the those “Amsterdam didn’t used to be Amsterdam” images) demonstrates that de-emphasizing cars is not fatal to vibrant city centers. On the contrary, I firmly believe that our downtowns stand a much better chance to thrive if we can make them a wee bit more like places to be, rather than places to drive through.