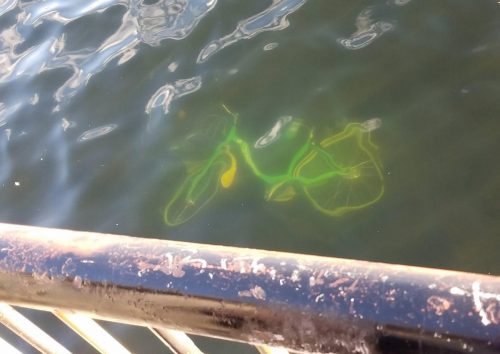 Lime isn’t bringing its bikes back to Saint Paul in 2019 and I think that’s fine.

And if I died while riding my bike the cops in Saint Paul would be nonplussed.

I tried riding a Lime last year. Not the scooter; those were fine, if a little boring. But the green bikes were heavy, slow, they demanded physical labor from you in addition to the money per minute.

Public Works removed Alan Grahn’s ghost bike from Summit and Snelling last year in under a month after a hail of online complaints that it was haunting and traumatic to the kids at the school down the street. The community ride in Alan’s memory had a helmeted Mayor Carter asking honking motorists to calm down while solemn riders rolled past. A community’s attempts at grieving were met with irritation, and quickly swept out of sight.

Those Lime bikes, despite the theatrical complaints of obstruction from drivers and newspaper columnists, always did seem to end up fallen halfway onto the path along Mississippi River Boulevard. I can’t remember how many of them I hurled off the pavement on and onto the grass as I tried to go to and fro. It got tiresome, stopping and chucking those ugly green frames.

Dan Lytle was crushed to death by a driver a hundred yards from our big beautiful cathedral two weeks ago. SPPD Sgt. Mike Ernster brought that little microphone stand of his out to the corner of Kellogg and John Ireland then contorted the English language to create as much sterile distance as possible between the person driving and the shattered body of a man, dead in the street. I imagine Sgt. Ernster gets tired of doing that every time someone gets smashed to pieces on a road in Saint Paul.

I think we’ve gotten all the benefit we can as a community from the Lime bikes. They very obviously raised Joe Soucheray’s blood pressure and I’d give high schoolers service hours for every moment spent in pursuit of that goal. But he’s already written his cranky article and I reckon we’ve entered diminishing returns in that arena.

Maybe we should just lean in to the frivolous bikes, like we do with Ayd Mill Road.  We’re about to spend seven times our community’s yearly bike budget to repave a creek bed so folks in Eagan can cut through Saint Paul to Minneapolis a bit faster. If we’re gonna dump 3.5 mil into Summit Hill’s ugliest sin we may as well keep the dumb green bikes that nobody uses.

Forgive the hyperbole. It’s hard to be concerned about the loss of rentable bikes in a town where cars kill more people than guns, but the cops wear bulletproof vests and not the obnoxious blinky lights they’d like to staple on to every night jogger. So goodbye to Lime bikes; maybe we can buy the stock they left behind to paint white for the next ghost bike.