With the news that the City of St. Paul will dedicate half of Ayd Mill Road as a dedicated bicycle / pedestrian path, it is time to revisit Pennsylvania Avenue, which is located just north of the Capitol campus and Regions Hospital.

These two roads are similar in several ways 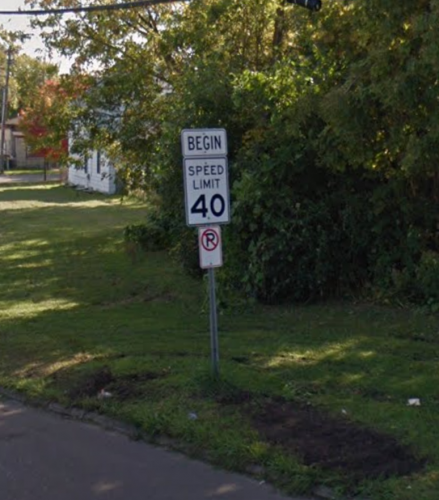 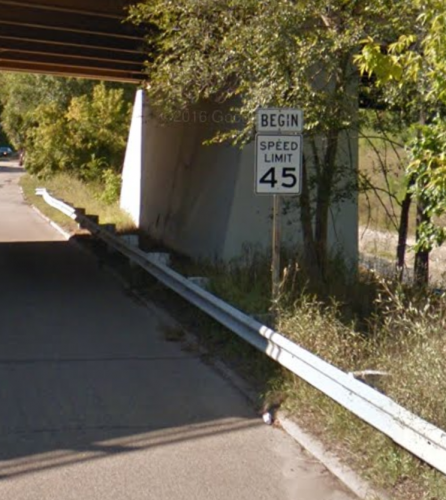 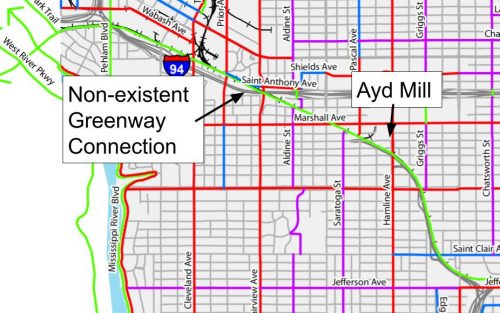 On the St. Paul Bicycle Plan Ayd Mill Road was planned as an off-street path that would connect in the distant future to a Greenway extension over the Mississippi River.

Likewise, Pennsylvania Boulevard was planned as an off-street path that would connect with a non-existent road to Piece Butler.

There are a couple of differences 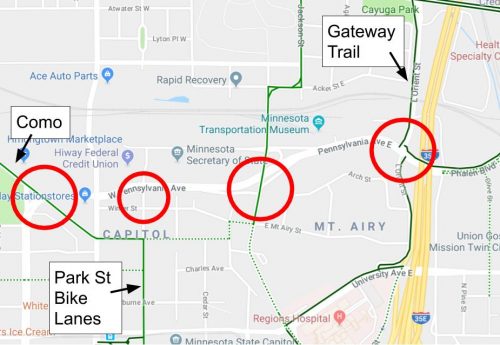 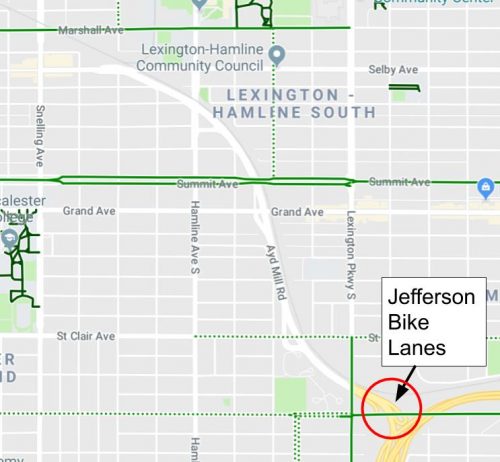 Where to put bikes on Pennsylvania?

In a previous streets.mn article I proposed taking one lane from either direction of Pennsylvania to create bikeways. The downside to this proposal is that in both directions there would be some hazardous stretches where cars are entering or exiting Pennsylvania onto Jackson Street.

Using the south side of the roadway makes the most sense because it avoids the access points to the Railroad Museum and the Empire Drive business area. The only access points that are of concern would then be the Jackson Street ramps.

If we reduced car lanes to the northernmost lanes we could avoid the Jackson Street ramp conflicts altogether, and the existing ramps on the south side would be excellent and safe access points for bicyclists and pedestrians. What we would need to do is reshape the existing Jackson Street ramps on the north. The most functional way to do this would be to create a perpendicular intersection with an east-bound left turn lane on Pennsylvania.

Pennsylvania and Jackson Intersection Before

Pennsylvania and Jackson Intersection After

The ramp would probably need to be widened a bit. The other ramp (marked with a red X) could be removed for efficiency or retained because we love having more pavement to maintain. Between the two ramps this design could be tweaked any number of ways, but it’s shown as one possible solution.

Where are the best bikeways being built?

It is in some ways an accident of geography and various historical factors that leads us to having wide, uninterrupted roadways next to railroad tracks or having abandoned railroad tracks ready to be repurposed. We can’t create these opportunities in just any neighborhood of the city. However, to continue the comparison between Ayd Mill Road and Pennsylvania Boulevard, let’s look at the parts of the city where these opportunities do exist. 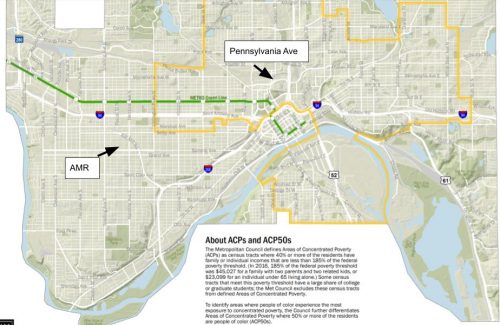 This map shows the parts of St. Paul defined as ACP50s by the Metropolitan Council. In short, these areas have at least 40% of household incomes at or below 185% of the poverty level AND where 50% or more of the residents are people of color.
(Zoom in to the photo above or click the link for more details)

Clearly, Pennsylvania exists in an ACP50 area and AMR does not. The only point I’d like to make here is that if we as a city are willing to invest in and develop such a great bicycle / pedestrian path in a wealthier, whiter part of town, shouldn’t we capitalize on a similar opportunity in a part of town that looks different and has been historically underserved?

What do you think?