This post was cross-posted from the Our Streets Minneapolis blog.

Another summer of Open Streets Minneapolis festivities has come and gone, and during all the fun, the Downtown Bikeways Work Group collected some valuable data about people’s bike lane preferences. A poster with images of the different types of bike lanes you can find in Minneapolis asked Open Streets Minneapolis attendees to place a sticker next to the bike infrastructure on which they feel most comfortable riding. Over the course of the summer, a whopping 1,742 responses to this question camein, and I’m here to report the final tallies. 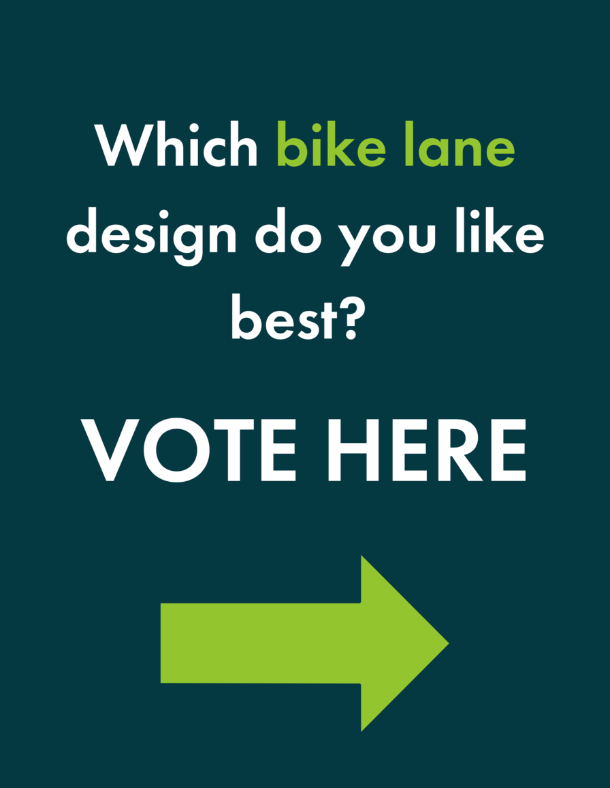 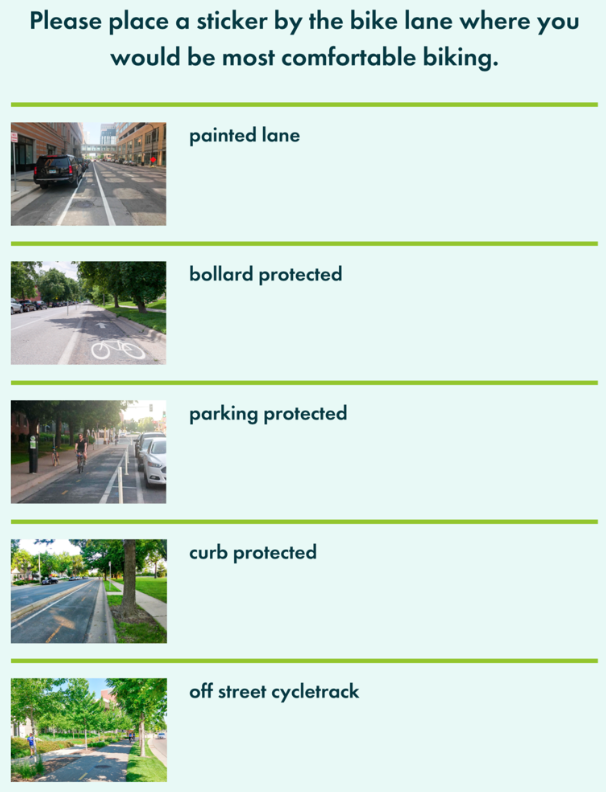 It probably comes as no surprise that community members report feeling most safe on bike lanes that keep them:

a) furthest from traffic

b) protected by some sort of physical barrier

While off street cycleways are clearly the favorite, I spoke with many people who didn’t think it was the only direction the City should pursue. Many people felt frustrated by the lack of protected bikeways on popular, direct routes, like Lyndale, Broadway, Franklin, and Lake Street to name a few. People stressed wanting to see more protected infrastructure on these roads in the form of curbs or other strong barriers. 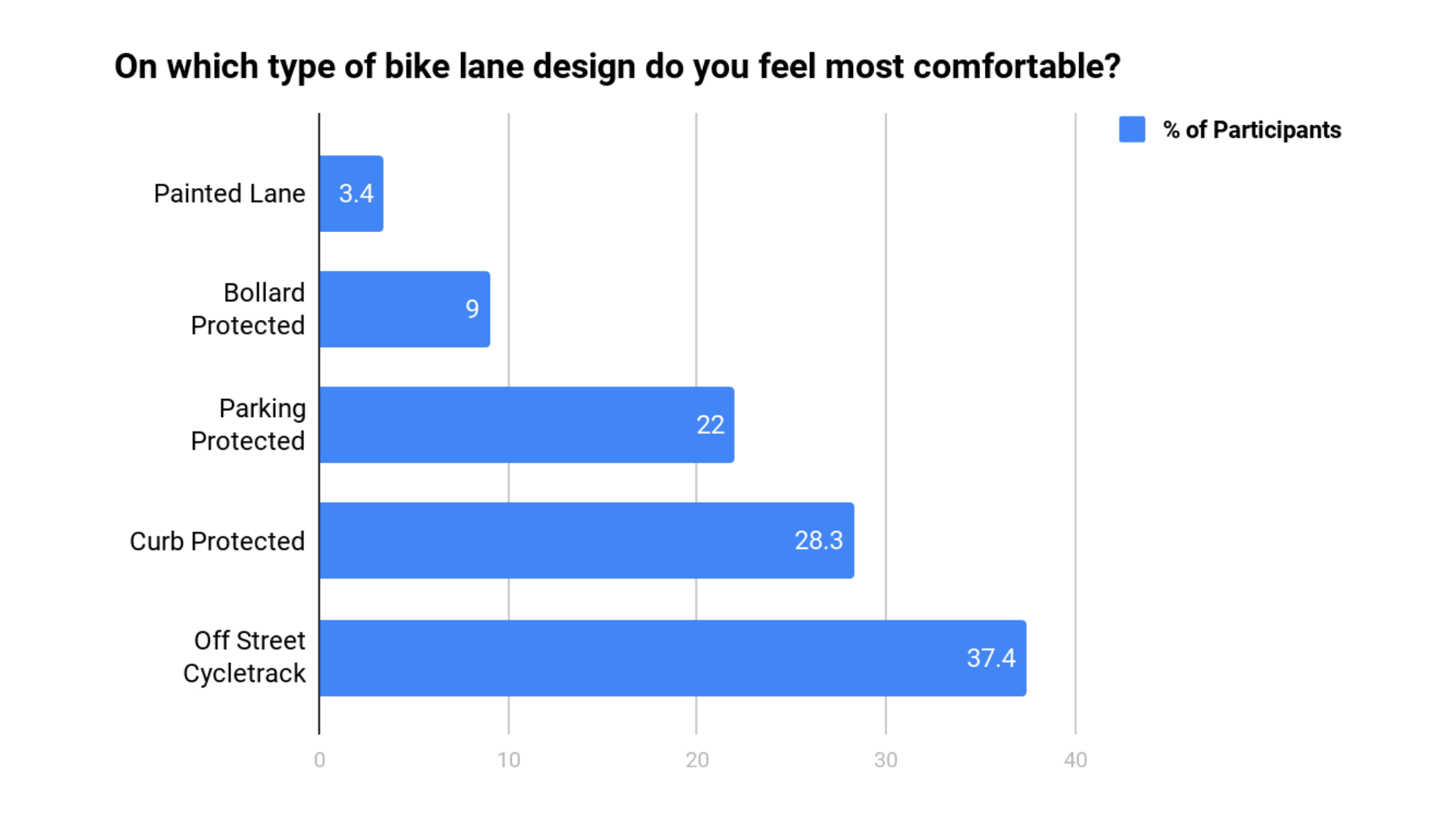 Quite a few people expressed discontent with the increasing amount of “bollard protected bike lanes” popping up throughout the city. People believe that these widely-spaced plastic posts are a sad excuse for bike protection, as they would not do much to hinder a car from veering into bike traffic. One person referred to them as “glorified pool noodles.”

However, most folks’ least favorite (car users and bikers alike) were painted bike lanes which are the main form of infrastructure we currently have throughout our city. The first image on our poster is an example of a painted lane downtown, with parked cars to the left and moving traffic to the right. The majority of people I spoke with expressed not feeling safe biking on these stretches of road, as there are often threats looming on both sides with cars on one side and parked cars on the other. Many people stated that they would never take their children riding along these corridors due to how unsafe they feel. Car users also reported finding these painted lanes extremely stressful, because they not only have to keep an eye out for passing cars as they enter or leave a parking spot, but must consider passing bikers as well.

It was clear from my conversations with Minneapolis residents that most people didn’t feel comfortable biking in their own city with the infrastructure we currently possess. Although the city of Minneapolis boasts of being one of the best biking cities in the country, with over 225 miles of bike lanes, accessibility, connectivity, and safety remain large concerns.

If Minneapolis is serious about calling itself a bike friendly city, we need to start investing in the sort of infrastructure that makes us worthy of that claim. The conversations that I had with people signal that we are not there yet, and we need to continue to press our public officials to make protected bike infrastructure a top priority where it’s needed most. We plan to bring these survey results to the City Council to show them the type of infrastructure people want to see more of in the hopes of triggering a response, and having the necessary actions taken.

In addition to our efforts, if you feel strongly about seeing more protected & connected bike lanes throughout Minneapolis, consider reaching out to your city council member to let them hear your thoughts.

Use this link to see who represents your Ward. Check out these resources on calling, writing, and meeting with your elected officials if you’d like a quick guide.