I’ve been thinking a lot lately about the psychology of driving (Warning: this post contains no actual science). Specifically, I’ve been thinking about how humans react, primarily emotionally, to the experience of driving and the circumstances in which we find ourselves driving. I’d bet there are actual studies out there on this topic, but for the moment, let’s just think about our own emotions when on the road.

This, for example, is frustrating (for the car driver; I’ve never driven a tractor):

And so is this: 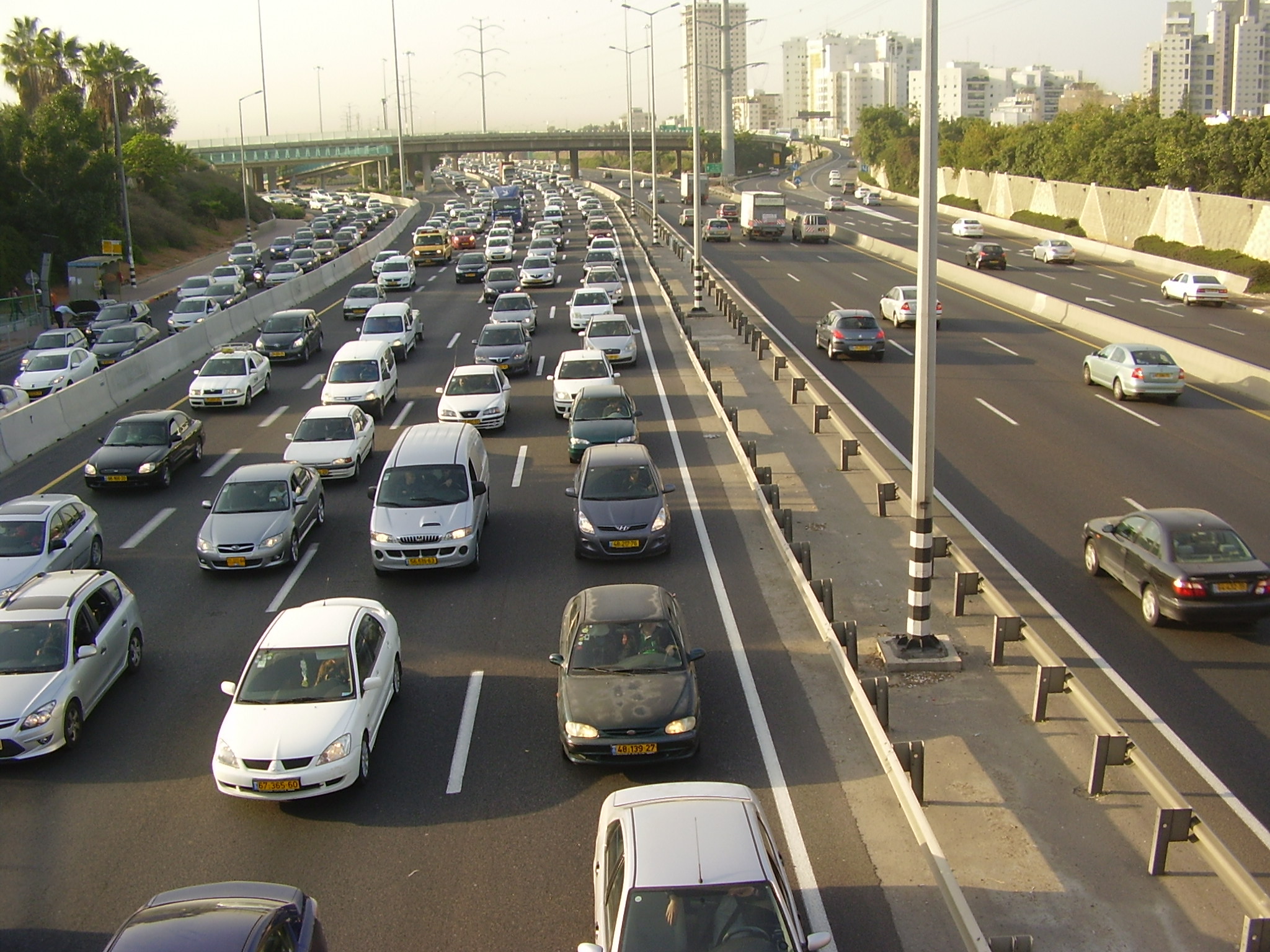 I’ll try going the other way, thank you (Image of an Israeli traffic jam via Wikimedia)

Think about someone in front of you driving more slowly than you’d like in left lane of the freeway. Think about the car in front of you being slow to start at the newly green light. Think about Grandpa out for a leisurely drive when you need to get to work. Or even worse, think about one of those darn biking scofflaws taking the lane (in between running red lights, skimming from god-fearing taxpayers and endangering soccer moms’ children).

The first three may be technically illegal and/or dangerous. None of them are a material delay to your driving experience. All of them are frustrating. Why?

If you spend a half mile behind a bike, or two miles doing 55 instead of 65 or a few extra seconds at a light, your trip will range from exactly the same (if, for example, you’d have to stop at the next light anyway) to a few seconds longer. Why does it feel so important?

I think an answer to that question is critical to thinking about how to design our roads and, hopefully, make them safer for all users. If the answer is those lost seconds are precious and drivers can’t be asked to spare them, then maybe we can just keep expanding road capacity (to heck with induced demand!) and we’ll be a nation of happily speeding drivers.

In case the sarcasm isn’t obvious, I don’t think those seconds are that precious. And I don’t think anyone who stops to think about it actually believes they are.

Instead, I think what’s frustrating about these experiences isn’t that we’re not going slightly faster. It’s that we’re going slower than our context tells us is appropriate. Driving less than 30 miles per hour somewhere like here, for example, doesn’t inspire the same rage: 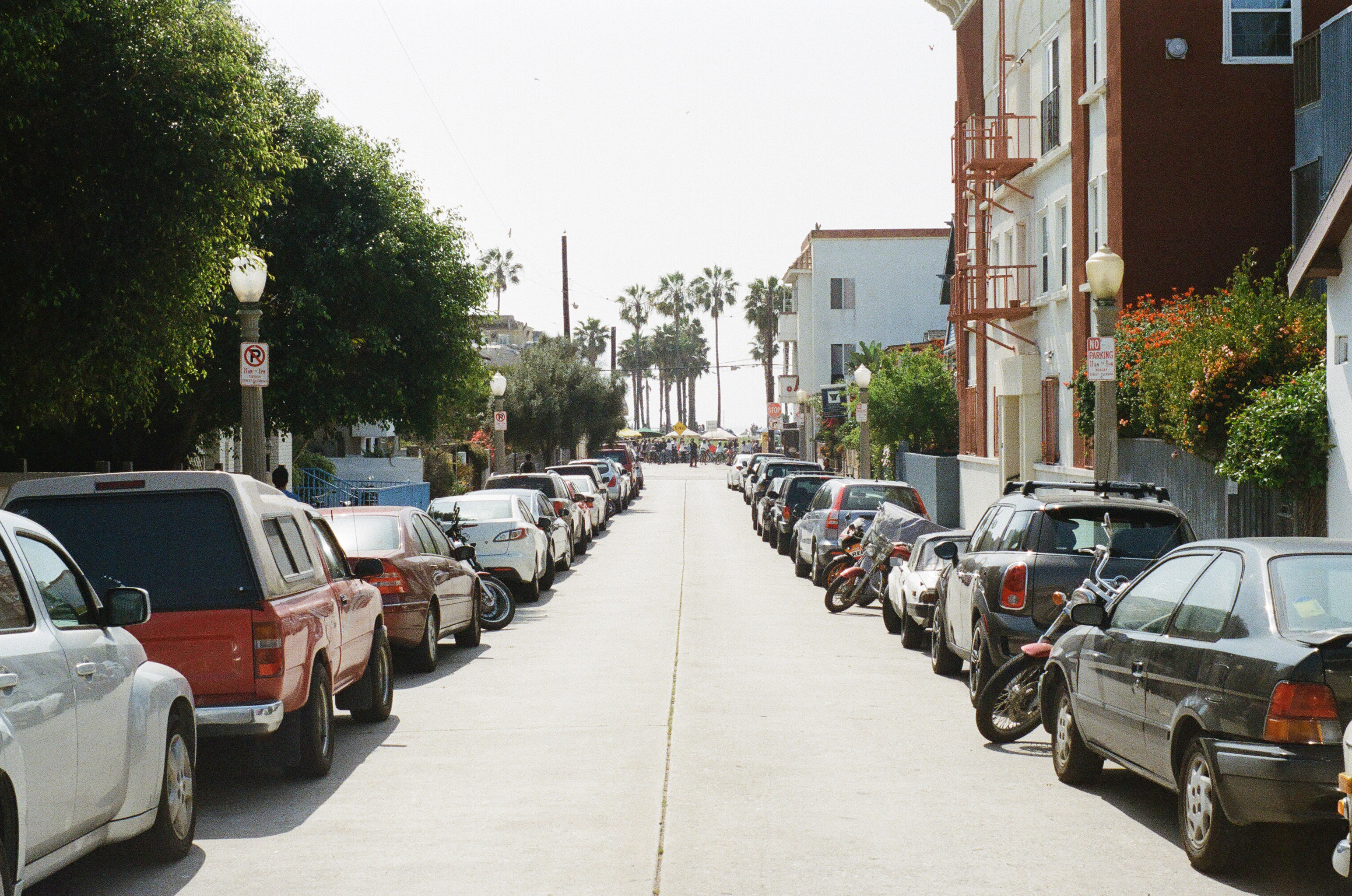 When I was a kid we lived on Long Lake Road in New Brighton. When we first moved there, it was a winding two-lane county road with a gravel shoulder. Then it got rebuilt with wide paved shoulders and cement curbs. I remember my dad consistently making a point of driving exactly 30 miles per hour down the new, wider, safer-feeling road. There was always someone tailgating him. Are the north suburbanites just scofflaws?

Nope. It was “safe” for the vehicles to go significantly faster than 30 mph down the new, wider, straighter road and they could feel it. Asking them to consciously restrain themselves to 30 mph (or below) is a losing game, even in the days before cell phones. Compliance takes constant vigilance that humans may simply be incapable of maintaining even if they want to.

One of the insights of behavioral economics was that people aren’t really aware of why or how they make decisions. The decisions happen, and people tell stories to explain how or why they happened.

I think something similar happens with driving speeds. People drive at the speed that feels safe from their perspective behind the steering wheel. When we make streets wider, get rid of parked cars, fail to mark crosswalks, leave off bike lanes, etc. we’re making drivers feel fewer conflicts, thus making them feel safer, increasing the speed at which they will want to travel, increasing their frustration when something makes them slow down and making them more dangerous to each other and everyone who isn’t in a car.

That’s certainly not good for pedestrian and cyclists, and I don’t think it’s even good for drivers.

24 thoughts on “The Psychology of Driving”