Minneapolis Council Members Lisa Bender and Lisa Goodman have introduced a change to city ordinances to broaden the coverage of Pedestrian Oriented Overlay districts. This includes a ban on drive-through fast food, banks, pharmacies, and other businesses. Eric Roper at the Star Tribune gave a pretty good run-down of the situation, followed by about 500 commenters raising the pitchforks and lighting torches at yet another sign of the war on cars. 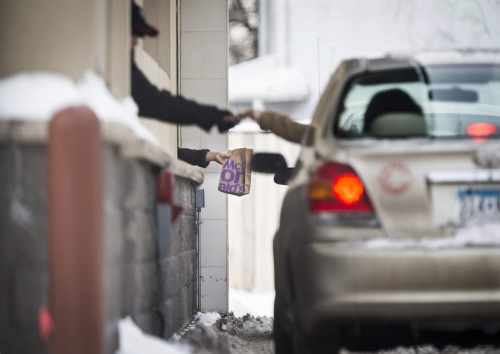 The Star Tribune Editorial Board seems to side with the angry masses, releasing a short piece stating the city should re-think this strategy, citing the necessity of drive-throughs, questioning public safety arguments, and arguing for economic flexibility in recovering from the dark times of the Recession. 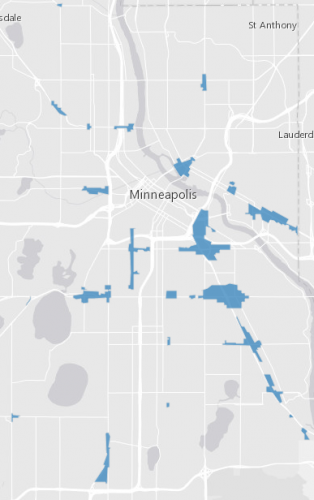 Before I challenge any of the comments made in the editorial, I’d like to clear up a few things that seem to be an underlying cause of consternation.

The proposal is to extend the existing districts in the Uptown and Eat Street commercial areas to include more of Hennepin, Lyndale, Franklin, and Nicollet–places with the highest pedestrian activity outside of downtown. Random commercial areas, even major ones like much of Lake Street, Central Avenue, and University Avenue Northeast, would still allow drive-throughs under this proposal. If you live in a sleepy part of Minneapolis and like to get your pills and burgers by car, you’re probably good to go!

The Star Tribune claims the public safety benefits are flimsy. I suggest they read up on transportation safety research that resoundingly says that commercial driveway frequency and vehicle volume are correlated with higher pedestrian collisions. In fact, commercial areas with access points fronting the arterial roadway were correlated not only with higher pedestrian crashes rates, but also higher multiple-vehicle and fixed-object crash rates, benefiting drivers and property owners in addition to walkers and cyclists. Pedestrian-scaled commercial areas fare better according to one study linked above:

While pedestrian-scaled retail uses are similarly associated with higher levels of walking, and are thus locations where more vehicle-pedestrian crashes would be expected to occur, they were nonetheless associated with significantly fewer crashes involving pedestrians.

What should be pointed out here is that drive-through facilities will almost always require two, if not three or more, often very large curb cuts for vehicle access management. You’re almost guaranteed to have an entrance along the main street. 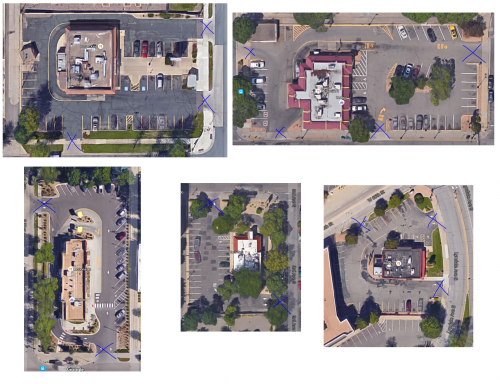 By contrast, a more pedestrian-oriented building with a parking lot can easily get by with a single access point off a side-street, alley, or at worst a single curb cut along the main street in addition to a back or side entrance. Limiting drive-throughs will cut back on vehicle-pedestrian conflict points, and therefore enhance safety for all users.

The Star Tribune editorial suggests “Safe, well-lit streets with a vibrant business life and pleasant greenery will do far more to coax drivers out of their cars than edicts.” This completely misses the direct relationship of a street designed with multiple large curb cuts (and the required clear zones in the boulevard space) has on these desired outcomes. How many street trees do you see here? Does a parking lot feel safer to walk by than a building with windows and customers? What is the correlation between land-use intensity and demand for high-quality pedestrian lighting? Is there a negative feedback loop associated with pedestrian activity and the convenience of driving to the same destination, even if it’s already within walking distance to many?

Of course, no one is claiming a ban on drive-throughs will solve our pedestrian safety issues alone. Most streets.mn writers are actively pushing the city, county, and state to reform transportation designs to make streets less dangerous. The Star Tribune Editorial Board assumes the obstacles and dangers we face daily should remain the status quo, whether in quiet neighborhoods or on busier commercial areas. They place the burden on pedestrians to simply stop and look both ways, or to be more aware of our surroundings, as if doing those things would prevent the type of tragedies that occur all too frequently at no fault of the more vulnerable road user.

It is in this point the Star Tribune shows another blind spot. It’s easy to just assume all users have the mental and physical capability to be alert and able to avoid a vehicle turning at 15 mph or exiting a drive-through lane behind a corner. In reality, Minneapolis is the home to many people with disabilities, in part because one can get around to daily needs without a car. 1.7% of residents aged 18-64 and 7.8% of people 65+ have a severe vision disability, both of which are higher than our regional average (1.1% and 4.9% respectively). Telling them to simply “watch out!” is a slap in the face to the challenges they face on a daily basis. The derisive language of “walk dreamlike, headphones in, Zen in place” ignores the 2% of 18-64 year-olds and 15.5% of 65+ residents with a hearing disability who won’t hear that car coming behind them. And, even if you’re a person with perfect vision and hearing, 5% and 22.5% of those same age categories have “severe difficulty walking or climbing stairs”–the kind of physical impairment that prevents someone from jumping out of harm’s way. This all assumes the pedestrian has the cognitive capacity to make quick and logical decisions, something many elderly residents struggle with. These people represent a significant portion of our population and, like the rest of us, deserve to use walking as transportation with minimal threat from vehicles.

The editorial also makes an point regarding public health by advocating drive-throughs prevent spreading illness via entering a store. It’s interesting the board went with this angle considering they had an opportunity to advocate on behalf of stopping the spread of illness at the workplace when it weighed in on Minneapolis’ proposed sick-leave policy as part of the broader workers’ rights agenda–no public health claim was attempted. Regardless, it’s disingenuous to claim public health benefits while not at least mentioning drive-through impacts from idling cars, fast food, and the growing prescription drug abuse problem across the United States (particularly in our car-oriented suburbs).

Despite the economic fear-mongering, downtown and many of the Pedestrian Oriented Overlay districts that ban drive-throughs in Minneapolis are the areas that have boomed post-recession. Think the thousands of units added along the Greenway in Uptown, downtown and the North Loop growing like gangbusters, Stadium Village’s dominance, downtown Northeast’s skyscrapers, and even less-publicized commercial areas like Eat Street have all proven economic vitality can be had without new drive-throughs. Businesses like pharmacies and fast-food joints will manage to survive in a less car-oriented world, trust me. 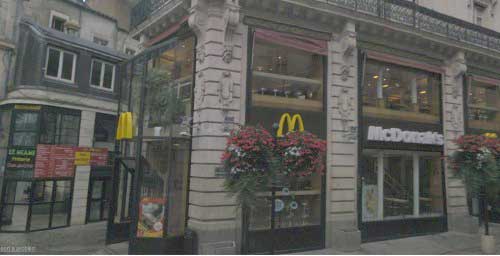 While the Star Tribune may consider drive-throughs a “convenience for some…a necessity for others,” the reality is that driving to pick up prescription drugs, fast food, or pull cash out of an ATM–even if it allows you to keep the kid in the back seat–is a luxury, not a necessity. It’s a bonus that makes driving just a little more attractive, factoring into every residents’ complicated decision on how to leave the house for the day. Considering the real public safety benefits of reducing conflict points and getting a few people to choose to walk or bike, this is a luxury Minneapolis can stand to lose in a few key highly-pedestrianized neighborhoods of our city.