As Bill Lindeke said in this intro to the new Mission, “Throughout the process of coming up with the mission, we uncovered a larger conversation about the shared values that tie together the writers, readers, commenters, organizers, and board members that together create streets.mn. We want these values to be at the core of what makes people care so deeply about cities, streets, towns, and shared public spaces.” You answered our query, “I want to live in a place where…” and we took those responses to identify these Core Values:

A better place is one that is…

People-centered: transportation and public spaces should center on people rather than private vehicles

Future-oriented: the built environment should be designed for the needs of future generations, and in the context of a rapidly changing non-human world

Justice-driven: cities, towns, and streets should empower and include people of all ages, especially the vulnerable and marginalized

Delight-cultivating: places should inspire happiness and wonder in all seasons and all times of the night and day

We’d love to have you write about how your places cultivate delight (or how you wish they would), how you work for greater justice in your community, or how you see your place changing for the future (or, indeed, anything else which helps advance our mission; we welcome new voices).

Robert Roscoe shares two stories this week: The Story of Rice Park describes the park and the changes which have happened over the years (with current and historic photos) saying, “Through provident circumstances, Rice Park has been able to maintain the whole of its land and its remarkable features while its surrounding buildings have maintained their handsome architectural solidity, preserving strong edges to the park.”  The Story of Saint Paul’s Selby Avenue Tunnel is how the Selby Avenue streetcar line created the need for the tunnel,  “In 1906 the Twin Cities Rapid Transit (TCRT) cut a tunnel under Selby Avenue lowering the grade to 7 percent, which was manageable for the electric streetcars to handle without counterweights. After a year of digging, the two-track tunnel opened in 1907. Streetcars bound for downtown St. Paul travelled below this section of Selby Avenue near Nina Street and descended quickly through the 1,472 -foot long passage to emerge at the base of the hill.” 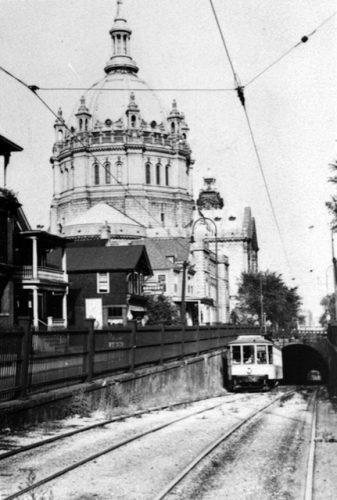 Streetcars in the Selby Av tunnel

Biking Through a Circus is neither fun nor safe when Circus Juventas is holding performances and parking is allowed in the bike lane on Lexington Parkway. Dana DeMaster describes her family’s trip through the circus traffic and advocates for organizations to help reduce driving and parking,  “Large events and unique organizations like Circus Juventas are great to have in the neighborhood. The reality is, however that everyone cannot drive everywhere all the time, especially when it endangers people who live in the neighborhood. Organizations of all types need to start thinking about traffic management to discourage driving. People should be able to enjoy a youth circus. My family should also be able to enjoy safe travels. The Circus needs a plan that respects its neighbors and encourages only those who need to drive to do so and those who have other options to take those.

The Most Important Things I Learned Working For A Bicycle & Pedestrian Advocacy Organization, cross posted from Our Streets Minneapolis, is a reflection by Frances Stephenson on her year interning with that organization. From never having commuted by bike to learning about what makes riding and walking easier and safer, this post describes falling back in love with riding, becoming a better driver, ideas beyond infrastructure, and how accessibility is crucial.

Take the Crosswalk to Nowhere While You Still Can says Chris Steller. Nowhere can be found at the intersection of Main Street and First Avenue NE, but, “Sadly, you may not have the opportunity to ponder such questions at the Crosswalk to Nowhere much longer. Forces are conspiring that would make it a crosswalk to somewhere, by replacing that blocklong dirt path along Main Street with proper pavement — probably for the first time in city history, judging from old aerial photos.” 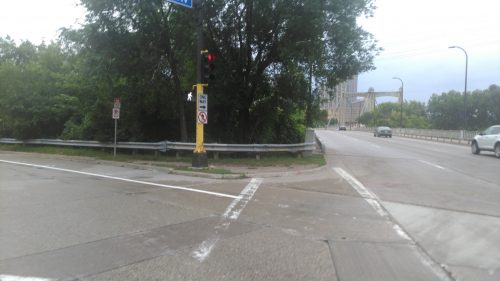 The end of the Crosswalk to Nowhere

Alex Schieferdecker provides Two Perspectives On The Housing Crisis: Affordable Housing vs Housing Affordability by unpacking some underlying issues, “How would you describe the root of the urban housing crisis? Many people might describe the issue as a “lack affordable housing.” Others might say that “housing isn’t affordable.” Many people might use both phrasings interchangeably. But these two statements are not saying the same thing. The first statement treats “affordable” as a discrete category of housing, and diagnoses that there is not enough of it. The second statement applies to all housing, and diagnoses that it is all too expensive.” This long post analyzes housing issues in detail and links to other recent streets.mn posts before giving some policy direction; read it for better understanding of the recent housing debate.

Walk: Keep walking with Max Hailperin around Minneapolis neighborhoods, this time Walking All the Streets of Eastern Harrison.

Look: Chart of the Day: Perceptions of Electric Shared Scooters by Income, Gender really includes three charts, including the one in the title plus adoption rates of new technology and adoption rates of mobility services (Lyft, Uber, bike share, scooters, etc.).

Listen: Podcast #117: Saint Paul’s Ward 4 with Mitra Jalali Nelson features Bill Lindeke’s conversation with Saint Paul Ward 4 candidate Mitra Jalali Nelson in advance of the August 14, 2018 special election. Bill notes, “The goal of this kind of election coverage is to talk to people who aren’t running for high-profile offices, but rather running the down ticket elections, people who might not get a lot of attention or chances to talk about their campaigns and platforms in the mainstream press.” 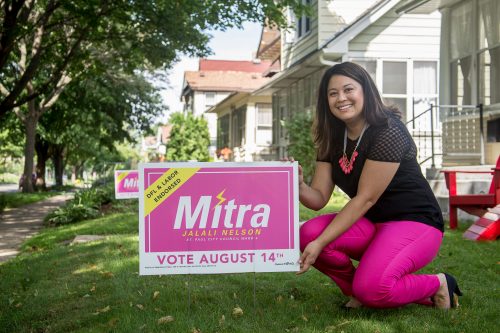