It’s Easter, Passover, almost Tax Day, and finally really Spring (and construction season is starting, too). Locally, its election season, too, so streets.mn is starting to work on its 2017 Voter Guide. If you have questions you’d like asked or issues you want discussed during the Minneapolis (mayor and Council) and Saint Paul (mayor), please tell us in the comments or via the contact form. Or, perhaps even better, you could write a post about your concerns; we especially encourage perspectives not already represented.

New Minneapolis Housing Projects Head to Planning Commission – April 2017 is cross posted from MSPyimby and highlights projects since “every time people hear about new housing being built, there are often groans of “Ugh, it’s always more bro/luxury apartments.” It’s not really true, so I wanted to highlight these projects. So here’s a real quick roundup (with links to city reports in the headers).”

The “Distracted Pedestrian” Distracts from the Real Safety Problem says Bill Lindeke: “For me, the “distracted pedestrian” angle is a red herring that, at best, distracts us from the real problem of street safety. At worst, this logic is a straight-forward case of victim blaming. I believe that public safety and engineering professionals should take pains to avoid using the term in any way that suggest equivalence with the real problems of distracted driving and dangerous street design. Anything less is irresponsible because it lets drivers and street engineers off the hook. I fear that this kind of framing will only lead to more tragic deaths on our city streets.” It’s a rich post with history, examples of how this issue has been framed, and how we might plan differently to solve the read problem: “the mixture of high-speed driving and walkable streets. It’s only getting worse as technology increasingly invades the driver’s seat. The real solution is technological and legal restrictions on phones in cars, combined with slow-speed street designs that force drivers to pay attention.” 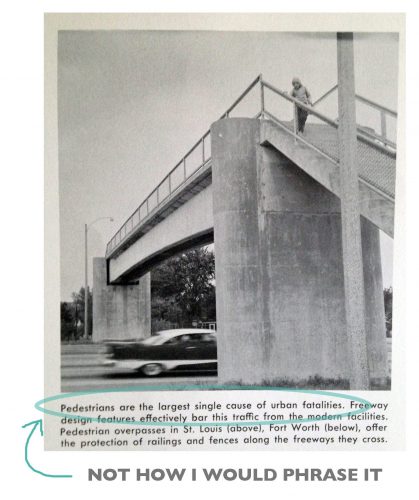 Downtown Needs Bathrooms says Adam Miller and he provides a catalog of types of public restrooms accessible to the public, a handy list of specific bathrooms, and some suggestions for improvements. The comments add a couple more lists of bathrooms available as well as adding some thoughts about how it would work.

Mike Sonn identifies The Need for #HousingnotBillboards in Saint Paul as he takes a look at the rooftop billboards (largely without standards) on low buildings and draws attention to the inconsistencies in planning debates. Multistory housing has been rejected as not in keeping with neighborhood character, but billboards meet no objection despite being just as tall (and having some other liabilities as well). Mike suggests readers tweet pictures with the hashtag #HousingnotBillboards (and there are quite a few photos on Twitter already). 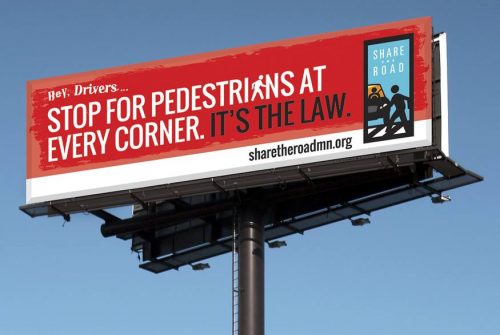 A Little Media History for streets.mn Readers from Andy Singer watches a film  and gives a quick review of news media from lead type print to streets.mn “Why is all this relevant to the readers of streets.mn? It’s part of our history. In the absence of good, in-depth reporting on local transportation issues, streets.mn and the national “Streetsblog” network have attempted to fill the void. streets.mn is just one of thousands of niche news blogs that are trying to make up for declines in the journalism industry. They don’t have offices, just digital space on web servers. These sites replaced paid professional editors, writers and reporters with volunteer, citizen journalists.” It’s not all bad, but what becomes news shifts when traditional news organizations go away.

“From the first expression of interest to the actual hauling of passengers, the gestation period for light rail transit in Minneapolis/Saint Paul turned out to be 44 years,” says Aaron Isaacs in The Long Road to Light Rail in the Twin Cities. The long road included considering the People Mover (it went to Detroit, instead) before the various boards and organizations, funding, and politics were assembled to get light rail up and running. 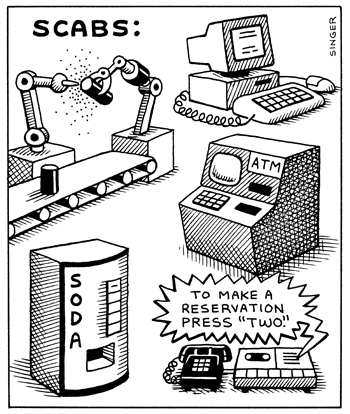