streets.mn has been named Best Website by City Pages for 2017 with the review, “At its best, Streets.MN is a data-driven but engaging conversation about what kind of cities Minneapolis and St. Paul might become. These writers want a Twin Cities that’s friendlier to bicycles, pedestrians, and mass transit. Whether they win that fight remains to be seen, but they sure are easy to root for.” Thanks City Pages! streets.mn is all those things, but streets.mn also includes many more perspectives – some data-driven, some highly personal, some geeky, some from Greater Minnesota, and some fun (and we’d love yours – write for us).

St. Paul’s Universe of Alternative Facts when it comes to bike planning is detailed by Heidi Schallberg saying “With last week’s City Council 4-2 vote to remove two traffic circles from the planned Idaho bicycle boulevard, most (Bostrom, Prince, Thao, Tolbert) of the elected officials of the City of Saint Paul have dragged the city into Trump territory, relying on alternative facts to support their decision. Except where Trump’s spokesperson used “alternative facts” to greatly exaggerate inauguration attendance, St. Paul used them to make identical intersections seem incompatibly different. Thanks to Council President Stark and Council Member Brendmoen for supporting the actual facts and staff recommendations.” The post reviews what the City’s own planning documents state and the less than accurate statements by Council members to the contrary plus commenters also note this decision was not made through the usual decision-making process, but at an assessment hearing.

Tom Basgen asks Are District Councils Really Just Homeowner’s Associations? and answers “yes.”  District Councils are at least not representative of the districts they serve, but the post is optimistic: “I’m not saying we should dismantle these organizations. Everyone’s voice is important. But so is perspective. Let’s rename them to “Homeowner’s Associations”, or reorganize them to put in place mandatory democratic structures, so that they reflect their community demographics.  A fine way to bring them back to reality would be to deny them official city recognition until they bend to accurately reflect the neighborhoods they bear in their name.”  Read on to the comments for some discussion of problems of process for including other voices, the history of exclusion in the Twin Cities, and some encouragement to get involved.

What the Heck is CLIC? is a handy explainer from Alex Tsatsoulis of the Minneapolis Bike Coalition: “CLIC stands for Capital Long-Range Improvement Committee. CLIC is made up of 33 resident representatives appointed by City Council Members (two per ward) and the Mayor (seven at-large members). The job of CLIC is to review projects brought to us by City of Minneapolis departments as part of the City’s five-year capital budget, and to then make recommendations for funding to the City Council and the Mayor based on a number of criteria.” The post details the process of how that works and how members can influence city budgeting and city streets. 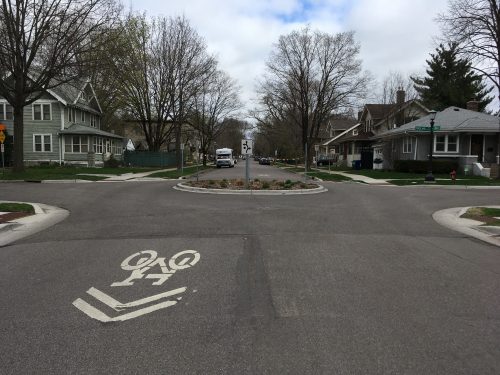 Spring Migration at Lake Calhoun from Aaron Isaacs shows us the variety (the large variety) of waterfowl on Lake Calhoun encouraging at least one reader to go take a walk. 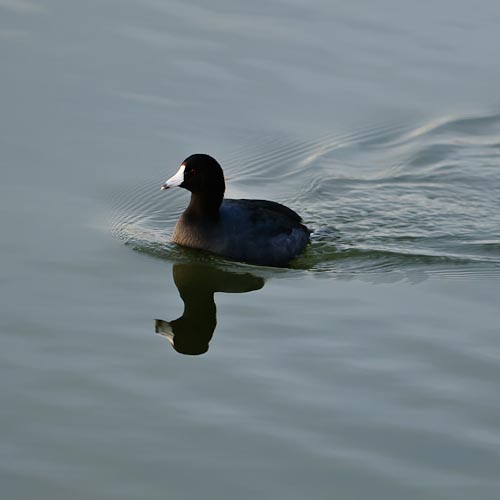 The Resurgence of Trains from Stephanie Rouse (crossposted from her blog theplanninglady.com) highlights an article about planning around train lines and the economic importance of rail through cities then provides a catalog of ideas for making trains through urban areas work well: “Despite your love or hate of trains for their disruptive tendencies, they provide a necessary function in our economy. They can also be a solution to environmental concerns and increase safety in the supply chain. I support their resurgence and hope to see cities embrace them and plan for their continued use.”

Transit Cuts – How Bad Could It Be? asks retired transit planner and birdwatcher Aaron Isaacs. The post details the proposed legislation, Metro Transit’s likely choices to make ends meet if funding is cut, and other considerations in regional transit saying “Last year the American Public Transit Association declared Metro Transit to be the Transit System of the Year. That accolade is well deserved. It took many years and a lot of hard work to achieve that level of excellence, and now the legislature is proposing to throw it away with the largest budget cut in history. Go figure.” 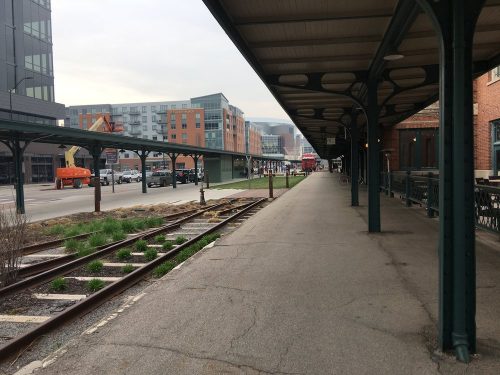 Listen: Podcast #100 – Skyways and Streetlife with Eric Dayton: Bill Lindeke talks to Eric Dayton, founder of the Minneapolis Skyway Avoidance Society as well as owner of the Bachelor Farmer restaurant and Askov-Finlayson, a clothing retailer (and, of course, son of Minnesota governor Mark Dayton).

Chart of the Day: U.S. Energy Consumption from Adam Miller who says “The main thing I wanted to highlight is the big chunk of “rejected energy” in the upper right. That’s waste — energy that’s generated but not actually used for anything productive — and it’s more two thirds of our total energy generation. Presumably it’s what’s lost in electricity transmission, unused heat or idling cars and stuff.” 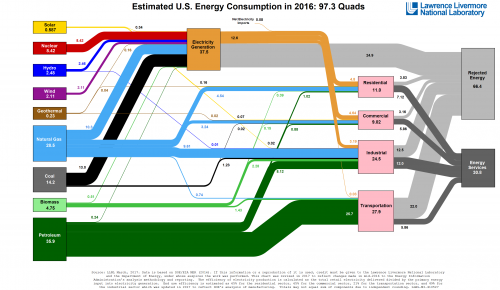