“Meet a Roundabout” is a new series of posts about roundabouts in the Twin Cities area that are improving traffic efficiency and safety. Posts include pictures and video of the roundabout and a history of how it came to be. This is the third post in the series. 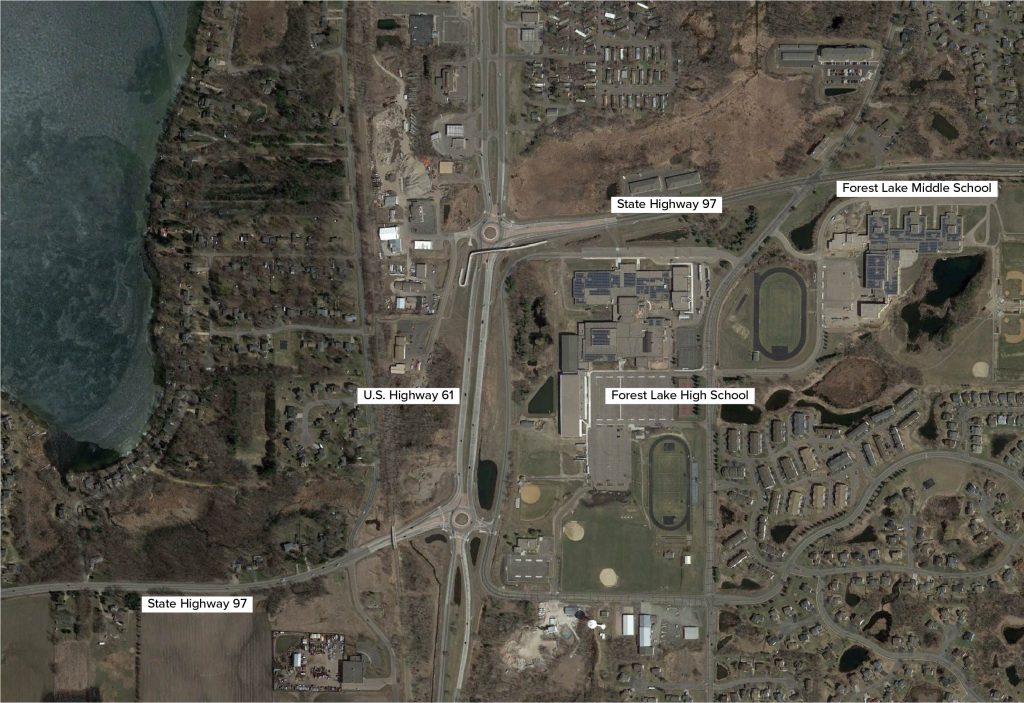 On Saturday, I drove my father to have lunch in Stillwater, then up to William O’Brien State Park near Marine on St. Croix. On our drive back to the northern suburbs of Minneapolis, we drove through a new set of two roundabouts. The northern one includes a pedestrian bridge from one side of U.S. Highway 61 to the other, giving pedestrians going to Forest Lake High School or Middle School a safer journey at a busy intersection.

Fun fact: As you can see on the satellite map, both schools feature large arrays of solar panels.

In 2016, the Minnesota Department of Transportation (MnDOT) spent $10.1 million to replace two sets of signalized intersections that together form the intersection of U.S. Highway 61 and State Highway 97 in Forest Lake. The project was slated to be completed before school began again in fall 2016.

Timelapse of traffic at the northern roundabout at U.S. Highway 61 and State Highway 97. Video: Author

Adding a roundabout to this high-traffic route has increased traffic safety. On August 20, 2019, a rollover crash resulted when a semi truck likely took the roundabout at too high  a speed. Notably, no injuries occurred. The suggested speed for the area is 15 miles per hour. In my time at the roundabout, I saw a near-crash when a car almost failed to yield to another car already making its turn through the roundabout. If a crash did occur, however, it would be a 20 mph fender-bender instead of a 60 mph red-light run. 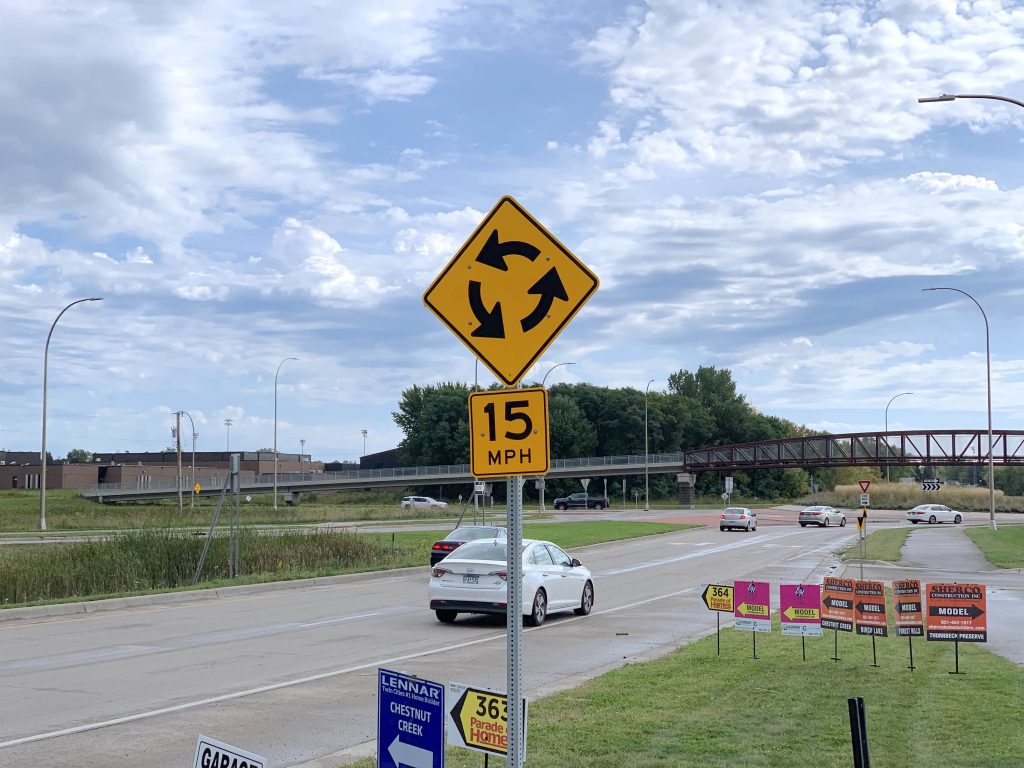 The suggested speed for the roundabout is 15 mph. Photo: Author

My experience as a pedestrian was generally positive, but it is still a car-dominated space. It helps to have the ADA-accessible ramp for students and other pedestrians crossing U.S. Highway 61, but it would be really nice if the vehicles dipped down and the pedestrians didn’t have a ramp at all. 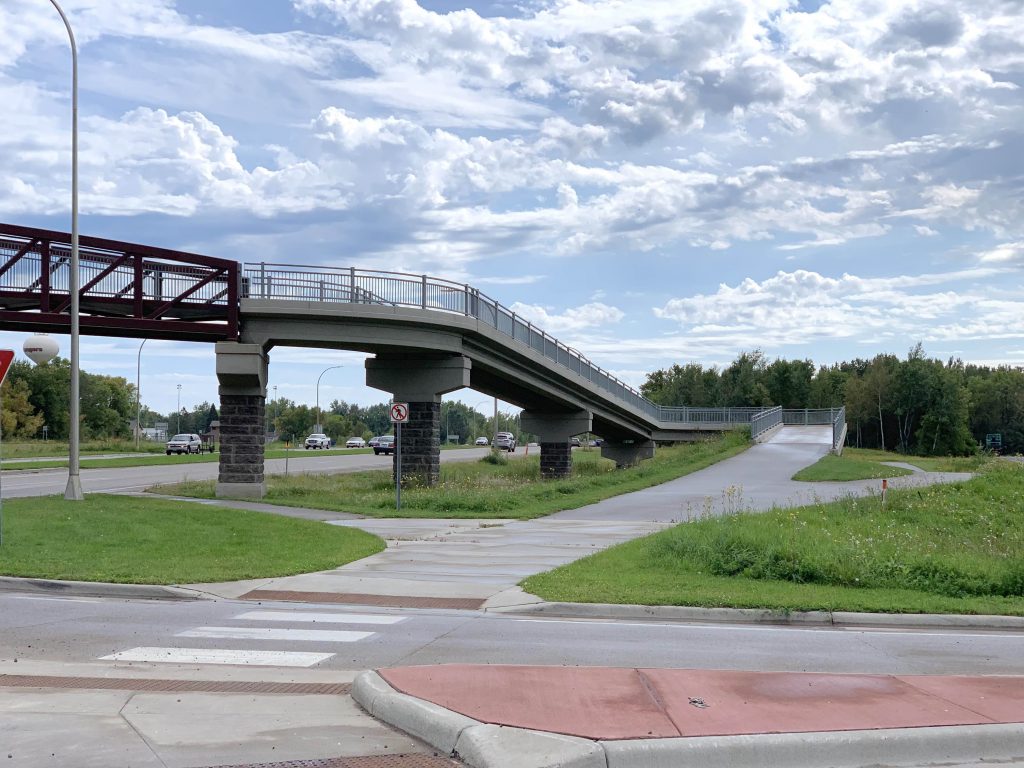 To the left is a pedestrian path to nowhere. Photo: Author

What do you think about this MnDOT roundabout? What would your perfect intersection look like? Share your aspirations and your drawings in the comments.