Welcome to July and beginning that post-solstice slide toward Fall (although the current heatwave makes that seem unlikely). Last week on streets.mn, the Minneapolis Comprehensive Plan update continues to figure prominently (there are about 3 weeks left for you to comment on the draft), plus some more good stuff:

Sheldon Mains reminds us that Minneapolis 2040 Is More Than Fourplexes and High-Rises (although streets.mn has had numerous posts on those aspects of the plan) and he shares his comments on four of the plan goals plus invites your input in the comments section. From reducing disparities (Goal 1) to living wage jobs (Goal 4), the post states the goal from the plan (and links to it) and an opinion. 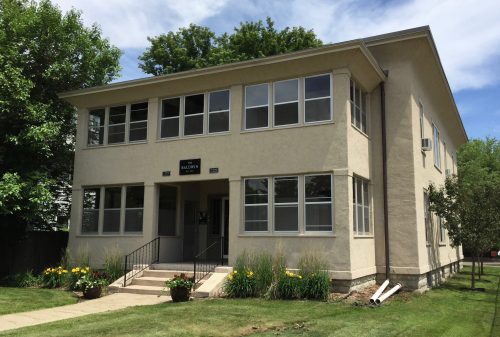 Robert Roscoe riffs on a song title to consider residential streets in On the Street Where You Live: Residential Streets as Outdoor Living Rooms where, “for the purposes of this writing, for many of us in city neighborhoods, the street is where we live and the street, to some extent, defines who we are. Our streets form our communities where we mingle with our neighbors and share various collective values. We take for granted that these roles are our variation of citizenry. Put another way, our residential streets have become our outdoor living rooms. In American neighborhoods the preeminent form of public space is streets.”

Ramsey County Highway 49 is Killing Rice Street says Ethan Osten, or rather the tension/conflict between Rice Street as a street serving the neighborhoods through which it passes and Rice Street, the Ramsey County road intended to move vehicle traffic quickly and the people on each side of these issues. Parking, however, is one of the problems Rice Street doesn’t have to have, “Rice Street could have plenty of parking–abundant parking, in fact, plus room for wider sidewalks buffered from traffic and bumpouts to attract pedestrians and even room for better bus shelters and improved transit service–if Ramsey County didn’t insist on maintaining a four-lane profile to help rush hour traffic speed through without delay.”

Monte Castleman continues the story with A History of Minnesota’s Highways Part Five (you can get up to speed with Part One, Two, Three  and Four) covering the 1940s and, especially, the expansion in the 1950s. 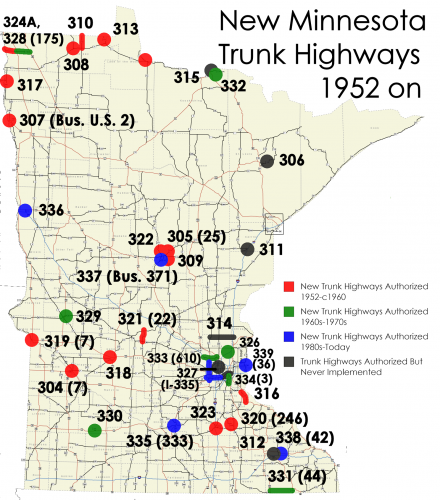 Why is New Housing So Expensive? asks Anton Schieffer and then he goes and takes a look at affordable housing projects seeking public funding. Considering several recent projects, construction costs per unit range from about $150,000 to $250,000. Recommendations for keeping costs down are multi-faceted, “Over the long term, the best way to combat high housing costs is to ensure we have abundant homes at all price points. We need to plan for the future by getting ahead today. That means allowing private developers to build more homes. It means subsidizing affordable and public housing to provide homes for people with low incomes.” Comments consider whether homes are more expensive now than they used to be (considering both the cost of the house and the financing).

Christa Moseng asks Who Gentrified This Minneapolis Starter Home? and understands that “Homeowners need to recognize and accept that we are being handed massive public subsidies, both while we live in our homes (the mortgage interest tax deduction) and when we sell them (the capital gains tax exclusion), along with other advantages that benefit us at the expense of everyone else (having a disproportionate voice in local government and neighborhood organizations). And, if you’re lucky enough to already be a homeowner, you have a significant conflict of interest” between wanting your own home to appreciate and also lamenting the lack of more affordable homes. Allowing more density in desirable neighborhoods is one way to begin resolving this problem. 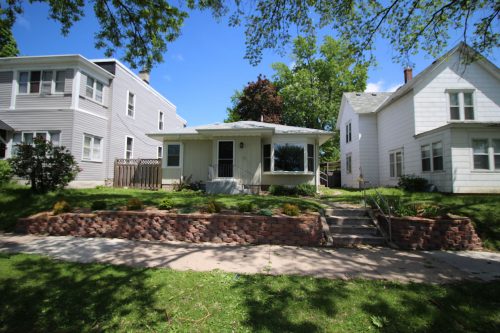 The gentrified starter home: The scene of the crime

Another quick look: Map Monday: Taxable Value per Acre for Hennepin County shows which areas are “generating the maximum amount of value for the space and resources they consume, and which are not.” This sort of map by Urban3 (and much more discussion) can be found over at Strong Towns.

Longer listen (with lots to look at): Bill Lindeke posts Podcast #114: Painting Suburbia with Carolyn Swiszcz.  Carolyn Swiszcz is a local artist whose “portfolio features amazing almost pop paintings of such landscapes as a Petsmart strip mall, the old Metrodome, the 3M Corporate Headquarters, and the Old Mexico restaurant in Roseville.” The post includes a selection of images of her work, too.

Long walk: Walking All the Streets of Southeastern Fulton is the third walk around Fulton with Max Hailperin.